Accounts of the angel of death have appeared many times throughout the ages. Sometimes this being is perceived as evil, other times it is portrayed as simply carrying out the job at hand. Take a closer look at the many interpretations of this mysterious figure.

Versions of the Angel of Death

Many cultures and religions throughout the world have their own view of the angel of death or the Grim Reaper. The term "angel of death" can be found in nearly every culture in various forms.

In Western culture, the Grim Reaper is the primary version of the angel of death. Cloaked in black, the reaper appears as a skeletal figure holding a scythe peering out from underneath a black hood. When it is your time, the Grim Reaper comes and takes you to the other side. It is his job to collect souls as they pass from one world to the other. This depiction of the Grim Reaper first appeared in the book of Revelation 6:1-8 as the fourth horseman of the apocalypse, Death himself. 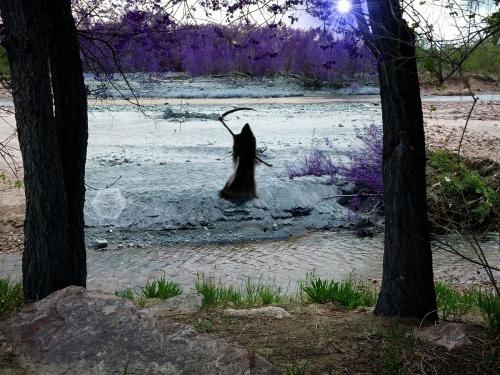 Angel of Death in Christianity and the Bible

There are many accounts of angels, both good and bad, specifically found in Christianity, Judaism, and Islam.

Is the Grim Reaper Evil?

Both of these accounts fit the general description of a death angel, although there doesn't seem to be a single angel that officially carries such a title. The thought of an angel that brings death is an ominous one indeed, and it's small wonder such a figure might be associated with an evil nature given many people's fears about what happens after life ends. This has led some people to a belief that there is a close link between the death angel and the figure of Satan. However, there is no Christian biblical reference that Satan and this figure are one and the same. Rather, the Angel of Death is portrayed as someone doing God's work to help people as they reach fated end of their lives.

The Death Angel and Islam and Judaism

The Islamic and Jewish faiths are more specific about naming a death angel. Islam speaks of Azrael, while Judaism has no less than 14 death angels.

The death angel is represented in many forms throughout classic and modern fiction. The most well-known version of this angel is in the form of the Grim Reaper in novels such as Charles Dickens' A Christmas Carol, where the last spirit which appears to Scrooge is the terrifying cloaked figure of the Grim Reaper. Today, this dark being remains one of the most popular subjects for modern fiction, such as the examples below.

The death angel is represented in a very wide range of forms throughout the media such as television and movies. The television show Touched By An Angel had a character named Andrew who was the one who delivered the death sentence. His character was kindhearted, and his role was simple to escort the person's spirit into the afterlife following death. More evil characters representing Death showed up in television shows like Charmed, or as a dark, misty and foreboding creature in the video game The Sims 2. There are also humorous examples of the Grim Reaper, such as in Bill and Ted's Bogus Journey, or in South Park, and Family Guy. Regardless of the medium, it's clear the mythology of the Grim Reaper representing Death has permeated throughout all aspects of modern society. This particular angel is recognized in almost every country and throughout every culture. 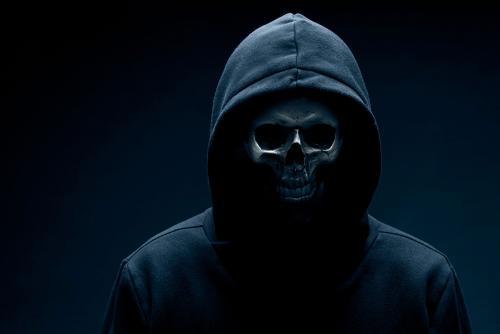 While many recognize that people often claim visitations by guardian angels, or sometimes possession by demonic spirits, a less common story told by witnesses is a visitation by a dark entity. However, these accounts do exist, and the stories are often told by people who have witnessed someone else's death. The following examples are a small sampling of true stories by people who have witnessed what many would consider visitations by the Grim Reaper himself.

Getting to Know the Grim Reaper

Given the variety of story themes and characterizations of death, this particular angel is one that does not follow a common theme for all people. For some, this entity represents an evil or demonic force. For others, it is a good being that is assigned to carry out the painful but necessary task of escorting human souls over to the other side. Still others view death as the classic figure with large bony fingers and a dark, hooded profile. Whichever way you view the Grim Reaper, the one thing that is clear is that it is one of the few angels that have captured the imaginations of a very large number of people around the world, religious and non-religious alike.