Reincarnation is the belief after you die and your soul or essence is reborn into another body. This process is also known as the transmigration of the soul, and many people believe souls reincarnate through multiple lifetimes.

The purpose of reincarnation is the continuing evolution of the soul towards enlightenment or return to oneness with Source energy (sometimes referred to as God, Spirit, or Divine). During its evolution through lifetimes, the soul seeks to experience and grow from those experiences until it has learned all it set out to learn. Some souls choose to recall certain aspects, talents, or skills learned in past lives that will aid in the current incarnation. Many believe child prodigies are such souls who have conscious and subconscious recall of skills learned in previous lifetimes. The personality, gender, and looks may change from one incarnation to another, but the soul is always the same soul.

How Your Next Incarnation Is Determined

The third step in the soul's cycle is a significant one. This scenario often creates heated debates. Some believe the return cycle is guided not by the soul but by the karma met and accumulated by the soul. Many others believe that in addition to human form, the soul returns in animal and plant forms. 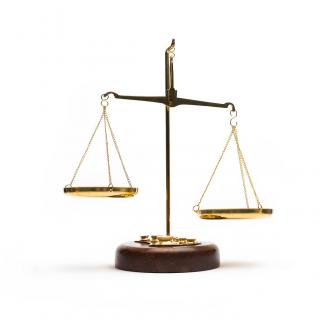 In the Hindu belief, the purpose of reincarnation is the playing out of karma, or the belief your choices and actions in this life will return to you in the next life in a manner that balances the energetic scales. For example, someone who is an abuser in one life may return as an abuse victim in another, according to this belief in karma. Metaphysical and New Age belief systems view karma more as a cycle or balancing of energy that occurs over the course of all lifetimes of an individual soul. It is believed that over thousands of incarnations, every soul is everything and experiences everything along the spectrum of human experiences. Therefore, karma in this type of belief is nothing more than natural law. Since your soul will be, do, and experience everything, then this weighing of energetic scales happens to every soul over thousands of lifetimes. When all of the karmic experiences have allowed the soul to experience itself fully as an incarnated human, the cycle of life, death, and rebirth can end for that soul.

Free Will and Reincarnation

Many people believe the soul undergoes a review process of its progression and growth when it's in-between incarnations. Examples of these beliefs include the following.

There are several difficulties with the second belief. The most glaring one is the circumventing of free will. Many believe God bestowed free will on the soul expressly so the soul could exert free will and by that free will, return to God. Only then could the soul join God as a true co-creator. To suggest that anywhere within the soul's evolution process, it can be denied to use its free will is impossible since even God doesn't interfere with the soul's free will. Therefore, it has to be surmised that each soul is responsible for its own choices and decisions to reincarnate.

If you accept the concept the soul is a part of God and is working its way back to God, the soul is much wiser than the human personality it's manifesting through. The soul typically chooses the necessary path for greater growth.

If all things belong to God, how can there be evil? The soul often creates what is recognized as evil when exerting its free will. The soul must learn and desire to exert its free will in a God-like way. Until that happens, the soul is considered rebellious.

Reincarnation and Progress of the Soul

Religions and Philosophies That Believe in Reincarnation

A large percentage of religious belief systems embrace reincarnation as the natural order of the soul's progression, including:

Ancient Norsemen believed in reincarnation as do Native Americans and the Celts.

Science's Attempt to Prove or Disprove

Ever since Decartes' elevation of science in the 17th century, science is used as a barometer of truth and reality. Scientists attempt to quantify, prove, or disprove the existence of the soul and, of course, reincarnation. Science feels it has sufficiently explained away near-death experiences (NDE) as nothing more than brain chemical reactions. Love has been pared down to chemical reactions that mislead people into believing emotions are no more than physical response mechanisms.

What science fails to grasp is the force behind the physical reactions. If the soul exists, it uses the body as a vehicle to move through life and gain more experiences. To discount NDEs and love as nothing more than physical chemical reactions is like saying that a car stops because the brakes are applied. While the statement is true, it only explains the physical response of the car with no consideration of how or who has manipulated it to perform the physical response. In this case, of course, it's the driver. In the case of the human body, it's the soul.

It's All About the Journey

The important point of the reincarnation process is how the journey aids the soul in growing and evolving until one day the soul no longer feels a need to reincarnate. This definition of reincarnation concludes that the soul's incarnation cycle is complete. The soul is now evolved into a whole entity and ready to return to the Creator.