Paranormal encounters with supernatural beings, especially demons are life altering. There are several ways you can protect yourself from demonic encounters, but you must first recognize the signs of this evil force entering your life.

Being ignorant of the signs of a demon can cost you not just your life but your very soul. Being prepared and aware of these signs can save you.

You should always trust your instincts over attempting to rationalize what you sense or feel. If you feel something is wrong, then you should honor that instinct and take action to avoid it. This could something as simple as avoiding going inside a new place or rejecting an invitation from someone. These are your first warning signs from your inner compass (soul) reactions trying to guide you away from evil.

The demonic trap can be sprung by something as simple as moving into a home unaware that satanic rituals were performed in the house. In these cases, a channel was intentionally opened to allow demon(s) to take up residence. 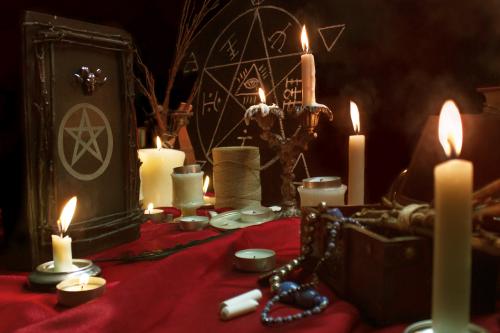 A demon's mission is to torture human souls. There are various traps you can fall into if you are unaware, such as inexperience in conducting seances, channeling or even using a Ouija board. Any type of divination can be perverted by a demon when used by someone ignorant of self-protection and proper use.

If you don't know what you're doing when using a divination tool, you can be lulled into believing you've contacted a deceased relative or a guide waiting in the wings to be invited to help you. This is why you must have a very keen sense of discernment if you attempt to use any divination skills.

If you haven't done the work toward establishing a strong spiritual inner core, you could fall victim to this type of demonic attack. The fight for your soul is a real battle that you could be forced to wage if your personal convictions aren't strong enough to fend off a demon.

You could find yourself dealing with a home built over a vortex or other type of energy portal. This type of doorway isn't discriminating, and all manner of entities, deceased souls and demons can pass through such an opening. The best solution is to move away from the portal into a different house.

Signs of Paranormal Encounters With Demons

There are some very distinct signs that you've encountered a demon. When you put all the signs together, you can immediately see the overall presence of your demonic resident.

Unexplained foul odor(s) that suddenly invade your home, usually Sulphur orders. The smell can leave just as quickly as it arrived. There is no logical reason for the odor existing.

Most homes have various creaks and sounds due to HVAC systems, water heaters, water pipes, and the continuous settling of a home. However, distinct knocking sounds, especially in threes (Trinity mimicking) should make you take notice. Often these knocking sounds occurs between midnight and 3:30 am.

A threatening growling sound is an obvious clue that you're in the presence of a demon. This growl is not like the kind a dog makes. Instead, the demonic growl is primal and sounds like a wild beast. The deep throated sound starts out soft and low and grows in volume. Many people report the sound vibrates in their chest.

Chills With Hair Standing on End

Another sign of a paranormal encounter with a demon is the physical reaction your body has the presence of evil. This instinctive reaction includes whole body chills and involuntary whole-body shudders. The fine hair on the backs of your arms as well as along the nape of your neck tingle and in some cases literally stand on end in reaction to the electromagnetic energy presence.

Another physical response to the presence of evil is a sudden bout of nausea. In an extreme case of highly sensitive intuitive, it not unusual to be stricken with a sudden illness. This can become a long-term complexing and elusive illness that doctors are unable to completely diagnose or incorrectly diagnose.

Possession by a Demon

Typically, a demonic possession is the result of an invitation, whether it's given knowingly or innocently. A possession often begins with an illness. Unless you're able to break free of the demon's grasp, your health will spiral downward as though you're careening downhill out of control. If you can't pull yourself out of the demon's grasp once it has manifested a physical illness, the next move is to attack you mentally and spiritually. 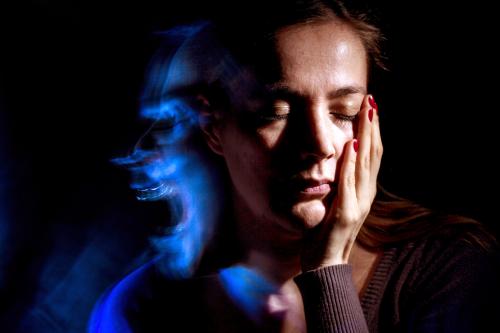 Beyond the physical, the demon will torture you mentally and spiritually - 24/7. You'll lose touch with reality and be unable to tell what is real and what are demonic manifestations. You'll be caught up in a constant mental battle that includes questioning your own senses, bouts of severe depression, crying jags, and other symptoms of a tortured mind.

Hatred Is a Prevalent Symptom

Hatred is the main emotion seen in someone possessed by a demon. It is a rabid and irrational voicing of pure hatred. You will literally hiss in an angry tirade. You can appear normal in other ways and move about your daily life. However, the demon is clearly exposed through its irrational bouts of anger and expressions of hate, especially when directed toward an individual.

In addition to the physical and mental changes while doing battle with the demon, you'll find yourself in a never-ending spiritual battle while the demon demands you accept and give that control and dominion over your soul. If you give in to the demon as a way to end your suffering, the demon will easily move in, claim ruler over your soul and take complete possession of your body and mind.

Unfortunately, even if you can resist the temptation to relinquish control, the demon's torture will intensify. At this point, it's believed that your only salvation is an exorcism by a real life exorcist.

Many people have experienced what they believe were encounters with demons. Some can do battle and win, but it is always a battle of wills.

Mother Teresa and the Devil

There is a very famous story of how in 2001, months before she died, 87-year-old nun Mother Teresa became ill and an exorcism was performed. That decision came from the archbishop Henry D'Souza of Calcutta since Mother Teresa became restless and pulled out all the monitoring wires and IV.

Hannah Tidy offers several real stories of demon encounters in with book three in her Ghost Stories series. Among the tales is the famous Roland Doe possession that recounts the 1949 supposed possession of a 13-year-old boy that inspired the 1971 book The Exorcist and the 2000 movie Possessed. 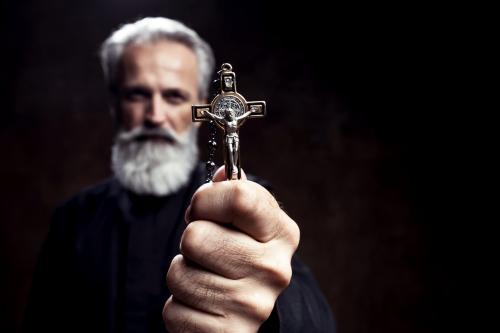 The story of Roland Doe (Robbie Manheim) began when his aunt, a spiritualist, died and the boy began acting strange. The Ouija board was later blamed for his possession. Objects moved and levitated around the boy, he was reported to speak in multiple and foreign voices. He broke a spring in the mattress during one exorcism and slashed the priest's arm. Eventually after several exorcisms, the child was declared free of the demons.

Hannah Tidy also shares a 2014 Christmas Eve nightmare tale of a British family who made the mistake of attempting to contact the dead through a spirit board. The father was convinced the contact allowed evil spirits to enter his home. He grew paranoid and drowned the family pet and attempted to hide the dismembered body in a ditch. From this point, the insanity escalated.

The Bible chronicles tales of possession and exorcism. The New Testament reveals Jesus, the Christ, casting out demons of the possessed. In Matthews 9:32, Jesus exorcises a demon from a mute man who is then able to speak. In Mark 9:17-29, a young boy is brought to Jesus. The child is possessed by a demon and Jesus the Christ demands the demon come out of the boy. The demon cries out and leaves the boy.

The story of the demonic possession of Anneliese Michel was portrayed in the movie The Exorcism of Emily Rose. Anneliese died in 1976 after years of what she and her family believed was a demonic possession. When she was 16, Anneliese had a seizure that was later diagnosed as epilepsy. Her life careened downhill from this point with medicines of no help.

By the time she was 21, Anneliese, formerly very religious, couldn't stand religious objects. A friend complained while on a religious sojourn that Anneliese smelled of Sulphur. After 70 exorcisms and a year of poor nutrition, Anneliese died of malnutrition and dehydration. Her family and the priests were charged with negligent homicide, but the court ruled they'd suffered enough and no jail time was given. Disturbing recordings of her possession were introduced in the court.

Demonic Possessions on the Rise

According to The Atlantic, cases of possession are on the rise. This was verified in a December 2018 interview with the official church exorcist for the Indianapolis Archdiocese, Father Vincent Lampert. Father Lampert stated that in 2018, he received 1,700 exorcism requests.

Evaluating Your Paranormal Encounters With Demons

Paranormal encounters with demons don't necessarily mean the person becomes possessed. It's often advised to remember you are a sovereign being of God given dominion over all things under God and that includes demons.