Someone with the psychic ability of empathy, also known as being an empath or an empath psychic, feels the emotions and physical pains of others as intensely or more than his or her own. Empath abilities cause a barrage of sensations that can over-stimulate the pschic empath and even manifest as anxiety or erratic behavior.

What Is a Psychic Empath?

An empath psychic is someone highly sensitive to energy surrounding them. In fact, they are so sensitive they have the ability to feel others' emotions, or in some cases their physical sensations, as if their own. In the case of feeling another's physical sensations, this is known as being a physical empath. This can lead to someone who is unaware they have empathic abilities to experience a host of physical and emotional issues that can be quite confusing.

12 Signs You're an Empath

Someone with empathy powers is so sensitive to the energies surrounding them, especially the energies of other people, she can fall victim to tremendous stress and inner conflict. Some signs you might be an empath include the following:

Until the empath stops to examine their individual processes to determine if he's operating on strictly empathic abilities or a team of abilities, it's difficult for him to find ways of controlling the information he receives. It requires time and patience to test himself on each possible ability but once a baseline is established, it's easier to see how each psychic ability is connected and how all of them interact and function. 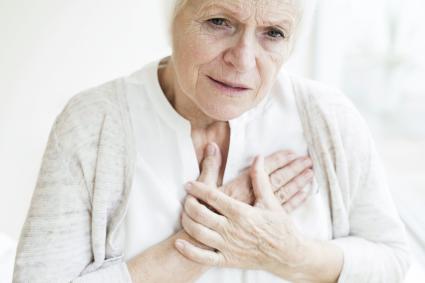 Can Anyone Be an Empath?

Like other psychic abilities, no one is certain how or why these abilities exist, how they work, or why one person might have them while another doesn't. Some people believe it's a genetic transference since psychic abilities seem to run in families.

Another theory proposes many psychic abilities are mysteriously connected to individuals who've had a Near Death Experience (NDE). In these cases, it's believed that a person who has returned from such an experience has opened some kind of door or connection between the physical and spirit worlds. This connection then somehow imbues the person with psychic abilities.

How to Control and Strengthen Empathic Abilities

The inexperienced empath is usually overwhelmed by the sudden flood of information she receives, especially when these experiences happen to them as a child. The feelings and even physical sensations an empath picks up from another person can be stronger than theirs. This makes it very difficult to distinguish which emotions are theirs and which ones belong to someone else.

A child doesn't have the coping mechanisms of an adult. This psychic ability can make the child high-strung and overly emotional. If the empath doesn't have someone in their life who understands what is happening, she can be misunderstood. Sometimes, the child can be misdiagnosed as having various emotional or mental disorders. Children can become trapped in this framework early on and remain defined by an illness or disorder their entire adult lives.

Many empath psychics find a physical solution to the flood of emotions and other sensations by living in sparsely populated areas to have a facsimile of a "normal" life. A rural lifestyle doesn't mean the empath becomes immune to the emotions and energies of others, but you certainly may be able to cope better than you might in a metropolitan environment.

If you are an empath, it's highly helpful to have a confidant you can confide in and never worry about being judged. Unfortunately, anyone with psychic abilities often feels isolated and even ostracized for being different. Those feelings are often compounded by the many feelings you experience from other people, and they can become debilitating.

Work With a Mentor

Working with an experienced psychic who has empath powers is a great way to learn to both control your abilities and strengthen them. As you learn the best ways to work with your abilities, they grow stronger and more directed with practice.

Use Techniques to Control Reactions

There are several proven techniques that can help empaths minimize and even shut down their empathic abilities. The problem with shutting down is that the person often becomes irritable and nervous since empathy is a normal function.

One simple technique for controlling empathic abilities is visualization.

Living as an Empath

If you're an empath, you must learn how to minimize the personal reaction to information you receive. This comes with a lot of practice and eventually, you will be able to distinguish which emotions are yours and which ones belong to someone else.