Reincarnation Stories of Past Lives

Fifteen amazing past life experiences hold similar elements of reincarnation through experiencing spontaneous past life recall, past life regression or receiving a past life reading. Real reincarnation stories of people who believe they've lived before are fascinating. Many people feel the discovery of past lives is a life-changing experience.

In this story, Donna Ciaciarella (now deceased) described one of her past life readings. In one particular reading, a woman wanted Donna to describe her relationship with her son in a past life. Donna described how the boy had 18 pet rabbits that he loved deeply until the mother cooked six of the rabbits so that the family wouldn't starve. The boy was very angry but remained silent. After the reading, the woman admitted that in this current life her son has 20 stuffed rabbits that he sleeps with and is very protective of them. Perhaps her son's past life experiences meant he was still holding on to those past life memories.

A Past Life as a General

In the book, Someone Else's Yesterday, Jeffrey Keene details his past life experiences visiting a Civil War battlefield and the grief, despair and anger that consumed him while he was on the field.

Jeffrey describes how the experience led him to eventually learning that he was the reincarnation of Civil War General John B. Gordon. Instead of a hypnotic past life regression or a spontaneous past life recall, Jeff uncovered physical evidence such as past life birthmarks and physical features that show his striking resemblance to the General.

In 2009, a reader submitted his own story to the once popular Archive X collection of paranormal stories at WireNot.net (defunct). In his story, Richard describes entering a past life regression therapy session as a skeptic.

During his hypnotic regression, he learned that he was a Londoner named William in 1856, and that he and his friend, Parker, had murdered a number of women throughout the city. Richard left the session both sick with disgust about his past life and a believer in the reality of past lives.

One woman tells of recalling a vivid memory of being a Jewish woman in Germany or Austria who was arrested, along with her husband, and boarded the trains with other prisoners.

During a transfer at one particular train station, she boldly stepped out of line and entered a crowd of townspeople. She slipped, unnoticed, into the town and escaped the fate of the rest of the prisoners. Unfortunately, during her time living among other underground escapees in the town, she eventually succumbed to the terrible cold weather and died.

A Pilot in a Past Life

In 2004, a young boy named James Leininger started experiencing nightmares about a man dying in an airplane crash.

In time, James revealed fascinating facts about his past life to his parents, including the type of plane he flew, the fact that it was a plane that often had flat tires because of hard landings, and even the name of the boat his plane launched from, the Natoma. Without any exposure to anything other than children's shows, the young boy revealed details about a WWII pilot that he couldn't possibly have learned. His father researched and confirmed that all of the details the boy shared were true.

In 2006, the Sun reported on a young boy named Cameron Macaulay who, from a very early age, told stories about his past life on the Isle of Barra. Cameron shared stories about watching the planes land on the beach from his bedroom window, playing in the rock pools near the house and even mentioned that his previous house had three bathrooms.

Eventually, a documentary company convinced the family to take Cameron to Barra. Sure enough, each detail the child had described to the parents was accurate.

In 2004, the New York Times reported about a U.S. citizen named Erdne Ombadykow, born of immigrant Kalmyk parents, who went to a monastery to study when he was seven years old.

On the popular spiritual website BeyondReligion.com, reader Vicki Pocock wrote a post detailing how her daughter, at age three, was coloring while Vicki and her husband were watching a documentary about 9/11.

At the time they were watching the documentary, it was almost nine years after the 2001 event. When the scene was shown where the planes crashed into the buildings, the three-year-old daughter looked up at the screen and said, "I died there." Her reaction convinced her parents that reincarnation is real.

On the blog of Animal Communicator Karen Anderson, Karen describes her own past life regression when she learned that she was a rancher in Montana or Colorado named Elijah Kincaid.

During a hunt for a mountain lion, Elijah fell from an outcropping and seriously injured his shoulder. In her current incarnation, Karen has always suffered from phantom pain in the same shoulder, even though she'd never suffered an injury there.

In the book Ripples, Jenny Smedley describes living with depression for many years until one day she saw Garth Brooks for the first time on television, and her depression lifted completely. She decided to become a songwriter and a very successful one.

With her depression gone, she went on to live a fulfilling life with hypnotherapy and events proving that her past life memories were real and had a lasting impact on her life. Eventually, she even met Garth Brooks and told about her experiences in her book.

Shanti Devi was born in Delhi, India born in 1926. She began telling her parents about her home, family and life there when she was just four years old. Shanti claimed Mathura, some 90 miles away, was her home. She stated she'd lived there with her husband and had died during childbirth. She provided quite a few details about her life and her home. The late past life researcher, Dr. Ian Stevenson verified these details, including her husband and her death due to c-section complications.

Victim of a Flood Evacuation

A waking past life recall was told by Bonita Henderson in 2004. She described a memory of a different family that she knew as her mother and two siblings, although she feels she was too young to talk, much less know their names. She stated they were eating at a table, but the woman she felt was her mother was very anxious and frightened. Hurrying through the meal, they were then evacuated due to a flood. She clearly recalled all of them being loaded into a wooden rowboat, but not knowing what it was as a child.

Checking with her mother and brother, Bonita present family verified none of them had ever evacuated during a flood much less been in a flood. Still, she's had the memory all her life. She explained it wasn't until she was 12 years old that her family owned a TV. They never went to the movies, so she stated there was no way she had borrowed the experience from either source.

At five years old, Ryan, a young boy living in the Midwest claimed to have lived before. He begged his mother to take him home to Hollywood. He recounted meeting various movie stars, such as Rita Hayworth. He claimed to have danced in Broadway shows and explained how he helped people change their names. Some believe he is the reincarnation of the famous Hollywood agent, Marty Martyn since researchers verified 55 details the child gave.

The following past life recall comes from the author Sally Painter.

"I participated in a privately funded, three-year paranormal/past life research project. I was regressed almost weekly during that period and discovered several past lives. One of my past lives ended with my murder in 1929.

My family in that lifetime were bootleggers, and I married an undercover agent for a U.S. Attorney assigned to infiltrate the bootlegging mafia. Caught between the two, I was murdered by a former gangster boyfriend in retaliation of my husband's subterfuge. That lifetime and many details were recounted by two other project participants during separate sessions. None of us knew about each other's regression sessions and the session data until later when comparing notes."

I Was Your Father

Discover Your Past Life

Reading about personal experiences people have with past lives and discovering who they were in a past life can be the beginning of an exciting discovery. You can explore your past lives using different techniques, such as developing psychic abilities and learning to meditate. 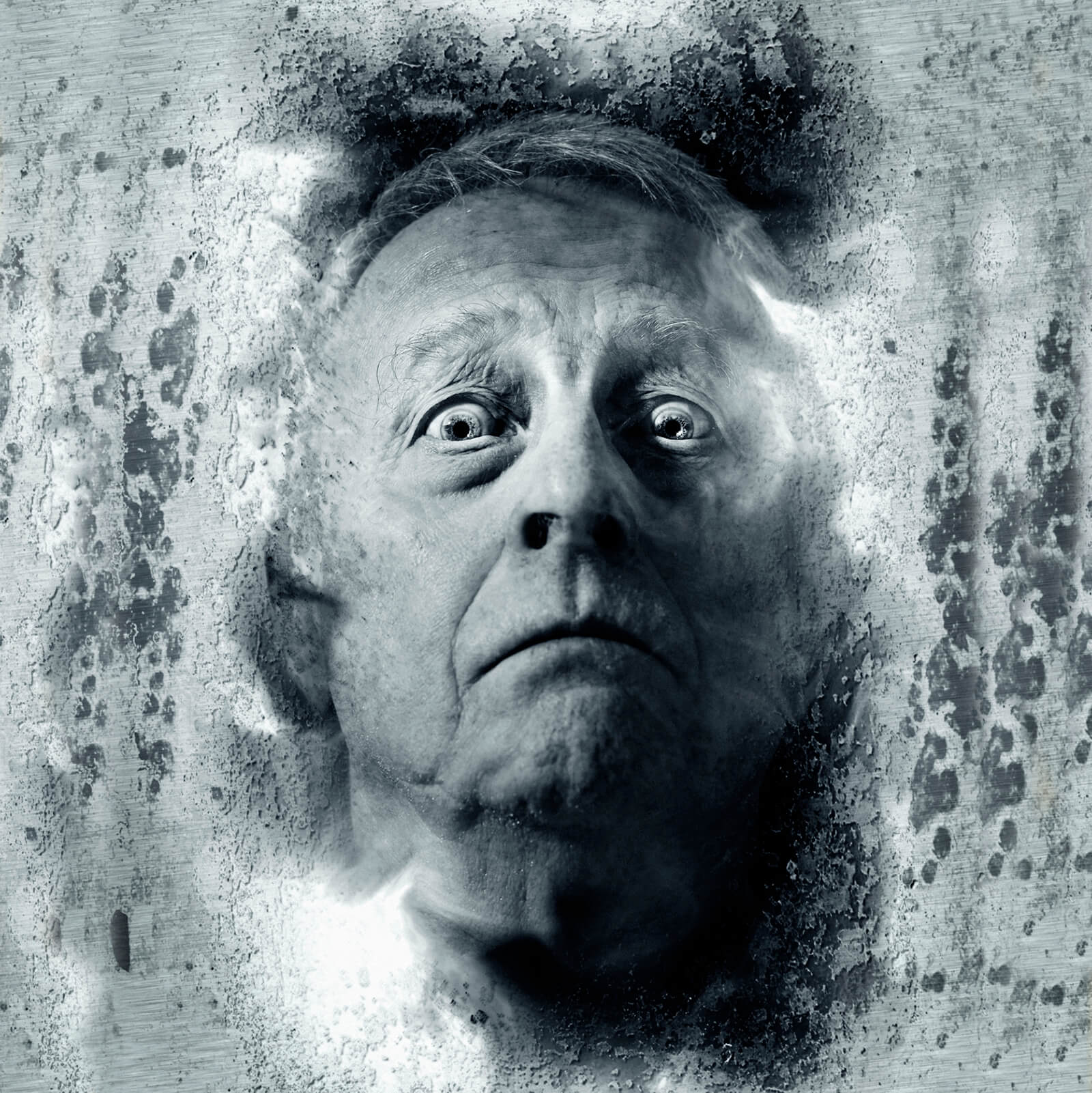