Urban legends become famous because they are scary but can also elicit humor, awe, or inspire fear. In most cases, you can recognize scary urban legends by their most popular feature. If a story sounds too good to be true, it often is.

With famed urban legends, it's often difficult to trace the origins of the story because it has been told and retold from person to person. Urban legends prey upon the fears or desires of the listeners, causing such a strong emotional reaction they spread so quickly and easily.

In the 1940s, the Boston Traveler posted a fantastic urban legend about the pregnancy of a young woman. The woman swore there was no way she could be pregnant, but it turned out that she had somehow swallowed microscopic octopus eggs. The eggs gestated inside her body and began spreading tentacles throughout. The tale was never proven, but it is still a prevalent story told throughout seaside towns, and it preys on fears of parasite infestation.

According to a story that started sometime in the early 1970s, Walt Disney's body was allegedly cryogenically frozen shortly after he passed away in 1966. As the story is told, the pioneering animator planned to be revived when technology allowed for it. The story claims the body is stored deep below the Pirates of the Caribbean ride at Disneyland in Anaheim, California. Disney's daughter, Diane, disputed the tale in 1972, but the legend persists because of Walt Disney's cult status.

Urban Legend About Cats and Babies

According to many urban legends, a cat in the same home as an infant can be a very dangerous thing. As the old wives' tales go, felines will jump into the cradle and steal the breath of the baby. Some new parents still fear this urban legend that still crops up no matter how often it is disputed by animal groups. The legend dates back to medieval times when cats were associated with witches as devil's familiars. People believed that a cat discovered in the cradle was there to steal the baby's soul (breath) and replace it with a demon. The legend may also persist as an attempt to explain the scary phenomenon known as Sudden Infant Death Syndrome (SIDS). 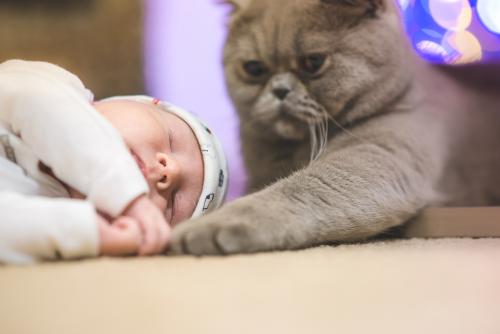 The Legend of Queen Cleopatra and the Snakes

Legend says that in the hour of her defeat, Cleopatra secreted herself away with the corpse of her fallen love, Marc Antony, and allowed the bite of a snake to rob Augustus of his chance to march the conquered Egyptian Queen through the streets of Rome as his slave. The legend received an enormous boost in the Elizabeth Taylor film of the same name, but archaeologists and Egyptologists dispute the tale. Cleopatra reportedly died alongside both of her hand maidens. One snake would not have had enough venom for all three, and no snake was ever found with the bodies. However, the romantic tale lingers, and a lack of explanation for the deaths provides added fuel for the legend.

Famed Urban Legends Around the World

Urban legends, such as Bloody Mary, aren't just found in the United States. Many countries around the world have their own famed urban legends that provide a glimpse of the fears and desires of different cultures.

The best urban legends become famous because they are romantic, terrifying or provocative in some way. In many cases, people actually want the urban legend to be true. Tales that bring alive another time, like that of Cleopatra's life and death, are especially exotic. Speculation and investigation are the only tools that may reveal the truth, but even then, there is no guarantee.