Facts about Friday the 13th explore the history and possible origin of the superstition. Urban legends and other stories about this date have promoted and embedded it in cultures.

Origin of Friday the 13th Superstition

There are two popular contenders for the title as origin of the Friday the 13th superstition. Both are religious in nature.

The most popular theory of how the Friday the 13th superstition began has Biblical beginnings. Specifically, the Last Supper is said to be the starting point. Jesus broke bread with his 12 apostles, making the dinner guest number 13 the centerpiece for bad luck Friday. Jesus was arrested on Friday thanks to Judas' betrayal and on Friday, Jesus was crucified.

Arrests of the Knights Templar

The Knights Templar (defenders of the Holy Land) were arrested on Friday, October 13, 1307 on the orders of France's King Philip IV. Hundreds of knights were arrested and imprisoned as part of the King's plan to loot their treasure. Many of the knights were executed.

Friday the 13th and Facts Reinforced

The concept of Friday the 13th being a day when bad and evil things happen has been reinforced over the decades by books, movies and even a haunted house attraction and entertainment company. 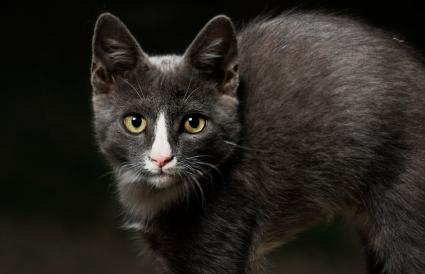 Reasons Friday Is an Unlucky Day

The unlucky energy of Fridays is defined in the book Dictionary of Phrase and Fable by Ebenezer Cobham Brewer (1898). Several examples of how Fridays are bad include:

Superstitions and Fears of Number 13

There are several superstitions and fears about the number of 13. Many stories, some ancient, depict the number 13 being unlucky.

Friday the 13th Clubs in Opposition to Superstition

There have been several clubs formed to thumb their noses in the face of Friday the 13th superstition. Each tempts fate with superstitious antics.

Founded in 1882, by Civil War veteran of 13 battles, Captain William Fowler's The Thirteenth Club was created to mock the superstition. Fowler and his members had great fun doing all kinds of unlucky things during the dinner. There were several chapters formed across America as well as spawning similar types of clubs, such as the Eccentric Club of London and a Philadelphia group, Friday the 13th Club (founded in 1936). Some interesting fact about The Thirteenth Club include:

Tale of Friday the 13th and Facts

There are numerous stories about Friday the 13th and the unlucky incidences associated with this date. Many facts about the number 13 and the day of the week have formed a worldwide superstition about this particular date.