When investigators capture a ghost voice on tape or some other digital medium that wasn't audible during the recording session, the recorded voice is considered electronic voice phenomenon (only heard electronically). The acronym for electronic voice phenomenon is EVP, and it is a term that is commonly bandied about in paranormal investigation circles. There are several classifications of EVP.

Class B EVPs are captured more frequently than class A. Most people can hear the class B EVP, although there is often some disagreement about what it is saying.

This type of EVP is usually the most commonly captured EVP. The voice is often heard in a very faint tone - or even a whisper. Class C EVPs can also be captured underneath a lot of background noise, which makes it difficult to distinguish what is being said. Sometimes these EVPs are completely unintelligible, but you know something is there. Other times these EVPs can be "cleaned up" through filtering and amplification to make them more audible.

Some investigators use an R classification. This signifies that the EVP is meaningful only when played in reverse.

Theories Behind Ghost Voices on Tape

There are a number of theories about how investigators may capture what they believe to be ghost voices on tape. The following are just a few.

Psychokinesis (also called telekinesis) is the affecting of physical matter by using the power of the mind. Some parapsychologists believe that when a ghost voice is captured on a recording medium, it is done psychokinetically. This is because of the belief that ghosts are pure consciousness, and therefore have no vocal chords to affect sound waves. In order for a ghost voice to be heard, it must psychokinetically manipulate the physical recording medium.

In this theory, it is believed that the investigator, not the ghost, is making the recording. Once again, psychokinesis plays a role; however, in this case, it is the investigator's desire to get a response that causes the voice to be imprinted on tape.

In this theory, it is believed that all of the past is stored as residual energy in a location. When a voice is captured on tape, it is merely the releasing of the stored energy.

This theory covers a lot of ground. For instance, what is captured as an EVP could be inaudible sound waves from a walkie talkie or a cell phone, or it could be radio transmissions coming through the atmosphere and making their way to an investigator's recorder.

Many believe EVPs are nothing more than a combination of background noises that have been distorted by whatever electronic medium is being used. For instance, a foot scuff can sound like a whisper, especially if there is electronic distortion of the recording media. EVPs captured outdoors are often the result of this type of background noise and distortion.

There are some things you can try to improve the quality of your recordings. 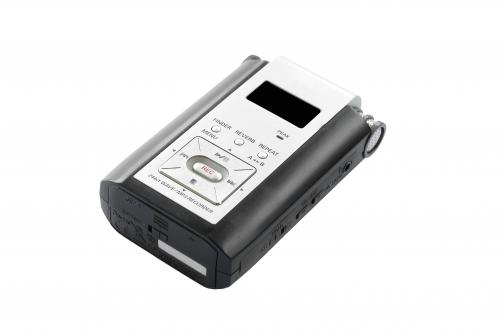 The Value of Ghost Voices

If you do capture ghost voices on your recording media, listen to see how clear it is and see if others agree with what you believe it says (don't tell them what you think it is saying; allow them to decide for themselves). Then, proceed with caution if you use it as evidence of the paranormal. Rule out all other logical explanations before you decide it was a ghost.