Who Are Ghost Hunters?

A ghost hunter enjoys the thrill of the hunt for ghosts. Many amateur ghost hunters first become interested in ghost hunting with their friends and are often self-taught. Ghost hunters search for ghosts in known haunted places, such as local cemeteries, abandoned buildings or areas described by local ghost stories. Many ghost hunters are inspired by the sheer excitement of possibly encountering a ghost. One of their goals is to prove the existence of ghosts.

Learn How to Become a Ghost Hunter

Some ghost hunters seek out the guidance of fellow ghost hunters. Some groups often offer basic ghost hunting classes/programs as well as ghost hunts you can join. Ghost hunter Mecca Hall recalls her very first ghost hunting experience at the Old Manse House in Concord, Massachusetts. She trained to become a ghost hunter by completing paranormal classes taught at the time by the Bay State Paranormal Society. Mecca says, "Taking their Ghost Hunting class was exactly what I needed to get my feet wet."

For most ghost hunters, self-education is the most common means of learning. This can be achieved through books, such as Mecca's favorite book, Picture Yourself Ghost Hunting by Christopher Balzano. She explains, "I became familiar with all aspects of paranormal investigations through those books and watching TV shows." There are many popular ghost hunting shows, such as Sci Fi Ghost Hunters and Ghost Adventures.

You need to learn different ghost hunting techniques and how to use different types of equipment. Some good resources online include, YouTube videos, eBooks, articles, and ghost hunting websites. Mecca suggests, "Practice doing investigations where you're comfortable, such as your home, a friend's home or a cemetery during the day." You can then practice analyzing the evidence you collected during your mock investigations. "Trial runs and practices help you become familiar with your equipment."

You can train yourself by focusing on a couple areas to gain confidence and hone your skill. Mecca says, "Fine tune your ears and eyes when you're listening for EVPs or going over pictures you've taken."

Search for any public ghost hunts being held and join in. Mecca says, "When you speak to local teams, ask if they plan to hold any public investigations in the future." Most public ghost hunts require a participation fee, but are well worth the investment. "You get to see other investigators at work, and you can compare what you like and don't like about their chosen methods," Mecca says. 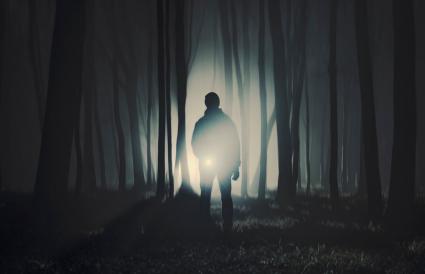 Whether you're a beginner ghost hunter or have participated in a few ghost hunts, you can benefit from a general ghost hunting class. "Find either a group or facility that teaches classes in paranormal investigation. I found taking classes and meeting people helped me become more confident in doing an investigation," Mecca says.

Networking with Other Ghost Hunters

Taking classes is a great way to connect with other like-minded ghost hunting enthusiasts. "Getting together with a group of people filled with beginners like myself as well as more experienced investigators allowed me to learn different aspects, such as the personal side of ghost hunting," Mecca shares.

One of the most valuable tools to a ghost hunter is finding a peer you can share your experiences as well as team up for ghost hunts. "It [classes] also allowed me to meet up with another beginner, and we've since become great friends it.

One thing many ghost hunters learn is discernment. Mecca explains, "I think so many people automatically think that any occurrence at a location dubbed "haunted" is something paranormal." She quickly learned that paranormal investigators will first look for an alternative logical explanation for that event. She says, "The class further instilled the importance of attempting to find explanations first and looking at all avenues prior to proclaiming it is potentially paranormal."

Once you feel confident in conducting your first ghost hunt, you need to select an appropriate haunted site. You'll need permission for any private property and most public locations require permission for nighttime investigations. 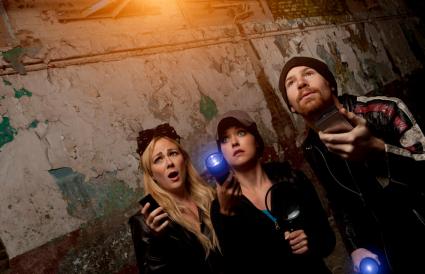 You may know of local places said to be haunted. If not, Mecca suggests, "Visit your library since most librarians will know of a haunt or two in your area." Even if your home or another area doesn't appear to be haunted, she reminds that you can often capture EVPs. This will give you more practice while you search a haunted site you can ghost hunt.

Once you've designated your location to conduct your first ghost hunt, you should conduct preliminary research. It helps to know a little about the history of the place you want to ghost hunt.

Mecca describes how she learned the history of the Old Manse prior to her ghost hunt there. She discovered several known deaths that took place on the property. "There were other speculated deaths that occurred on the property including the late term miscarriage of Sophia's first pregnancy after a fall on some ice," she adds.

Visit the Property Prior to Ghost Hunt

It always pays to visit the property/location during the day before your scheduled ghost hunt. Mecca explains, "I wanted to get there early in the day to take pictures of the outer grounds." This is a very important step in your ghost hunting process since there are often hazardous areas in old and abandoned buildings. "My friend and I spoke to a couple of Minutemen and Redcoat re-enactors as I took photographs of what I could."

As part of your pre-hunt preparations, you should conduct a walk through, if possible. "Once everyone else had arrived, we headed into the house to take the initial tour," Mecca says. If the premises are occupied, such as a public building or private residence, the custodian/owner may have significant insight on the type of paranormal activity going on as well as hot spots.

Ghosts aren't just active at night, so be prepared for possible contact during the walk through. "Not two minutes into the tour, my friend, who was the last one in line, felt a tug on her pant loop," Mecca says. You may want to carry a camera or other equipment with you during the walk through just in case. Mecca explains she had her camera ready and attempted to capture the ghost on camera, but there was no evidence of its presence.

Know Who Else Is on Premises

Before you start the ghost hunt, you should be aware of your surroundings and who else is there. If possible, you should know where everyone is, so you can avoid contaminating your hunt. Mecca says, "Due to the constant chattering of the investigators in the groups throughout the evening, my recordings were too contaminated."

As you gain more experience and get deeper into your ghost hunting activities, you may find it wise to invest in better equipment. For example, upgrading your equipment can help you filter out noise from other ghost hunters as well as allow you to capture better EVPs and anomalies. Mecca purchased better equipment. "It allows for a cleaner transfer [USB to computer] than the other one I used for the investigation," she says. 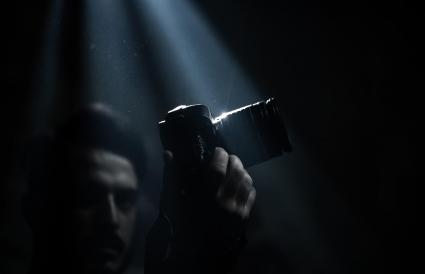 Be Prepared With Safety Precautions

There are many potential personal hazards when ghost hunting. Darkness is a common theme for ghost hunting since light often prohibits paranormal activity. You should be prepared with emergency supplies, such as water, first aid kit, food, blanket, and rain poncho. You should also pack extra batteries for your equipment since paranormal activity tends to drain power sources.

You want to be sure you have ample lighting options. Some ghost hunters use headlamps and glow sticks, and almost all carry extra flashlights. Mecca explains how it's easy to become frightened when ghost hunting in the dark. "Some [ghost hunters] were nervous about climbing the darkened stairwell of the attic, so I forged in front of them with my flashlight," she says.

To get the most out of your ghost hunts while you're becoming the best ghost hunter you can be requires patience. Learning anything new takes time and you will learn the most from your mistakes. Just remember every ghost hunter was once a beginner, too.