Psychic mediums work with an understanding of the spirit world. A psychic medium is able to communicate with spirits and serves as an intermediary between the physical and spirit realms. Psychic mediums may also have a variety of other psychic abilities.

Not All Psychics Are Mediums

There's an old saying, all mediums are psychic, but not all psychics are mediums. It's believed that everyone has some form of psychic ability. The depth and range of such abilities varies from one person to the next, the same way athletic abilities or musical talents vary from one individual to another. Mediumship also has the same degrees and ranges of abilities.

Psychic Ability Is Just Another Sense

There are many types of psychic abilities. Most psychics and psychic mediums would agree with psychic medium Linda Dalton that everyone has some degree of psychic ability. "This [psychic ability] is just another sense like hearing, touching and seeing. How many times have you been thinking about a song, and you turn on the radio and that song is playing?" She continues, "How many times have you thought about somebody and all of a sudden the phone rings, or you see that person?" Linda believes these are just another natural sense. "I don't think it's any more special than that; it's just that some people have a stronger ability for it," she says.

A large majority of psychic mediums recall their first encounters with the supernatural and paranormal at an early age. Some had incidences when they were toddler age. Many psychic mediums are fortunate enough to have mentors, especially generational psychic mediums whose mother/father or grandparent guides and eases them into a family legacy as a psychic medium.

Near Death Experiences and Mediums

There are some mediums whose abilities manifested soon after a near death experience (NDE). Some psychic mediums believe the NDE connected them to the other side and that connection remained once they were back among the living. This bridge between two worlds allows the psychic medium to communicate with spirits in the other realm. 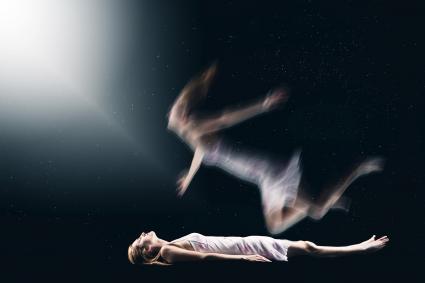 The majority of psychic mediums find themselves in this role, not having consciously chosen to be a medium. Their natural abilities can be confusing without someone to explain their gifts. Many mediums are also empaths. Linda shares, "For me, when I was a little kid, it was kind of like I could tell what people were feeling."

Those mediums blessed with a mentor, have the advantage of knowledge shared by older generations and passed on to the next. This brings an easier understanding and acceptance of their abilities. Those without a mentor have a more difficult path of growing into their abilities. They are often assisted by spirit guides who step in to assume the role of a teacher.

Some mediums believe their spirit guides imbue a greater connection to the other side. Eventually, psychic mediums discover one or more spirit guides who serve as ambassadors and sometimes interpreters, depending on how the medium prefers to communicate with spirits. Some prefer to speak directly with the spirit while others want their spirit guide to serve as a filter and go between. This is a personal choice and depends on what type of communication is most comfortable for the medium.

Most psychic mediums are sensitive to the energy surrounding people and spirits. This ability usually works in unison with other psychic abilities that aid them in interpreting what they are perceiving and in communicating with the spirits of the deceased. "You use it best by connecting to spirits, connecting to God, connecting to the kind of energy for what you're looking for," Linda says.

Understanding the Work of Psychic Mediums With Spirits

When connecting directly with various spirits, the psychic medium uses a preferred method of communication. This communication can be through divination tools, such as tarot card or angel card readings, a Ouija board, crystals and other aids. The tools serve like a telephone call that opens the line of communication with the spirit world. Some psychic mediums only need to close their eyes and they're plugged in almost instantly. Just as everyone has a different set of abilities and degree of mastery, no two psychic mediums work exactly the same way. 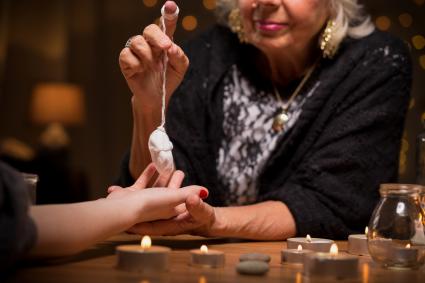 Another form of mediumship is trance work or channeling. This type of communication shouldn't be confused with the Hollywood portrayal of the character Oda Mae Brown in the movie, Ghost, battling with a spirit for control over her body.

It's important to distinguish between possession and trance mediumship. Possession is a violation of the person usually by a malevolent entity or demon. An experienced medium is not inviting this type of interaction with spirit. True trance mediums understand the principle of free will, how to exert free will and how to evoke various spiritual protections while working.

An adept trance medium shares her/his consciousness with the spirit. The medium never relinquishes her/his body to the spirit. The connection is more of a telepathic mind to mind communication. The degree of connection depends on the medium's abilities. That connection can often include a change in voice, accent and even speech pattern differences.

There are many law enforcement agencies that enlist the help of a psychic medium. Many times, this type of consultation is done very discreetly, although some agencies are open about using mediums on high-profile or cold cases.

Linda has participated in this type of psychic medium work. "All you do is just look at what's going on in your head, and then have enough trust in what you're seeing to put it out there," she says. Even when law enforcement doesn't reach out for assistance, she relays any information she receives. She says, "I put it out there, and if something happens, great. If I can do something physically to go someplace, then I'll try to do that, too."

New Possibilities by Understanding the Work of Psychic Mediums