Lisa Williams' medium work began after Merv Griffin discovered her. She was born in England, but her popularity exploded in the U.S. after her hit show Lisa Williams, Life Among the Dead hit the airwaves.

Lisa Williams is famous for her uncanny abilities as a medium and clairvoyant to talk to loved ones who have passed away. She has been interviewed countless times. Her show Lisa Williams, Life Among the Dead on Lifetime Television was a tremendous hit. She embarked on a nationwide tour and provided readings to large sold-out audiences across the country. She is now also an author, having published an autobiography entitled, Life Among the Dead.

Lisa Williams is fairly new to the entertainment industry. While working as a psychic and medium in England for years, her recent success only started when she met one of Merv Griffin's employees. The employee knew of Lisa's work and asked her for a reading. According to the employee, she was so impressed by Lisa that she mentioned the accurate psychic reading to her boss, Merv Griffin. Lisa was going to be a part of a program Merv was doing that included multiple psychics. After the show's pilot fell through, Merv asked Lisa to do her own show. 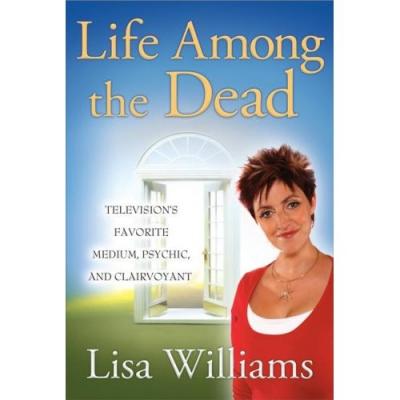 Life Among the Dead

Her hit show Lisa Williams, Life Among the Dead ran for two full seasons and gathered a tremendous following. The format of her show was one where cameras would film a typical day in her life where she offers private readings to clients in her office and on the street. The show also offered some insight into her home life with her husband, Kevin, and son, Charlie. Over the two seasons, viewers quickly learned that when Lisa removes her hat from her eccentric, spiky hair, she is signaling to the spirits that she's prepared to communicate.

Her TV appearances are impressive, and they include:

Lisa Williams has traveled nationally and performed in front of sold-out audiences across the country. Her show involves sharing her gifts with the audience by performing readings for members of the audience to whom spirits are talking. In a fascinating interview with Edge News, Lisa shared some unique experiences she had during a few of her shows.

Another convincing aspect of Lisa's life is that for years her own father tried to ignore her abilities because he didn't understand it and didn't want to talk about it. She reported that her father was proud of her, but had never attended one of her shows until early in 2008. She said once her father saw her show, he accepted her abilities and told her, "I can't understand it. I don't want to understand it, but what I do know is that you help so many people, and I know you're not a liar, so I know that obviously this goes further."

Unlike most mediums who perform in front of large audiences and have their own television programs, Lisa Williams has a very unassuming personality. She does not insist that people believe she can do what she does; she simply performs her readings and provides the messages to those who need to hear them. She is one of the few psychics who did not seek out stardom, but instead was found. Lisa Williams' medium success comes, in large part, because of her vibrant and energetic personality and her clear desire to help the people she interacts with find closure with the loss of their loved one.