Psychic trance mediums know how to channel spirits. There are many techniques a psychic medium can use to attain a trance state of being.

Understanding a Trance and Channeling Spirit

A psychic trance is a linking between the spirit and the medium, with the spirit using the medium's body and mind. This control is known as overshadowing. A genuine trance medium relinquishes control over to the spirit. A modern example of this type of control is depicted in the movie Ghost when the character Oda Mae Brown is overtaken by an uninvited spirit named Orlando.

The difference between a trance medium and non-trance medium is about control. One maintains control while the other gives up control.

A non-trance medium establishes a mental connection with the spirit but is in full control of her/his body and mind. This type of medium relays what is being communicated to them by the spirit. The medium often uses divination tools as the vehicle of communication with the spirit world, such as tarot cards or a pendulum.

A trance medium allows the spirit to speak through them and take control of their mind and body. This can be seen in a psychic trance medium speaking with an accent or even speaking a foreign language unknown to them. In an extreme deep trance, the medium can display physical mannerisms and gestures specific to the deceased. Edgar Cayce is one of the best-known psychic trance mediums.

There are a few ways a psychic trance medium can conduct a session. Some opt for the method used by Edgar Cayce, known as the Sleeping Prophet, where various types of information are given during a Q&A session. Another form is a healing session where a spirit healer takes over the medium's body. Some mediums prefer to conduct a séance. 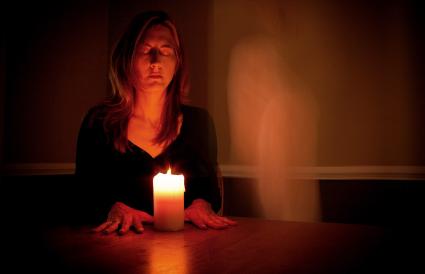 A psychic trance medium can go into a meditative or hypnotic state of consciousness for a trance session either lying down or sitting up. This method is often favored where a conductor (human guide) asks the spirit questions and conducts the Q&A session. Edgar Cayce's wife, Gertrude usually served as the conductor. His secretary, Gladys Davis, took notes and provided transcripts of the sessions.

Another type of trance mediumship is healing. In these instances, the medium allows overshadowing by a spirit healer. During a session, the medium turns over their mind and body to the spirit healer who then proceeds to conduct energy work on the client. There are many reports of people having instantaneous healings.

Some mediums prefer the venue of a séance for communicating with spirit. Fifth-generation psychic trance medium and author Maureen Wood began conducting séances when she was a teenager. "I used a combination of spirit communication and automatic writing," she explains. Things intensified and after three years, Maureen stopped conducting séances.

Trances and Degree of Spirit Control

Depending on the psychic trance medium, the amount of control the spirit has over the medium can vary. These all center around the medium and her/his ability to relinquish control to the spirit. The degrees of trance have a range from light to extremely deep trance levels.

Not everyone is confident enough or trusting enough to relinquish complete control of their physical and mental being to a spirit. There are certain precautions a trance medium needs to take to avoid possession.

The exertion of free will is something recognized as absolute in the spirit world. Even God doesn't interfere with individual free will. It is only through the exertion of free will that a soul chooses to return to God. Therefore, when the person (their soul) relinquishes control over the physical body, it must be by free will. Otherwise, it becomes a possession, which is a violation of spiritual law. If a person gives up that control by free will, the spirit has the right to enter the person's mind and body.

Danger of Giving Up Control

There is a danger for anyone relinquishes their free will. The spirit may be a lower-frequency entity attempting to deceive the medium. If this happens, it will be very difficult for the medium to reclaim their body and can only be done by the exertion of free will. This sets up a battle of spirits.

Even when a psychic trance medium is trained and understands the risks, the work can take a toll on the medium. There is a mix of possible dangers, some even sinister. Maureen explains, "Although I had been trained by my mentor in ways to protect myself, I never truly understood the depth of what I was doing and the havoc it could wreak on my life." It was 25 years before she conducted another séance.

Some of these negative side effects include:

Prior to going into a session, the medium will meditate to establish a strong and solid connection to the spirit world. The medium will install several safeguards to prevent demonic and other low-level entities from attempting to hijack them. 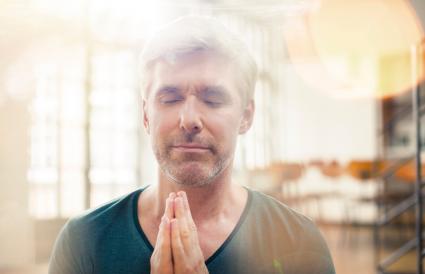 Many Methods of Spiritual Protection

You can explore other ways to protect yourself from psychic attacks. "Having a strong faith and knowing I am protected gives me the courage to persevere," Maureen says. "I often bring along numerous methods of protection: protective stones (black tourmaline), rosaries, holy water, liquid sage, and coins (metal for grounding)," Maureen explains.

Even experienced trance mediums run into issues that are considered dangerous. Maureen advises, "Although I consider myself strong and protected, I am not foolhardy. I consider the extra protection is like peeling away an onion. If a spirit tries to hurt me, they will need to break through the layers."

Some trance mediums work alongside paranormal investigators. Maureen is part of the ghost hunting team, New England Ghost Project (NEGP). In spite of spiritual protection, Maureen admits, "There is still a small level of risk associated with every investigation."

Psychic trance mediums work in service to the living and the dead aka spirits. Maureen believes she helps the living by validating ghostly encounters. She helps the dead by assisting restless spirits to find peace.

Some people believe spirits are often tethered to the physical world through emotions. This is often a negative emotion. Maureen explains, "It's my belief that I'm giving that spirit a chance to release whatever it is they are holding on to." Through communicating with the spirit world, she guides them to let go. "By letting go of the denser energy, anger for instance, spirits can choose to stay, or move on to that better place."

It's best to understand how psychic trance mediums channel spirits. That way you can decide how you'd feel being overshadowed by a spirit and to what degree of control you'd allow.