For amateur ghost hunters, orb photography provides an easy entrée into the world of paranormal investigation. There are several things you need to understand prior to declaring you've taken a photo of a ghost orb.

Yet, most paranormal investigators dismiss ninety-nine percent of images in orb photography as dust, mold, pollen or other natural phenomena. Paranormal researchers view the remaining one percent of orb pictures with skepticism. Most believe orbs indicate energy in the area. Investigators aren't sure whether this energy is a spirit manifestation or an as yet unexplained natural phenomena.

Orb images can be captured using either digital or film cameras. Digital cameras provide the most cost-effective way to capture images of spirit orbs, yet they also produce the most controversial images. Digital cameras download images directly onto a computer, and most people own digital imaging software along with their cameras. Any manipulation of an image file, whether on purpose or by accident can produce photographic distortions, pixelation and other effects that mimic orbs.

On the other hand, film cameras produce a negative. Experts can use the negative to detect if the photographer altered the original image by comparing the print to the negative. This is only the first stage in determining if an orb image is a natural product of conditions at the time the photo was taken, or if it might truly be supernatural in origin.

If you do choose to use a digital camera for orb photography, paranormal investigators recommend using a lightweight, slim digital camera. Small cameras slip easily into your pocket during an investigation. As the activity heats up, you can switch from using the smaller digital camera to other equipment, such as a video recorder, without worrying about putting the camera down or carrying yet another piece of expensive equipment throughout a location. When buying digital cameras for ghost hunting, look for cameras that can take images in six or more megapixels. Anything with fewer megapixels leads to blurry images, and it will be harder for you to tell a genuine orb from a dust particle.

Many of the so-called orbs found in modern photography are the result of lens flare. This can be caused by any light source, such as a camera flash, sunlight and even moonlight. The light can reflect moisture or dust particles in the air. There are a few things you can do to avoid this type of false positive. These include: 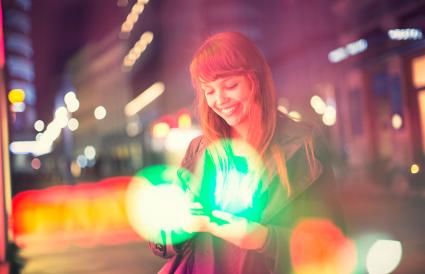 Start your quest for orb photos by choosing a location reported to have paranormal activity. Always request permission from the homeowner, landowner or building owner, and never attempt a paranormal investigation alone. Take a friend along and be sure to let others know where you are going and what you plan to do.

Be sure that the battery for your camera is completely charged and bring extra batteries. Battery drain commonly occurs during paranormal investigations. Investigators theorize that entities draw from power sources, such as batteries, in order to manifest. Having a backup ensures you will not miss a good shot if the entity chooses to manifest beyond an orb and drains your camera battery.

Next, be sure to take several control images to use during evidence review. Since orb photography includes many pictures that could be dust, pollen or mold, you'll want to have several everyday shots, taken in various directions within a location to use for comparison with any pictures revealing orbs.

Your Camera and Natural Phenomena

You may also want to practice photographing dust or fog prior to your investigation just to see what a natural phenomenon looks like when viewed as a digital image from your camera. This isn't as silly as it may sound! Different cameras produce different effects, changing the shape of natural flecks of dust from round to diamond or oval-shaped, depending on the lens. Really take time to get to know your equipment before embarking on your first ghost hunting trip to ensure your orb photography is solid evidence.

When investigating a purportedly haunted location, take many pictures from various angles and directions to capture orb images. Make notes on the light, any objects that could be causing reflections, and be sure to note the days, times and weather conditions, especially if photographing outdoors. Rain, fog or mist may obscure pictures or create false orbs. Many weather-related websites also offer pollen count reports for a particular day and location; this is useful information for ghost hunters deciding if their images are orbs of flecks of ragweed pollen.

Compare Photos From Other Camera

Another technique for gathering evidence is comparing pictures from one member of the ghost hunting team with another member's pictures. If you have several people photographing the same area and only one person captures an orb image, chances are it's dust or dirt. If all five people capture a glowing ball of light around the same area, chances increase that you've photographed the paranormal.

Once you're back home, spend time reviewing the evidence. Many ghost hunters love the thrill of the chase but hate the hours spent examining evidence. Like a good scientist, you've got to work hard at the details in order to come to conclusions, and the details in orb photography distinguish genuine paranormal pictures from common objects that create orb-like images.

Ghost Web includes photographs of various natural phenomena often mistaken for orbs, including dust and pollen. Review these pictures along with your own, and when in doubt, ask an experienced fellow investigator for a private opinion. It's better to refrain from making any questionable "evidence" public if you want to build a reputation as a careful and thorough paranormal investigator.

It's vital that you understand how to avoid false positives and how your camera captures certain natural phenomena. Once you can distinguish what anomalies are caused by your camera, you can begin taking photos during paranormal investigations with confidence.