There are several theories about paranormal orbs and spook lights. Some orbs or lights are found in haunted places. Whether the cause is environmental, spiritual or something else remains undetermined. Paranormal orbs are often attributed to ghost spirits, while spook lights take on a more mysterious challenge for finding explanations.

Spook lights are seen throughout America. These strange orbs have been reported moving about the skies, above the ground and often even inside homes. These visible orbs of truly anomalous activity remain unexplained by science. Many believe these strange lights are similar to ball lightning. There are a number of "hot spots" in the U.S. where locals and visitors see such lights regularly.

Devil's Promenade is a famous four-mile gravel road in Hornet, Missouri where spook lights are seen almost nightly. Often referred to as the Joplin Spook Light, this phenomenon has been reported for over a century.

Local witnesses have reported an intense orange ball of "fire" that appears to expand from a baseball size to a basketball sized orb. The light can move about freely. It's described as dancing, swaying and even spinning as it moves along the road often traveling in an east to west direction. The orb has also been seen hovering above treetops and performing high-speed maneuvers. Locals claim the best viewing time is between 10 pm and midnight.

Several theories have been tossed out into the arena of explanation, but the lights still remain a mystery. Even the Army Corp of Engineers studied the phenomenon and failed to provide a conclusive explanation.

In Dover, Arkansas, if you take a dirt road just off of Highway 7, locals claim you can see the lights on a nightly basis. Light orbs appear along the valley of the Ozarks and often put on a show for visitors.

Eyewitnesses claim the Dover Lights appear in a wide range of colors. The lights are said to sway and flicker and at times light up the entire valley area. There are reports of interaction with the lights by using flashlights, as well as a reaction to noise, such as shouting.

There are mostly ghost stories told to explain the Dover Lights. These include coal miners who perished in a mining accident, Spanish Conquistadors searching for their buried gold, and spirits of a Native American burial site. 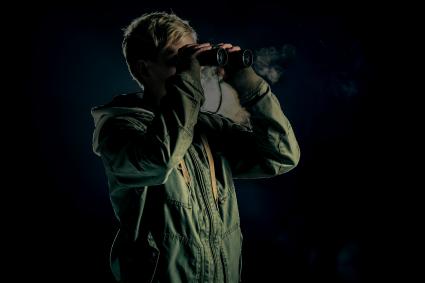 The "Brown Mountain Lights" are a famous phenomenon of Brown Mountain in North Carolina. There are many stories about the lights. One being about a Cherokee battle in 1200 and the lights are Native American women searching for the men from their tribe.

The lights appear to move about the mountain slope to the top in an erractic movement. Witnesses claim that on some dark nights there are too many lights to count. The lights have a wide range of colors from a bright white to green, orange, yellow and red. Various sizes range from small orbs to massive drifts of color that move about the mountain.

In 1771, German engineer Gerard Will de Brahm first reported seeing the strange lights. The manifestation couldn't be explained with logical deduction even with two investigations by the U.S. Geological Survey, the United States Weather Bureau and other investigators. The more popular working theory to date is the lights are the result of refracted natural light.

Along the mountain range in Marfa, Texas, balls of light known as the Marfa Light have been delighting locals and visitors for over a century. There have been claims of the lights moving near and chasing vehicles. Mike Shurly of Shurley Ranch allows viewing the lights from an area he's designated Starlight Gazing Parking located about twenty-two miles south of Marfa.

The Marfa lights are described as flickering with varying degrees of intensity. The sizes have often been described as gigantic. The balls of light can appear white, green, red or orange in various sizes. They can appear instantly and disappear just as quickly.

Aside from the various theories of ghost lights, most people seem to embrace a natural earth cause of the lights. That theory states the lights are the result of underground gases aka ball lightning being released.

In the 1970s, the phenomenon of the Cloverdale Spook Lights were witnessed by hundreds of people. The lights are seen almost nightly and are so commonplace that locals tend to ignore them.

These orbs are unique in size, some are estimated to be eight feet in diameter. The orbs appear in a range of different colors and travel a few feet to treetop height in their flight.

There have been many reports over the last decades of UFOs in this region. Many people believe these large luminous orbs are some form of spacecraft. However, many researchers believe the orbs are a natural Earth phenomenon either the result of gases or other atmospheric reaction to underground gas release. The Cloverdale UAP (Unidentified Aerospace Phenomena) Project seeks to scientifically understand the Cloverdale Spook Lights.

Some significant scientific research is under way by a number of scientists regarding what could cause this phenomenon. Scientists researching earthquakes identified lights seen before earthquakes often mistakenly reported as UFOs. These lights may assist in predicting earthquakes.

One example is physicist Friedemann Freund. He seeks to prove his theory about fault line stresses. These can create various charges within the earth's crust. They then rise quickly to the surface of the earth, where they ionize the atmosphere. In the mid 1960s, Japanese researcher Yutaka Yasui presented photos of "earthquake lights" in support this theory. The lab should provide Freund the venue to duplicate these phenomena.

NASA astronomer Dr. Sten Odenwald provides one of the most comprehensive and scientific investigations of the most famous "hot-spots" of orb and light activity throughout the U.S. His detailed notes are available on his website, AstronomyCafe.net. Among the expected earthquake lights, gas releases and ball lightning, Odenwald discusses the three types of mirages, Inferior, Superior and Lateral and the many natural conditions that can cause them. He states that mirages could account for many of the orbs or spook lights witnessed.

Most unknown phenomena are surrounded by a plethora of theories to explain what they are or how they are created. The various theories for paranormal orbs and spook lights are just as varied.

Defining What Paranormal Orbs and Spook Lights Are

The expansion of scientific technology and the knowledge it brings, may soon provide a definitive understanding of these phenomena. Until then, eyewitness accounts and photographic evidence all point to something real taking place in these regions. It may prove to be paranormal in nature or a geophysical causation.