Many believe birthmarks from past life trauma appear at the site of injuries from previous incarnations. For example, according to the birthmark theory, some show up at the site of fatal wounds. Likewise, some people believe loss of fingers, toes, or other body parts in a previous life may cause a child to be born with birth defects (missing parts or other health problems from the way the fetus developed) in this life. Past life trauma may also appear in the new life as unexplained scars. Many believe these birthmarks provide evidence of a previous incarnation.

Birthmarks and Past Lives: How They Are Formed

Some researchers of birthmark past life like Walter Simkew, MD and Jim Tucker, MD believe these birthmarks appear because the soul's mind, which is not part of the brain, has a blueprint that exists after death. This blueprint is used to create the fetus in the next incarnation, which may lead to birthmarks that correspond to past life trauma, such as birthmarks that are wounds from when someone was killed or that show how they died in a previous incarnation. 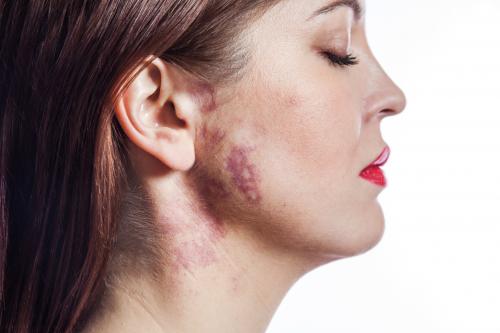 What many believe are birthmark myths may soon be disproved. The evidence for reincarnation birthmarks is mounting. New information comes from many researchers, as well as areas of scientific research like epigenetics, quantum physics, and consciousness studies which postulate the theory everyone exists as energy that continues after death.

It is impossible to look at the birthmark meaning from a past life without coming across the name Dr. Ian Stevenson, who researched children's past lives for forty years. During that time, Dr. Stevenson discovered children that had died traumatically in a previous life often had birthmarks at the site of the trauma. This research fascinated him and in 1997, he published Reincarnation and Biology. At over 2,000 pages, it is a compelling argument for past life birthmarks as proof of a previous incarnation.

Dr. Stevenson was a pioneer in the field. In his research, he was able to compare 49 cases of birthmarks and wounds on children to the autopsy reports of the person the child claimed to have been. Eighty-eight percent of the cases showed a correlation between the fatal wound and the child's current birthmark, something Dr. Stevenson concluded was evidence of reincarnation.

According to the Epoch Times, Dr. Jim Tucker, a student of Dr Stevenson's, is convinced that reincarnation is real but wasn't sure about birthmarks. He states on page 10 of his book Return to Life that "if the mind continues after death and inhabits a developing fetus, then I could see how the images could affect the fetus." His theory is that the images, rather than the wound, create the birthmark.

Dr. Semkiw is president of Institute for Integration of Science, Intuition and Spirit (IISIS) and is considered an expert on reincarnation and the work of Dr. Stevenson. Building on Dr Stevenson's work he has done research into the physical similarities between this life and previous incarnations. He lists birthmarks corresponding to past life trauma as one of the many signs that appear in cases of reincarnation.

Epigenetics is showing that experiences in life can leave scars on the genes that will be passed on to one's descendants. Pregenetics refers to genetic code that precedes life - possibly from past lives. An article from the International Journal of Yoga on genetics, epigenetics, and pregenetics includes information about past life influences on current physiology. According to the article, "...brothers and sisters are unique individuals with different perspectives and ways of life. Although they genetically and even epigenetically share the same or similar environment, we still find them different and unique." The article goes on to note no explanation exists for such an anomaly based on epigenetics, so some other factor must exist to explain such variations, and this might be pregenetics, or imprints from past lives.

Many skeptics argue that while correlations may exist between birthmarks and reported past life trauma, correlation doesn't necessarily mean causation, so the conclusion that one causes the other is premature, at best. Some believe the past life connection are merely myths about birthmasks. 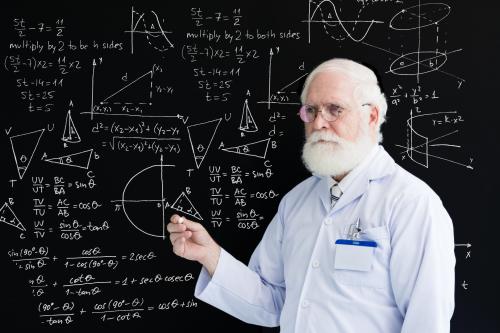 Numerous case studies of people with past life birthmarks exist, many of which are quite fascinating.

The Son and Husband

Author and past life researcher Dr. Brian Weiss first discovered cases of reincarnations during a hypnotherapy session with one of his counseling clients, a story he tells in his book Many Lives, Many Masters. In Messages From the Maters: Tapping into the Power of Love, Dr. Weiss relates the story of a client who recalled in a past life hypnotherapy session that she had accidentally smothered her child while trying to keep him hidden in a previous life. In her current life, she met a man with asthma (a condition where your airways narrow and prevent you from breathing properly) and married him. Her new husband had an identical birthmark to her son from the previous life.

Dr. Walter Semkiw shares the results of his past life research on his website, Institute for the Integration of Science, Intuition, and Spirit (IISIS). He reports one case study, researched by Professor N. K. Chadha and Dr. Antonia Mills. This is a case of a boy, Titu Singh, who was killed by a gunshot to the head in his previous incarnation. According to information on the IISIS website, he was able to give information about his past life. He recognized his former wife and children, told tales that only his former incarnation would know, and he also bears a round indented scar in the exact location of the gunshot wound from his previous life.

Also researched by Dr. Semkiw is the story of Nasruddin Shah. Nasruddin Shah is a Muslim but in his previous life, he was a Hindu. One of his sons killed him in a dispute over an elephant. Nasruddin was born with birthmarks corresponding to the wounds from his past life.

Birthmarks have been around as long as there have been people. Some are considered evidence of previous incarnations. Some people believe they are nothing more than a physical trait. One thing is certain, however. There is a great deal of evidence, and study of the relationship between birthmarks and their correlation to previous life trauma is ongoing.

24
Comments
© 2006-2020 LoveToKnow, Corp., except where otherwise noted. All Rights Reserved.
Past Life Birthmarks