Past life memories don't always flash in front of you like a TV screen. Sometimes those memories are held deep within your emotional reactions. Discover how to tell if you have a memory of a past life.

Kinds of Past Life Memories

It may surprise you to learn that you may have past life memories but are unaware of them. While this may sound impossible, if you stop to examine a few telltale signs, you'll quickly realize just how many memories you possibly have.

The most common memories of past lives are those you're unconsciously aware of having because those memories are revealed in very subtle ways. For example, specific dislikes that have no basis in your current life may just be from a past life event or an emotional response to that event. This kind of reaction, whether it's an emotional or physical one, can often leave you perplexed since there isn't a logical reason for such a strong dislike. Taste and smell are two of the most common leftovers of a past life event as are allergies. These residual memories often seem random and without any rhyme or reason, but once you begin to delve into your past lives, you may discover the reason behind unfounded personal likes and dislikes.

Examples of Past Life Residue Memory

A woman had a very strong physical reaction to the taste and scent of lemon. It was so intense that she would become physically ill and nauseated from the smell or taste the fruit. During a past life regression, she discovered a recent lifetime where she had almost an addiction to lemon drops until one afternoon she was shot and killed while buying a bag of lemon drops. This past life revelation ended her negative physical reaction to lemons.

Have you ever met someone for the first time and had an inexplicable negative reaction to that person? Perhaps you feared the person, or you had an intense dislike for the individual, yet there was no logical explanation for such a strong negative reaction. Like the woman's response to lemon drops, a negative relationship in a previous lifetime can carry over in an emotional memory. 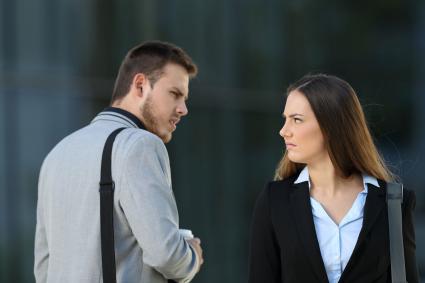 There have been many cases of past life recall where two people had previously been mortal enemies, but in the current life are madly in love with each other. In such instances, the souls choose to change their relationship this time around in an effort to work through the karma of forgiveness.

Few people spontaneously recall any of their past lives. In fact, complete memory loss is typical for most people between lifetimes; however, the emotions surprisingly remain intact. Emotions seem to be a barometer for the soul and may serve a significant purpose in the reincarnation process. For example, perhaps you had a tumultuous relationship with someone and you meet him in this lifetime. You may feel guarded around this man or you may avoid him completely. This may be your soul's way of preventing you from making the same mistake this lifetime. Avoidance can be one way to face a karma debt from a past life.

While the majority of the literature you may read about past life relationships talks about coming back in a similar relationship for another chance to work out your differences, there are some instances when the only way to work things out is through avoidance. Your past life may not be a memory, but if your emotions are so strong that you intensely dislike a person and wish to avoid him, you should follow that instinctual directive.

How Avoidance Helps You Face Karma

Many times, souls become intertwined with each other for many lifetimes. Perhaps an enemy killed you but in the next incarnation you killed him. A destructive pattern develops that traps your souls in this repetitive cycle. Souls can also become addicted to certain patterns like vengeance. In a karmic relationship such as this, one soul must eventually break the chain of repetition with forgiveness. Avoidance is just one way in which the correct reaction can be established. In the next lifetime, you may find yourself befriending this former enemy as you purposefully move the relationship into one of healing and facing the karmic issues between the two of you through a loving relationship.

Past life memories often are revealed to you through dreams. This kind of dream is different from a typical dream you may have where there is a beginning, middle and end. It's commonly believed that past life dreams begin in the middle. In a past life dream, you suddenly find yourself in the middle of a scene as though you'd stepped into a movie after it had been playing for an hour. Events have already occurred, but you're confused and unsure what is going on. These dreams have no beginning or ending. They feel very real, and you can't believe it was just a dream when you awake.

Probably one of the most profound ways to remember a past life is through lucid dreams. Have you ever had a dream where you were aware that you were dreaming? That's a lucid dream. For example, you may suddenly dream you're in the middle of a natural disaster in a place unfamiliar to you, yet in the dream you know where you are, you know where to go and the people in the dream are also familiar. You view your dream as though you're watching a movie unfold, but you're an active participant and watch yourself play your role without hesitation. 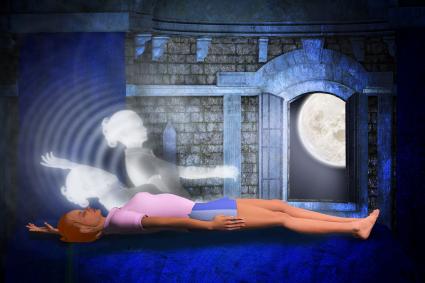 Another form of memory is spontaneous recall. Many things can trigger this type of memory recall. The moment it occurs, you feel as though you've been thrown back into that lifetime and are reliving the events as they occurred.

There are two schools of thought about cellular memory. Both hypothesize that memories are stored within your cells.

The first theory about cellular memory states what is believed to be past life recall is actually ancestor memories. The individual taps into the stored hereditary cellular memories. These memories are passed on from one generation to the other. A prime example often used is how dogs from a long line of herding dogs innately know how to herd sheep or cattle. It's theorized that it may be possible to tap into the emotional memories of ancestors that have been embedded within the genetic material.

The second theory hypothesizes that an individual carries their experiences from one lifetime to another via cellular memory. The soul itself a composite of lifetimes of energies. At the time the soul enters the new body, it imprints these memories onto the body, often at the time of birth. This theory is often used to explain physical similarities in people who claim specific past life identities. If the soul is the harbinger of such powerful energies, then the soul is the reservoir of all life experiences. This means that the individual has the ability to tap into those memories through activating those cells. Some theories expand to include the idea that some cells are time-released with specific impulses, urges and ideas to guide the individual in their true path for their present incarnation.

Six Signs You've Had a Past Life

There are indicators that you may have lived before. Some of these signs can be subtle while others are very strong and appear within personality traits and phobias. There are a few very distinct telltale signs that you've had a past life. These include:

Memories of the Past

As you can see, there are many ways you can gain information about your past lives and tap into those memories. It's important to keep in mind that a past life doesn't define who you are in this life.