Real past life stories explore the experiences of real people in real situations. For example, the film Dead Again explored the consequences of past life experiences on the present and the power of unfinished business. However, in most cases the stories are not as exotic or as elaborate as portrayed in the movie.

Publicized Stories of Real Past Lives

Some stories of past lives are more well-known than others because they've been published in books or studied by past life researchers.

The Reincarnation of John B. Gordon as Jeffrey Keene

In his book Someone Else's Yesterday, Jeffrey Keene tells the story of his spontaneous past life recall of a previous reincarnation as Civil War General John B. Gordon. Keene explains he was exploring the Bloody Lane at the Antietam battlefield when he was suddenly overcome with perplexing emotion. After this experience, Keene began having recall of Gordon's life, and he was able to verify his experiences through meticulous research. Along with a strikingly similar physical appearance between the two men, Keene was able to document multiple coincidences that seemed to link their lives. Keene's research is sometimes called the most well-documented cast of a past life available.

The Reincarnation of Nellie Sharp as Karen Frazier

I (the author) also stumbled onto a case of my own reincarnation during my research for a book about the haunted site of an avalanche train derailment disaster that occurred in 1910 at a place called Wellington, Washington. I found myself drawn to not only the site, but to one of the passengers who had died in the avalanche, Nellie Sharp, and I sought to learn as much as I could about her life. There were and are startling similarities between the two of us, including a strikingly similar appearance, dreams I've had all my life of train derailments, and similar talents, interests, and abilities. Reincarnation researcher Walter Semkiw reviewed the research and agreed it appears to be a case of reincarnation.

Other cases are less well known, but still true. Only the names of the individuals involved have been changed to protect their privacy.

Victoria was born in London in 1946, shortly after the end of World War II. Growing up, she often heard her parents recount tales of their experiences during the war. Shortly before her tenth birthday, she began menstruating and experiencing nightmares. In every dream, she was running through a burning house, and she could hear a baby crying. She desperately tried to find the baby, but always woke screaming when she couldn't get to the baby in time. For the next two decades, this dream would recur over and over.

The dreams intensified after the birth of her first child. Concerned for her own mental health, she began to see a psychologist regularly. The psychologist thought the dreams might express a natural fear of losing her child, but could not explain why the dreams repeated for more than twenty years. Victoria turned to a friend who could read palms. After reading her palm, her friend recommended that she look to her own childhood. Discussing the situation with family and friends turned up no incident involving fire in Victoria's childhood. Research into where she lived as a child also turned up nothing.

After the birth of her second child, the dreams abated for a while, but they returned when both children were old enough to go to school. Frustrated by the persistence of the dreams, Victoria began researching every possible answer. She read an article advertising past life regression in a magazine and called for an appointment. The regression, conducted by a licensed hypnotherapist, provided Victoria with her first real breakthrough.

After several sessions, Victoria put the pieces together. In 1942, her name was Ellen, and she lived in a townhouse in London. She took care of her grandson and her husband. One night, German bombs began to fall on the city, and a fire spread through their home. The baby was upstairs when the fire broke out. Despite numerous attempts, she could not get to the baby from downstairs. She passed away a year later, never having recovered from loss of the infant. Victoria was born in 1946, just four short years later.

Victoria eventually located a graveyard that she believed was the final resting place of Ellen and her grandson. She visits it regularly and leaves flowers for both of them. Since clarifying the memory, she's never had another dream about the fire. 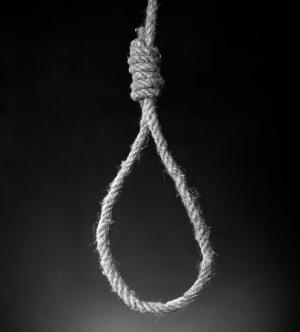 Anne Addison began researching her past life as a part of her religious studies. She believed in reincarnation and rebirth. Anne's issues with her current life were related to several pet peeves that haunted her daily life. For example, she hated to be closed in, and she always needed to have a door or a window open. She disliked necklaces that did not dangle, and she especially hated turtlenecks of any kind. She refused to wear scarves and often complained that anything tight on her throat felt like choking.

After two full past life regressions, she discovered the background related to that choking sensation. In the late 1600s or early 1700s, she was hung to death for an unspecified crime. Before the hanging, she spent several weeks locked in a very small with no windows. Anne's experiences in that life eventually colored her reactions in her current one.

Stories of Past Lives Memories

Real past life stories are not always exciting or revealing. They may provide you with snippets of explanations like in Anne's case, or a sense of closure like it did with Victoria. Sometimes, past life experiences can leave you with more questions than answers. It's important to remember not to obsess over the past and enjoy what you can learn.