What Is Pet Reincarnation?

Belief in reincarnation changes shape in subtle ways depending which religious belief you're talking about. In a general sense, ancient Egyptians, ancient Greeks, and modern Asian religions such as Hinduism and Buddhism incorporate some aspect of rebirth that people label as "reincarnation" which may involve people and/or animals. However, many historians are quick to point out that not only did the ancient Egyptians prepare their final resting place for the moment their soul changed form but also when it changed the level of existence into another world. In the case of Buddhism, the concept of a soul isn't the same as in Christianity and the process of coming back to Earth is referred to as "rebirth," not reincarnation. The concept of pet or animal reincarnation isn't a core belief in any religion, but instead it is a small part of a larger set of beliefs.

The clearest belief in pet reincarnation is in Africa where the overwhelming ideology is death isn't an end of life, but instead is the continuation of one's life force under a different form. That "different form" is actually a new body that lives upon the earth in the invisible realm known as "the community of the ancestors." In time, the ancestors either reincarnate into the human form of a newborn child, or they can transmigrate into animal form, usually the animal that represents their ethnic clan. This is a reincarnation by choice.

However, the Zulu people believe in a reincarnation more in line with Hindu beliefs, where a soul is first born as a lesser animal, such as an insect or rodent, and then through living and dying follows a path of spiritual evolution until the first human birth, which is followed by multiple human rebirths.

It isn't difficult to find mention of something resembling pet reincarnation within Hinduism or Buddhism. In these faiths, karmic rebirth is called "samsara." It is a process where every act that a person takes part in during their life, either good or bad, reflects upon their karma. In these religions, the future level or class of being into which you are reincarnated is based upon the standing and health of your karma on your dying day. In these religions, returning as an animal certainly has negative connotations, as it's a clear form of punishment for living an immoral life. However, those who work their way up the ladder of spiritual evolution can eventually achieve a state of spiritual "perfection," escaping the process of reincarnation completely and existing at the highest divine state of being forever. Buddhist legends are filled with examples of Buddha in various incarnations that include animals such as a hare and an elephant.

Other Religions and Animal Reincarnation

Animal reincarnation is reflected throughout many other world religions as well, such as those detailed below.

According to Greek historians, the Egyptians believed, much like the African belief, that the soul most progress through different levels of animal existence before being born as a human. According to Egyptian beliefs, important people could return in the form of different animals if they so wished. 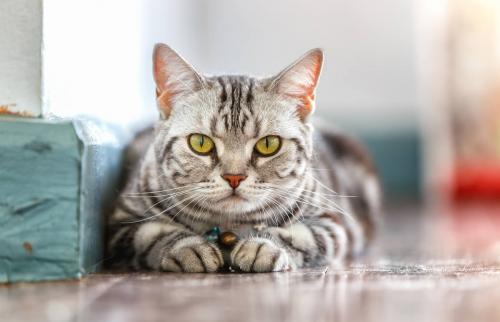 The Inuit Eskimos believed that animals have souls, so killing an animal required important rituals to help foster the "moving on" of that animal's soul to its next animal form.

Native Americans (like the Inuit) believe that the animal spirits are part of the divine life energy that makes up the whole spirit of the Creator. These are not gods, but instead animal guardian spirits or guides that assist the individual with both wisdom and power.

Some of the following resources offer more information as well as personal anecdotes of pet reincarnation and experiences people have had which convinced them that this phenomenon is real.