Texas has its fair share of hauntings, and San Antonio offers some of the strongest chances for having a paranormal experience. There are a number of famous haunted places in San Antonio open to the public where ghostly activity has been reported.

San Antonio's Most Haunted: The Alamo

No discussion of real haunted places in San Antonio would be complete without mentioning the Alamo. This historic stone building was a key location in the battle for Texas' independence from Mexico, and it appears to be the main hub of paranormal activity around town.

On February 23, 1836, Mexican forces under the command of General Antonio Lopez de Santa Anna descended on San Antonio, intent on wiping out the 200 or so men who tried to defend the area after having taken it from Mexican forces in December of 1935. The freedom fighters were able to hold out for just over two weeks, but the battle ended in a bloody massacre of not only the fighters holed up in the Alamo, but also many of the defenseless women and children in the town.

Reports of Haunted Activity at the Alamo

It's even said that the Mexican general ordered the Alamo to be torn down, but that the ghosts of the freedom fighters frightened the Mexican soldiers from carrying out their mission. The Alamo stands today as a symbol of Texan courage and determination, but it may also be home to some of the spirits that witnessed the city's bloodiest battle.

Ghosts and Poltergeists at the Menger Hotel

Built adjacent to the Alamo less than a quarter century after the massacre, the Menger Hotel is also rumored to have its share of ghostly residents. Some are believed to be the spirits of some of the people who died in the course of the battle. Other entities are thought to be those of former employees and guests. Most of the ghostly activity seems to be of a residual rather than an intelligent nature, but there are also reports of poltergeist activity in the hotel kitchen. 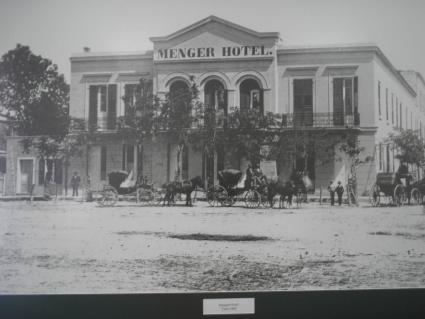 Margaret, the Ghost of the Alamo Street Theater

Yet another reportedly haunted location in San Antonio, the Alamo Street Theater and restaurant is housed in a building that formerly served as a church. Built more than 75 years after the battle of the Alamo, the theater is said to be the home of a spirit named Margaret Gething. Gething was supposedly an actress who lived in the area, so perhaps her spirit took shelter in the old church and decided to stay once the building was purchased and renovated into a theater. Both performers and guests have reported seeing this spirit in the theater's balcony from time to time. There are also reports of a very active child spirit that is fond of moving objects around.

The Shane Road railroad tracks located near 3030 Shane Road are legendary, but there doesn't seem to be any documentation to support the story that goes with them. Supposedly, a school bus was hit by a train while stalled on the tracks. The driver and most of the children died. It's said that if you stop in front of the tracks and put your car in neutral, the car will be "pushed" over the tracks to safety. Many people have put this story to the test, and apparently cars are moved over the tracks. Are these vehicles pushed by unseen hands, or is there a natural decline on the approach to the tracks that causes the cars to roll under their own weight? You can give it a try for yourself if you dare. Be sure to sprinkle the rear of your car with talcum powder to see if you find ghostly hand prints afterward, as others have claimed to see. 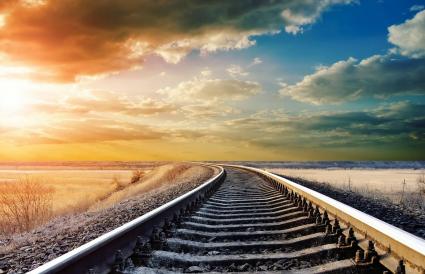 Lady in Red of the Saint Anthony Hotel

Built in the early 1900s, the Saint Anthony Hotel was the first luxury hotel in the state of Texas. It still operates as a hotel today, and guests report seeing the ghost of a lady in red. Staff reports eerie feelings near a room where a gruesome murder-suicide occurred.

Want to visit some of San Antonio's most haunted locations? Ghost City Tours offers two different nightly ghost tours in San Antonio, The Ghosts of Old San Antonio tour for all ages and the Demonic Doings Tour for people aged 16 and older. You can also visit the Alamo, which is open daily, or check in to one of the haunted hotels.

San Antonio has a lot to offer people looking for a paranormal experience. Be sure to check out all the city has to offer for ghost lovers.