In real life, there are exorcists in almost every culture, who are viewed as spiritual warriors as doing battle with evil entities. The life of an exorcist isn't like that portrayed by Hollywood movies.

According to Your Dictionary, an exorcism is, "The ritual act of driving out supposed evil spirits from persons, places or things who are possessed by them." These ritual acts may vary from one culture to the next, but the ultimate goal is the same, to exorcise the demonic spirit.

The Real Life of Exorcists

When a person is possessed by a demonic spirit, an exorcist is often called upon to save the person's soul from the total and complete domination of the demon. Exorcists in all cultures undergo spiritual warfare to free the person from the evil spirit and send that spirit back to its own realm.

Former real life exorcist Father Jose Antonio Fortea had no intentions of becoming an exorcist. Soon after completing his thesis on exorcism in the late 1990s at Spain's Navarre University, he was called upon by the Bishop to investigate a possible case of possession. This was followed by another case within the same year. He explains that after his first book was published, he began receiving calls for exorcisms, saying "I realized that the problem was much more common than I originally thought."

There are different types of exorcists. There are the priests of the Roman Catholic Church and there are those who are affiliated with different denominations and different religions. 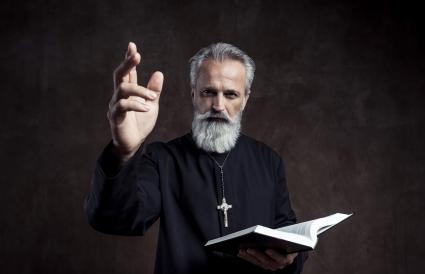 There is a specific process for becoming a Roman Catholic Exorcist. Father Fortea explains there were very few when he was called into the service of an exorcist. "In the United States, for example, there were only four exorcists. The Church was only beginning to name exorcists," he says. "However, things changed dramatically over the next ten years, and people were starting to complain how there was just no help for people."

Path to Becoming a Catholic Exorcist

An exorcist must have the approval of the Vatican. There are specific criteria for becoming an exorcist. The person must:

Training for a Roman Catholic Exorcist

The Vatican's Rites of Exorcism were revised in 1614 and again in 1999. Priests wishing to become exorcists attend the Pontifical Athenaeum Regina Apostolorum, an educational arm of the Catholic Church. Through the exorcism coursework, the priest emerges and trains as an apprentice until capable to do battle with devils, demons and evil spirits on his own.

Over the past decades, the cases of demonic possession have increased. In March 2018, the National Catholic Register reported the Pontifical Athenaeum Regina Apostolroum in Rome was hosting a weeklong training program on exorcism. This program was in response to Catholic officials request the Church provide more exorcists and better training since demonic possession is on the rise. 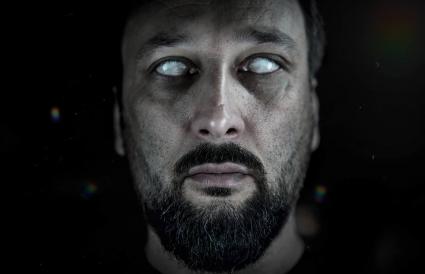 In May 2019, concerned by the increase of demonic possession cases and devil worshipping, the Roman Catholic Church allowed non-Catholic Christians to participate in the annual exorcism training conference and course, Exorcism and the Prayer of Liberation at the Pontifical Athenaeum Regina Apostolroum. There were 250 representatives from five Christian churches in attendance.

There is an increase in Satanic worshipping. In fact, an exorcist from Sicily, Father Benigno Palilla recently interviewed by Vatican Radio stated that in Italy, the number of alleged annual cases of possession were a staggering 500,000. He also emphasized the need for training so priests could recognize psychological issues and actual possessions, adding that many of these annual cases are mental health related.

According to Father Fortea, most people who ask for the help of a priest are experiencing normal problems. However, he says, "Maybe 25% or 30%, doubt that it is demonic. It's a real fear. Something strange has happened to them, but they are not crazy."

The exorcist priest interviews the person suspected of being possessed. Father Fortea explains, "I determine whether they are mentally healthy, and I pray for them regardless. When I see their reaction to prayer, that is how I determine if it is demonic in nature. Only praying can give you an answer."

The protocols a priest follows allows him to determine if the person is mentally ill or possessed. There are certain phenomenon that exorcists know of, a pattern, that isn't seen on TV or in the movies. Father Fortea states, "But we can recognize that, and we can also recognize people improving with prayer. We've had cases where psychologists are given a demonic case and they simply don't know what to do."

Signs of a Possession

There are decided signs of a possession, such as violent behavior, angry outbursts over religious artifacts, and more severe phenomena. Father Fortea explains, "What I've witnessed sometimes, though not always, is the ability to speak in other languages, great strength, knowledge of things impossible for them to know, and levitation twice."

Case Example of Verifying a Possession

Father Fortea shares a story of one way he verified the possession of a nine-year-old girl. The girl claimed to have seen a horrible demon in her home and could not stop crying. Her health began to suffer. After a week spent in a psychiatric hospital, the doctors were stumped and called Father Fortea.

The ways an exorcist often outs the demon is by tricking it. In this case, Father Fortea asked the girl her name, speaking to her in Latin. "She told the people in the room that I was asking for her name. That was a test because the child didn't speak Latin yet understood." The child was transferred to his parish and within 24 hours, she was well and back home and remains so to this day.

Of all the people who come to Father Fortea, he says about 50% aren't claiming possession and he determines they aren't possessed. Of the remaining cases, he states there is less that 1% that are really possessed. He adds, "That doesn't mean that other people aren't suffering from anything related to the world of spirits. Many people suffer from demons, but don't suffer from possession."

How a Real Life Exorcist Performs an Exorcism

An exorcism is performed by the priest in the name of Jesus Christ. The priest serves as an official representative of Jesus Christ, hence the need for the Bishop's permission to perform an exorcism. The priest will call upon God, Jesus the Christ, angels, and archangels during the course of the exorcism. However, it is through the authority of the Holy Trinity, Father, Son and Holy Ghost, that the priest has dominion over the devil, demons and evil spirits and calls them out through that authority. Prayers are recited and holy water and other religious sacraments are used. 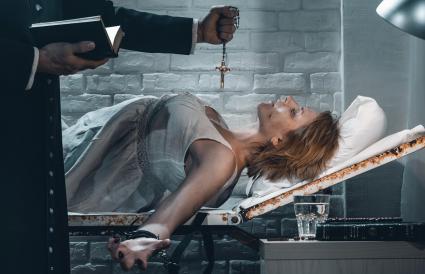 Not all exorcists are Catholic priests. In fact, there are many exorcists throughout the world that are Christian and non-Christian. Demonic possessions occur in all religions. More importantly, there are many lay people who become demonologists and perform exorcisms. Many of these people also participate in paranormal investigations as an official team member.

How to Become a Demonologist

Demonologists are mostly self-taught or apprentice with an experienced demonologist since there is no official demonology degree. There are several websites that offer training and certification in demonology. These require personal discernment to assess their validity and value.

The best way to find a real life exorcist is to contact a priest. To find a demonologist who performs exorcisms is more difficult. You will need to rely on referrals from people you trust.