Though far rarer than werewolf or ghost sightings, sightings of vampires have been reported at various locations across the world. While it's impossible to verify whether these are real vampires, it's still fascinating to read the accounts.

The following stories provide accounts of real vampire sightings that have taken place around the world. In many cases, phantom figures are spotted moving through the dark. In others, the supposed vampire is known to people in the community. Take a look at these stories and decide for yourself whether any of the accused might really have been vampires.

Archaeological Remains of a Vampire

In 2006 archaeologists in Italy had a unique vampire sighting of their own. They discovered the very real remains of what is believed to have been a female vampire with a brick forced into her jaw. Italian forensic archaeologist Matteo Borrini reported the find when the discovery took place. Researchers were investigating a 1576 mass grave of medieval Venetian plague victims at the time of the discovery.

During the Middle Ages, it was common for plague victims to be buried and then unburied as more bodies were added to mass graves. The people unburying bodies would sometimes uncover corpses that had a dark, blood-like substance under their noses and mouths. The workers believed this was a sign that these bodies must be vampires, and that they were responsible for perpetuating the plague. To prevent this from happening, they would shove bricks or rocks into the corpses' mouths in hopes that doing so would stop the plague from spreading further. The body discovered by the archeologists while researching a plague burial site is evidence of that practice. 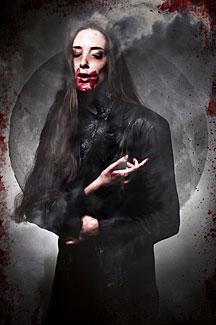 The Vampire of Highgate Cemetery

Highgate Cemetery was constructed in London, England in 1839 as a burial place for the elite. After many years of neglect, the cemetery is now allegedly the home of a terrifying vampire. According to The Highgate Vampire Society, the sightings started in the late 1960s. A tall figure with red eyes was spotted and repeatedly reported, launching an investigation into the area and these claims.

The strangest and most disturbing sighting came in 1971. A young girl passing the cemetery was attacked by a very tall, white-faced dark figure that threw her to the ground so hard that she suffered from scrapes on her arms and legs. Luckily, the shadow figure immediately disappeared when a car pulled up to the scene. The girl, who was in a state of shock, was taken to the police station and eventually told her own story. That story supported the sightings reported by so many other members of the community, and sightings of the "vampire" continue to this day.

According to a report from Fox News in 2007, an elderly woman was lynched by a group of villagers who suspected her of being a higue, an evil spirit that drinks babies' blood. In Guyanese culture, a higue is a spirit that can shift into the shape of an old woman and enter homes by passing through keyholes. This belief has roots in the Obeah religion, which is still practiced in that region.

A report in the November 27, 1927 edition of the St. Petersburg Times relates the story of Anastasie Dieudonne. The young Haitian woman had apparently confessed to repeatedly drugging her nine-year-old niece and draining her blood through an incision between the girl's toes. The paper goes on to say that Anastasie was unbalanced and driven to the act by an uncontrollable urge. Although the case seems more psychologically based than most mysterious vampire accounts, the act of drinking blood from another person does qualify Anastasie as a vampire in the purest sense of that term. 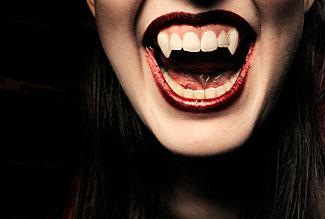 According to Ghost Village, the story of Mercy Brown dates back to the winter of 1892. A resident of Exeter, RI, the 19-year-old girl died of an unknown illness, but people around town began to report seeing her walking around. When Mercy's dead body was examined in the spring, it reportedly still looked alive. According to the legend, Mercy's heart was removed in order to end her wanderings.

The account of Arnold Paole begins in 1727 when the Serbian soldier returned home from war to settle down. People around him reportedly noticed he seemed subdued, and he finally admitted he believed he had been attacked by a vampire while he was in the army. He claimed to have tracked and killed the vampire, but feared he was already tainted. It appears Paole died a short time later, and people began reporting sightings of him about three weeks after his death. The account goes on to state his body was exhumed, and it appeared that new skin was growing beneath the dead skin on top. His body was staked, and he reportedly groaned in pain. His head was then removed, and his body was burned.

According to Fox News, in 2016 New Zealand was hit with two vampire-like attacks. In both, which are believed to be unrelated, someone bit the neck of a victim, one in a bar brawl and one in a family dispute. While these are arguably not vampire attacks, people claiming to be vampires attacking other people appears to be a growing issue, perhaps related to all of the attention the legend of vampires get with the popularization of books and shows such as the Twilight series or Supernatural.

Whether you believe the witnesses who report these sightings, many experts believe that even if the causes of these sightings aren't specifically vampiric, they do appear to be caused by something very real and physical. David Farrant, the researcher who wrote Beyond the Highgate Vampire, believes that the vampire sightings are related to Earth's ley lines that seem to transmit psychic energy all along their path. While this may seem outrageous, it is interesting to note that the tall dark figure is sighted in buildings and locations all along the ley line that extends from Highgate Cemetery and through the town. Are natural elements creating a "thinning" of the fabric of reality, or are people simply seeing and hearing things that they are purely imagining? For now, the existence of vampires remains a mystery.