Reincarnation stories have been documented by some of the leading parapsychology researchers. Surprisingly, many investigations of people claiming to have lived before, reveal corroborative evidence of the other life.

How Claims of Reincarnation Are Investigated

It's one thing for a person to make the claim of reincarnation, but it's quite another to prove such a claim. In the scientific community, there are certain protocols followed to ensure that the evidence of such claims isn't tampered with or contaminated. Premature investigation by individuals and their families often renders any follow-up investigation invalid. If the family attempts to visit the location of the person's past life or contact individuals the person names, it's impossible for a researcher to validate the authenticity of the claims. This kind of pre-mature investigating creates a kind of contamination of the evidence since the family or person has no way of proving they had never known the past life family or friends prior to their investigation.

If you have such a spontaneous recall and wish to validate it, you should contact a professional researcher to conduct the investigation using accepted scientific standards and protocols.

There are many stories about famous people and their claims of reincarnation. Several of these stories were documented and have stood the test of time in their authenticity.

The Reincarnation of Bridey Murphy

In the early 1950s, the world was swept away by the story of a Colorado housewife, Virginia Tighe, who'd been regressed under hypnosis and gave an amazing recount of an Irish lifetime spent as a woman named Bridey Murphy. Dates, names, and descriptions were given in extreme details during Tighe's regression. A book and movie followed.

It wasn't until the book was published that details of Tighe's reincarnation story were fully investigated in Ireland. The researchers weren't able to find any of the names or verify the dates of birth, marriage, and death, but the other details such as her description of the coastline, her home and church were perfect. This was astounding since Tighe had never been to Ireland. It was thought that she'd never had any contact with anyone from Ireland until it was discovered that her birth parents, with whom she lived the first three years, both had Irish ancestors. This last piece of information destroyed all credibility to her past life recall with the additional discovery that a Bridey Murphy Corkell had lived in her childhood neighborhood.

Many argue that information obtained through hypnosis isn't accurate because of the suggestive nature of the subconscious. In the modern world, the Bridey Murphy reincarnation story is viewed as forgotten childhood memories uncovered during hypnosis.

The Many Lives of Edgar Cayce

The most famous American psychic was known as the Sleeping Prophet. Edgar Cayce gave over 1,900 past life readings. The seer had an instance where a young boy came up to him, claiming to remember him from a past life on a wagon train to the West. The child went on to talk about how Cayce had led the wagon train out of the desert and saved them from starvation. Once reading for himself, Cayce said he'd been the Egyptian priest Ra-Ta. He went on to describe how as Ra-Ta he'd helped Thoth design the Great Pyramid and the Hall of Records.

In his various readings, Cayce spoke of other lifetimes for himself and for the people who wrote or came for his help. In many instances, the current situation or illness the person was experiencing was directly related to another lifetime injury or illness.

One of the most famous tales of reincarnation that were documented comes from the leader in the field, the late Dr. Ian Stevenson. The case centered around a young girl who began describing her previous life in a nearby village. Her parents didn't pay too much attention to her until she began naming 25 people whom she'd known during that lifetime. When Dr. Stevenson and his team of researchers learned of the case, he was pleased to discover it hadn't been contaminated by self-research as he'd found so often when investigating reincarnation stories. Dr. Stevenson documented over 3,000 cases of spontaneous past life recall by children. He wrote a book about the most provocative cases titled, Twenty Cases Suggestive of Reincarnation. 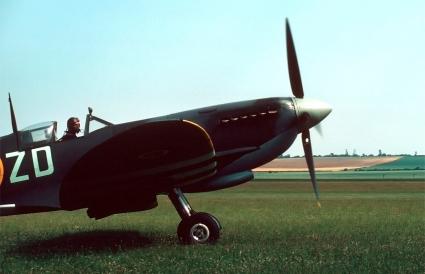 In 2004, ABC News aired a profound reincarnation story about a six-year-old boy named James Leininger who, at age two, began to have what many believe were spontaneous past life recalls. It all began innocently enough at 18 months old when the family visited a war museum.

Gradually, the child's fascination with airplanes increased and developed into recurring traumatic nightmares of a burning plane crash. As he began to develop speech James started telling his parents about his former life as a fighter pilot in the World War II Pacific Campaign. James not only named the kind of plane he flew but also the name of the carrier he was on as well as the name of a pilot who'd witnessed his death.

In addition, James's parents tracked down the pilot and James's sister from his former life, who is also convinced the boy is her brother reincarnated. Fox News did a more recent interview with James and his parents because of the book James asked his parents to publish his story.

Other Stories About Reincarnation

There are countless reincarnation stories you can explore further. Some a more obscure and personal than those that have gained notoriety. In addition to memory recall, researchers of use birthmarks as identifiers and validation of claims of reincarnation.

One such story left an impression on Dr. Frederick Lenz who wrote in his book, Lifetimes, True Accounts of Reincarnation, about the verified claim by a boy named Charlie, who at age four recalled his death at Pearl Harbor when Japan attacked. He gave his name as James Kellow, a navy officer on the Arizona.

Many researchers have dedicated their lives to the study of reincarnation through the use of scientific protocols. This has resulted in well-documented cases that seem to point to the existence of reincarnation.