Another form of Christianity is what's known as a double belief. This is a common hybrid of a belief in two religions, Christianity and Buddhism. While the two religions are clearly very different, some people believe in both religious concepts without conflict.

Christians Who Believe in Reincarnation

There are a few reasons why some Christians may believe in reincarnation. There are several Bible passages used to explain this turn from a belief in one life and one redemption through Jesus Christ. Depending on the church denomination, at death, you may go to purgatory to await judgement, you will be raised from the death and face Judgment Day when Christ returns, or your faith carries you to heaven upon your death.

The Bible texts used in the argument of reincarnation can be found in the New Testament. One such instance is the multiple references to the true identity of John the Baptist as Elijah. Theologians states these are examples of Jesus's words being taken out of context of the lesson or an analogy Jesus used to convey a point.

Perhaps the biggest example used by Christians who also believe in reincarnation is the Book of Origen that was supposedly taken out of the Bible during a special council held in 553 AD. This belief states Emperor Justinian and Empress Theodora were determined to unite the kingdom through Christianity.

The story tells how the council ousted Origen's Book of reincarnation from the Bible in its ultimate goal of bestowing control and power over the kingdom through the Church. The argument is that the knowledge and belief in reincarnation meant there was no need for a Christian-based church. There are many books omitted from the present day Bible. However, theologians argue that Origen was a devout Christian and although a Greek philosophy student, he didn't embrace Plato's ideology of reincarnation. Scholars deny that any of Origen's work, much lost through time, professed a belief in reincarnation.

Perhaps one of the most well-known stories about reincarnation are the many readings of Edgar Cayce where he gave 11 incarnations of Jesus. What makes this such a profound piece of information for many Christians is the Sleeping Prophet himself. Edgar Cayce was a Christian and Sunday School teacher who read the Bible one time for each year of his life until he caught up with his age and an angel appeared before him. Some Christians have hinged their belief in reincarnation as a dual belief to Christianity, similarly.

Similarities Between Reincarnation and Christianity

The Christian Bible reports that after Jesus was crucified, he was placed in a tomb and on the third day his followers arrived to find the tomb empty. According to a man dressed in white [angel] who was near the tomb, Jesus had risen from the dead and was alive. During this period of Christ's second life, he appeared to his followers for 40 days before ascending to his father in heaven. 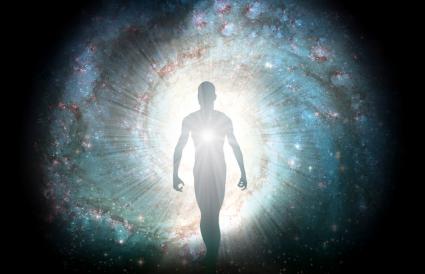 Christ Is Risen From the Dead

According to Christian beliefs, Jesus died from being crucified and was dead for three days before he rose again. In Acts 1:3, it is written, "After his suffering, he presented himself to them and gave many convincing proofs that he was alive. He appeared to them over a period of forty days and spoke about the kingdom of God."

Being Reborn Into a New Life

In many respects, this is very much like reincarnation beliefs where a person dies and (many reincarnation stories mention a period of a few days to a then later number of years) when the person reincarnates into another body and a new life. This concept is not unlike the resurrection of Christ in the following ways.

Christianity Rebirth Through Baptism in the Holy Spirit

When a Christian turns her or his life over to Jesus Christ to follow in his ways, they are baptized with Holy water. The baptism seals the person's soul marking it as belonging to God in the name of Jesus Christ. The Holy Spirit imbues the power of God into the person's very soul and protects the person through life and death.

Baptism and Power of the Holy Spirit

The power of the Holy Spirit motivates the person to carry on through life in all Christian ways, especially doing good works in the name and glory of God. This belief in Jesus Christ is the vehicle by which the person upon death will be allowed to enter into the Kingdom of God. This is written in John 3:16 of the New Testament. "For God so loved the world, that he gave his only begotten Son, that whosoever believeth in him should not perish, but have everlasting life."

Differences Between Reincarnation and Beliefs of Christianity

Conflict of Reincarnation and Christianity

On the surface, the two belief systems of reincarnation and Christianity may appear to be similar. Both espouse a form of rebirth and both believe in the eternity of the human soul. Both aim to assist the human soul in spiritual evolution, but this is where the similarities end. Ultimately, there is no intersection between reincarnation and Christian beliefs since Christians believe that every human soul has one shot at living this life right through the guidance of Jesus Christ. This is the core difference between Christianity and the belief in reincarnation.