Scary Halloween short stories are frighteningly good fun to share with friends and family. These stories are great to tell during parties, or you can simply curl up by candlelight and enjoy a spooky tale on your own.

The scary Halloween stories of the Peace and Plenty Inn and The Face on the Tree follow the Halloween tradition. You can venture further into the macabre with the remaining tales presented just for this spooky holiday.

The Peace and Plenty Inn

The Peace and Plenty Inn was once a tavern and stagecoach shop before the Revolutionary War. Later, it was converted to a private residence. The sprawling red-clapboard home has welcomed many families in its almost four-hundreds years, yet some people have felt very unwelcome indeed. One night just before Halloween, Ann came to the old inn to babysit for the Armstrong family. The three little girls had done their homework and were already in their pajamas and ready for bed. The Armstrongs left for their dinner engagements. Around nine o'clock, with all three girls tucked safely into bed, Ann settled in front of the television to watch a movie.

About fifteen minutes later, Ann suddenly felt chilled to the bone. She set her cola on the end table and checked the thermostat. The room temperature was set to 70 degrees, and she could hear the oil burner chugging along in the basement. "Hmm, that's strange," she thought. "It's freezing in here." She found an afghan on the back of the couch and settled back to watch television.

A few minutes later, she heard heavy footsteps on the stairs leading from the kitchen to the second floor. "Katie? Elizabeth? Laurel?" she called out the three children's names. The footsteps seemed to be coming closer. "Are you girls playing a trick on me?" Abruptly, the light on the end table flickered, flared and went out.

Ann checked the kitchen and the hallway. It was even colder back there than in the living room. Nobody was there. She shook her head and went upstairs. All three girls were sound asleep. She returned to the living room.

Suddenly the knob began to turn on its own switching to channel 4, 7… and then static.

A voice whispered through the TV, "Get out."

With a shriek, Ann pulled the plug from the television. Mrs. Armstrong found her upstairs, curled in her afghan, asleep at the foot of the children's beds. "Ann, are you all right?"

The Face on the Tree

Gloria and her friends Sarah and Megan enjoyed riding their horses through the woods next to the riding stable. Many of the old timers at the stable warned them not to pass Black Woods at night on horseback. The haunted woods often spooked the horses - as well as the riders. One particularly beautiful night close to Halloween, the girls rode out further than they intended. The crisp leaves crunched under the horses' hooves, and the girls spent more time than usual exploring an unused trail. The sunset faded, and the girls suddenly realized they would have to pass by Black Woods in pitch darkness. The horses knew the path and picked their way carefully through the woodland trail. As they came to the fork in the trail that led left past Black Woods toward the stables or right towards the road, all three horses balked and refused to turn left.

"You go," Sarah said. She shivered. "I want to ride towards the road and walk on the road back to the stable."

Gloria persisted. "We're going to get in trouble if we walk the horses on the road at night. It's too dangerous. Besides, we're almost back. We just have to get through Black Woods."

Sarah and Meg had already turned their horses and headed towards the road. "Fine," Gloria fumed. "I'll go straight."

She urged her horse forward. As they rounded the last turn into Black Woods, an eerie glow suddenly lit the path in front of her. Gloria urged her trembling horse forward. As she turned the last corner through Black Woods towards the riding stable, the glow became stronger and centered on a huge, lightning-struck oak tree. On the trunk of the tree a woman's face appeared. She glowed with a white light as her lips moved.

"Tell them…," she whispered. "Tell them I'm innocent."

Gloria kicked her horse, but the horse needed no urging. He flew through the woods and stopped at the stable door trembling in fear.

The next day, one of the stable owners, Tommy, stopped by while Gloria groomed her horse. Tommy had heard that Gloria had ridden alone through Black Woods after dark, and so close to Halloween. As she curried her horse, Gloria worked up her courage and asked, "Tommy, why do people say we shouldn't go into Black Woods at night?"

"Because of the Hanging Tree," Tommy said.

"The big oak." It was a statement from Gloria, not a question.

"The very one," said Tommy.

The apparition's words echoed in Gloria's mind. "Tell them I'm innocent." She shivered.

She never rode anywhere near Black Woods or the old Hanging Tree ever again.

Riding Home From the Party

15-year-old Jacob went into the garage to retrieve his bike to ride to a Halloween party but discovered the front tire was flat. Running late, he hopped on his sister's bicycle and pedaled toward his friend's house. He turned down the lonely side street skirting the woods that he and his friends used as a short-cut through town. He shrugged off the creepy feeling someone was watching him as he neared the darkest part of the street and sped through as fast as he could. He arrived at the party and stayed until 10 pm. On the way home, he considered not using the shortcut, but he needed to study for a math test and wanted to get home as fast as possible. He started down the narrow lane when he noticed someone was in the middle of the street. It must be some kid from the party taking the shortcut home. Jacob slowed down as he drew closer. The figure turned around. An ugly twisted gnarly face glowered at him. Jacob slammed on brakes intent on turning around when a heavy chain rattled through the air. He turned just as the chain slammed into his head, wrapping around his neck. "Got you!" the wicked voice boomed as Jacob felt himself falling to the ground. The macabre being stood over him with blood dripping from its lips. "Thought you'd never come back this way, boy. Glad you decided to take the shortcut home!" Jacob's sister's bicycle was found in the middle of the side street. Drag marks were determined made by the killer dragging Jacob's body off the road. The police discovered Jacob's body drained of all blood only a few feet from the street. His killer was dubbed The Halloween Vampire. To this day, no one travels down that side street, especially at night. 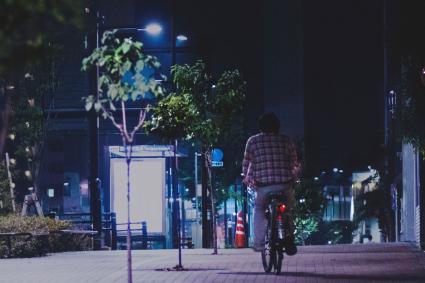 Moss Man and the Bully

One Halloween, a group of teenage boys decided to play a prank on the school bully. They invited him to a secret initiation into the Society of the Forest. The most popular high-schoolers would be in attendance. They chose a spot where the ground was completely covered in moss. One of the boys dressed in a camouflage ghillie suit and hid in the thicket while the others, dressed in black robes with hoods, gathered around a makeshift altar underneath the tree canopy. The bully arrived, and the ceremony began with unintelligible chants. The bully looked about and decided he'd been punked. He shouted threats at the hoaxers. Just then the boy in hiding sprung up from the moss-covered ground and grabbed the bully, dragging him deep underground. The other boys assumed their friend had discovered a cave or underground opening. Laughing and cheering him on as the bully cried out in terror, their laughter broke off when the boy dressed in the ghillie suit came walking out of the forest. Confused, the boys turned in the direction where the Moss Man had dragged the bully away. The boys screamed and stumbling over each other ran out of the woods. The bully was never seen again, and the Halloween story of the Moss Man was born. 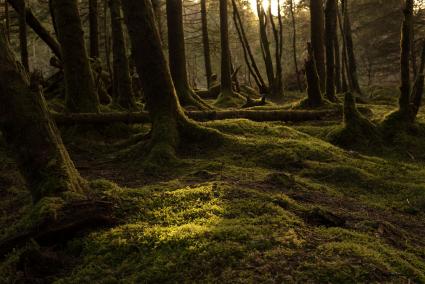 Three middle school boys decided to roll the town witch's house. Rumored to be a witch, the woman lived on the outskirts of the small town and no one ever saw her. Her yard was overgrown, and the house was in a state of disrepair. They waited until it was late at night and sneaked out of their houses and met at the edge of town where they walked to the witch's house. It was dark and cold. No light or warm could be seen inside or outside the house. The only thing resembling Halloween was an orange helium-filled balloon tied to the front door. With muffled giggles, the boys went to work tossing rolls of toilet paper up into the trees, overgrown shrubbery and onto the roof of the house. They were nearly finished when a black cat mewed by the front door. Startled the kids stopped like frozen statues. A puff of black smoke emerged from the house. Two of the boys sprinted across the yard, but the third one tripped and fell in front of the smoke and was quickly engulfed. Screaming and crying he found himself lifted from the ground and being drawn toward the front door. He panicked. He cried out for his friends, but they were long gone. He sobbed for his mommy when he found himself inside the orange balloon. Struggling against the mylar prison, he pounded his fists against the elastic walls. "Happy Halloween, my mischievous imp." Came the crackling voice as cat shape-shifted into the witch. She reached up and untied the balloon. She stood laughing as the screaming boy drifted up higher and higher over the sleeping town, never to be seen again. The story of the balloon boy spread through the town but was considered an urban legend created to explain the mysterious disappearance of the unfortunate missing boy. 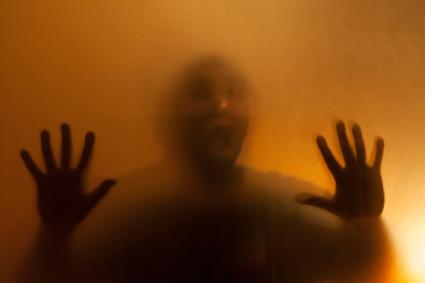 Scary Halloween Stories for Everyone

There are plenty of short scary Halloween stories to go around. Share spooky stories to get into the spirit of this celebrated holiday.