Many people resort to using Snopes and other methods in their attempts to identify urban legends. You may want to be your own fact checker before concluding a story is just an urban legend.

When Snopes first came on the scene (1994), there were very few fact-checkers online. In fact, Snopes started out as "Urban Legends Reference Pages." This mom and pop website was owned and operated by husband and wife team, David and Barbara Mikkelson. The couple conducted the fact-checking and created a message board. In 2014, the couple was caught up in a nasty divorce and brought in untrained fact-checkers from their message board. The change altered some people's perception of Snopes.

What You'll Find at Snopes

As you'd expect, Snopes recounts many popular urban legends, both present and past. Each one is examined, and the supposed facts are dissected and either declared to contain at least some truth or they are debunked. In most cases, Snopes labels an urban legend as true or false, but some stories simply remain unverifiable. The website also covers other types of fact-checking topics.

Many news organizations and websites cite Snopes as a reliable source for ferreting out hoaxes. Snopes is one of Facebook's third-party fact-checkers. Some individuals question Snopes as unbiased reporting.

Other Websites Beyond Snopes

You may want to test out other fact-checking sites, especially those focused on fact-checking urban legends. These fact checkers should potentially be neutral territory when it comes to political agendas. Just keep an objective point-of-view when dealing with any fact-checker. The following have a good urban legend reliability factor.

Hoax-Slayer is a one-man show that was founded in 2003 by Australian Brett Christensen working in his home office. Brett investigates and pens most of the website reports on urban legends. A quick site search for "urban legends" brings up pages of old and new urban legends, such as The Faded Gingham Dress story. Brett breaks down the urban legends, shifts through to reveal what is true about the story and then ferrets out what is fabricated.

Truth or Fiction was founded in 1999 by Rich Buhler who had a 30-year career researching and writing about urban legends as a broadcast journalist, author and producer. The website, like all fact checking sites claims it's non-partisan. You can find urban legends by searching the website. However, it's stated that the majority of the urban legends are ones circulated through emails. The website states every story is either personally researched or exposed as a classic urban legend.

Kent Crawford welcomes visitors to Scam Busters by stating the website is a public service that also features an email newsletter. Kent states that Scam Busters has helped more than 11 million people by offering information protecting them from identity theft, spam and various Internet scams. There isn't a bio for Kent or any information about the website founder(s) other than Scam Busters has been around since 1994. You can find a list of popular urban legends that also includes various email hoaxes.

Be Your Own Fact-Checker

You may decide to be your own fact-checker. You can conduct your own fact-checking through independent research to debunk and expose hoaxes. There are few tips that can ensure you're successful in identifying false information, hoaxes and what is the truth when it comes to urban legends. 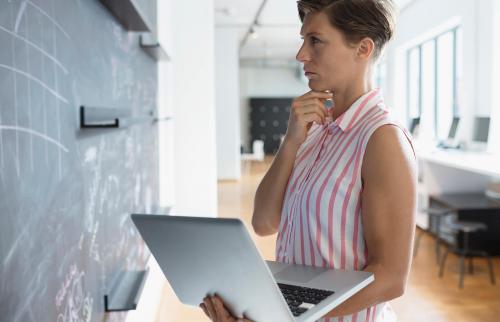 Go to the Source

The number one rule for fact-checking a story, such as trying to identify if something is true or simply an urban legend is to go directly to the source. If the story you're investigating gives names, time, date, and location, these are the places you need to start with tracking down eyewitnesses.

You may not be lucky enough to have a lot of facts. If the original story doesn't provide any names, but gives a time, date and location, this gives you a good starting point. You can search through news media archives. If there is a local newspaper, you can contact the editor to verify details.

If the story is vague with no eyewitnesses, you can conduct an online search for related stories. In the case of urban legends, you tend to find similar details to the original story. It's highly probable you're dealing with an urban legend story if:

Another way you may want to check the validity of a tale is by reading an article that details some popular urban legends. Another source is YouTube where you can find a wide mix of urban legend tales exposed as hoaxes.

A few well-known urban legends show obvious signs of being untrue. For example, you've probably heard the story about the girl who went to a party, passed out and woke up in a bathtub full of ice, minus one kidney. 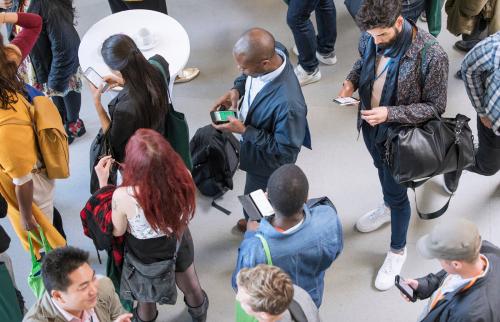 This urban legend grew over the decades. One version was a man seduced by a beautiful woman, passed out in a hotel room and woke in the tub, only in this tale, both his kidneys were removed, and a cellphone was left with a post-it note, "Call 911. Now!"

Often the retelling of these stories brings them to your town or somewhere near. Does that make for a shocking coincidence or is it a sign that the story is an urban legend?

These classic urban legends may have a bit of truth to them, such as people around the world are victims of organ harvesting and some sell their organs to illegal organ harvesting rings. This touch of credibility fuels the stories to be circulated and recycled year after year. Often the events happen to another person once or twice removed from the storyteller.

Many urban legends contain just enough plausibility for a trusting person to accept the information as fact. The person motivated by a desire to protect others from such a horror, rushes to pass the story on through social media. They inadvertently become part of the hoax and create a perpetual regurgitation of the famous urban legend that is nothing more than spam.

Of course, there are urban legends of another sort that are simply based on misinformation that gets passed on from one well-meaning person to the next. In the end, most people turn to a fact-checker to verify or debunk the story.

Use Snopes and Other Methods to Analyze Urban Legends

While some people promote using Snopes or other fact-checkers to identify urban legends, you may decide to take on that responsibility yourself. You can usually find the truth when you dig a little beyond the usual website and research similar urban legends.