Spiritual mediums use their psychic powers to contact or channel spirits for guidance, advice or foretelling the future. These entities are spirits of dead people, or beings from other worlds and dimensions, such as enlightened ascended masters, angels or even aliens. Spirit guides often direct the medium or the medium's clients on ways to achieve higher spiritual growth and development.

Walk into any bookstore or turn on the televisions, and you'll encounter a plethora of information about mediums. While there are many spiritual mediums, a few stand out among others for their notoriety or accuracy.

James Van Praagh's (JVP) life story was featured in a TV movie, Talking with the Dead. His medium and psychic experiences were the basis for the popular TV show, Ghost Whisperer. James uses his abilities as a psychic medium to help people heal from the deaths of loved ones. He created The James Van Praagh School of Mystical Arts and offers numerous online courses as well as psychic and mediumship certification programs for those wishing to develop their psychic and medium abilities.

Sally Morgan is a favorite British psychic. After testing her psychic abilities, Harvard Professor Gary Schwartz dubbed Sally as one of the Top 5 Best Psychics in The World! For four years, Sally conducted readings for Princess Diana and still gives psychic readings to many celebrities around the world. She's a best-selling author with appearances on TV and tours of her interactive shows.

Lisa Williams inherited her psychic and medium abilities from her grandmother. Her career as a medium took her from the UK to America where she had her own TV show, Lisa Williams Live. She also appeared on two other American hit TV shows, Life Among the Dead and Voices from the Other Side. Today, she gives live events, is featured at paranormal conferences, offers private readings, and has her very own psychic school where she trains other mediums and psychics through online and live mentoring weekends.

John Edward appears on his national television show Cross Country every week, bringing messages of hope, love and forgiveness to his audience. His compassionate approach to his work endears him to many. He is perhaps one of the most famous modern mediums due to his television show, personal appearances and private readings.

Psychic medium Michelle Whitedove won the title of America's #1 Psychic from Lifetime TV when she won the competition of "America's Psychic Challenge." The psychic medium contestants were tested and filmed under what's been called the strictest FCC Guidelines. She claims her readings have a 98% accuracy rate. Michelle was showcased on No One Dies in Lily Dale. She's appeared on countless shows to discuss communicating with the dead. A spiritual medium to celebrities, she was invited onto Bravo's show Millionaire Matchmaker where she gave host Patti Stanger a psychic medium reading.

The late Sylvia Browne was a regular on The Montel Williams Show and Louise Hay's Hay House Radio programs. She doled out advice from her spirit guides and her personal spiritual mediumship abilities. She incorrectly told a few parents of missing children that their children were dead when the kids were later discovered alive. The most famous incident was Amanda Berry's mother. Nine years after the reading (2013) Amanda Berry escaped her kidnapper. Unfortunately, Amanda's mother died a year after Sylvia's reading, believing her daughter was dead. In 2006, computer programmer Robert Starrett Lancaster outraged over Sylvia's incorrect readings on missing children, created a website, Stop Sylvia Browne (now defunct) and began documenting all her incorrect predictions and readings. 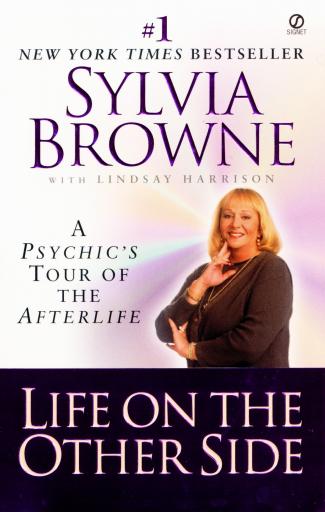 Life on the Other Side: A Psychic's Tour of the Afterlife

Jane Roberts (1929-1984) channeled an entity named Seth. Her writings, also called the Seth Materials, are considered some of the most important modern paranormal writings and are attributed to ushering in the New Age. In addition to channeling the entity known as Seth, Roberts claimed to channel William James (psychologist/philosopher), the painter Cezanne, and other famous personalities. She wrote books from her own perspective as well as the material she channeled from Seth. As a spiritual medium, Roberts experimented with a Ouija board for communicating with Seth advanced to automatic writing and eventually allowed Seth to speak directly through her. Seth communicated through Jane for over twenty years. 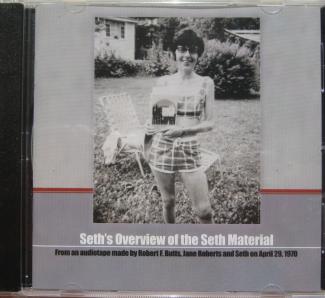 The modern fascination with mediums may have started with the Fox sisters, Kate, Leah and Margaret, who lived in upstate New York in the mid- to late 1800s. The sisters became famous for the poltergeist-like raps and knocks that followed them wherever they went. They began to conduct séances with claims of contacting and communicating with an unseen world. Many years later, Margaret Fox admitted she and her sisters had faked the raps and knocks. She later took back her confessions, but famous debunkers like Harry Houdini remained convinced the Fox sisters were fakes. 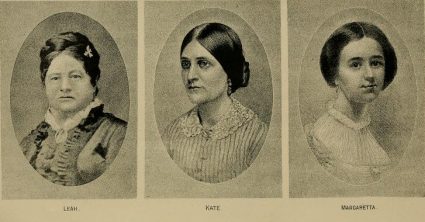 Since ancient times, psychic mediums have used their talents to contact the other side. In African traditions, mediums frequently perform rituals to contact the dead and communicate with deceased family members. Western people may be more familiar with the spiritualist traditions dating back to Victorian times that became the forerunner of our modern fascination with spiritual mediums.

Techniques That Spiritual Mediums Use

Spiritual mediums use a variety of techniques to contact spirits. Mediums often exhibit clairaudience, clairvoyance, clairsentience, and other paranormal abilities related to hearing, seeing and feeling things that cannot be perceived by the five senses.