The process of talking to a spirit may require using different methods depending on the situation. When you have several methods to talk to ghosts readily available, you can try different things when one type of spirit communication isn't working. Talking to spirits often feels strange and surreal, but you can also receive uplifting and inspiring messages from the other side.

One of the most common ways people attempt to talk with spirits involves something called instrumental transcommunication, or ITC. This involves using various types of instruments to communicate with spirits both in real time and after the fact.

The simplest form of ITC is electronic voice phenomenon or EVP. Most paranormal investigators use digital voice recorders during their investigation in hopes of capturing a recording of spirit voices. Some of these have audio jacks that allow you to wear headphones and listen to responses in real time, although for those without this capacity, investigators will only hear any spirit communications on their recordings when they go back and review the evidence after the fact. If you don't have a real-time listening headphone jack, you can also ask a question with the recorder running, allow it to run for a minute or two, and then go back and listen for an answer before asking another question, thus facilitating a conversation in real time.

In recent years, a number of ITC devices have been developed that purport to allow spirits to manipulate sounds the devices generate in order to communicate in real time. These include EVP generation devices such as ghost boxes, Ovilus, Spiricom, and others.

Using Divination to Talk to Spirits

Some people also use different forms of divination to communicate with spirits. These include things like scrying, talking boards, pendulums, and dowsing rods.

Pendulums are an ancient form of divination involving an object on a string or chain, often a gemstone. By causing a pendulum to swing in different directions or patterns, spirits can communicate and answer yes or no questions. 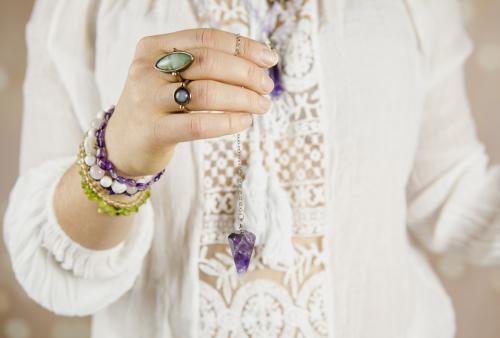 Spirits can also manipulate dowsing rods to answer yes or no questions by crossing the rods, making them spin, or having them point away from one another. They may also be able to manipulate the dowsing rods to point you in the direction of significant items or objects.

Among talking boards, the Ouija board is the most widely known type of this tool, although there are many other brands and layouts. They all work on the same principle, however, with spirits manipulating the planchette or indicator to spell out answers to questions.

With scrying, spirits communicate by showing images in an object such as a crystal, a mirror, a crystal ball, or a candle flame. By asking questions and maintaining a soft focus gaze on the object, you may be able to see images a spirit projects.

There are many beliefs, both religious and paranormal, that consist of talking to a spirit.

Mediums use their natural intuition to sense or feel spirit forces. Many believe everyone possesses psychic powers, but those abilities are more developed in some people than others. Another term for this ability is sixth sense, an ability to perceive spiritual vibrations with a sense other than the five typical human senses. If you don't have a highly developed and trained psychic ability, you can work with a medium to communicate with spirits instead.

Native American and First Nation cultures believe that the human soul is an integral part of the life force that connects everything. For example, it is said in Sioux mythology that every living thing has a spirit, including humans, animals, trees and plants, and even the rivers and mountains. This unified "life spirit" consisting of many spirits is a common belief system among all Native American societies. Native American cultures have countless methods to communicate with this spiritual realm including ceremonial drumming, dancing, chanting and induced visions/meditations. Even seemingly mundane activities like weddings, hunting, fishing and navigating the land have many aspects of spiritual communication within Native American culture. Working with a shaman, particularly if you are of First Nation or Native American ancestry, can help you communicate with spirits.

During the Spiritulism era, holding séances became a popular form of spirit communication. Some people wishing to talk to loved ones who have died perform séances themselves or visit a spiritual medium for that purpose. During the séance, you may be able to engage in spirit communication either through a medium, via automatic writing, or by devising a system of yes and no answers through knocks, light flashes, or similar. 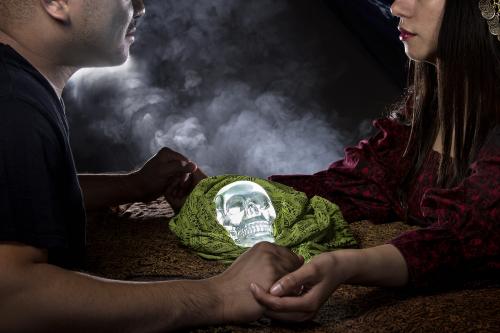 Talking to Spirits in Your Dreams

You can also communicate with spirits in your dreams. In fact, some believe this is the easiest way for spirits to get in touch since your natural defenses are down when you sleep. If you have a dream of someone who has died and it feels hyper-real, there's a good chance you've been talking to a spirit in your dream.

Of course, you don't need any special method to talk to the spirits of people you love who have died. Any time you wish to talk to a loved one in spirit, close your eyes, focus on him or her, and speak from the heart. While they may not answer you in words, the love you feel as you hold someone in your conciousness is their spirit speaking to yours across the barrier between life and death.

4
Comments
© 2006-2020 LoveToKnow, Corp., except where otherwise noted. All Rights Reserved.
Talking to Spirits With Different Methods