If you are interested in ghost stories from Singapore, there are many sources to read tall tales and terrifying, true ghost stories. Singapore seems to be a hotbed of paranormal activity, and there are many books and online reports that provide fascinating ghostly accounts of those events.

There are usually two types of ghost stories. The first are those that are legendary and get passed down from generation to generation. Next, there are events that happen to people or entire families that are told in hushed voices over a campfire. The legendary ghost stories usually focus on a well-known location, and Singapore isn't lacking in such legends. The following stories are the most famous, true ghost stories from Singapore. If you wonder whether Singapore is haunted, just browse through these amazing tales.

The Haunting of the Bedok Flats

Singapore has many flats or blocks of tall apartment buildings where families live. A terrible tragedy took place many years ago in one particular flat at Bedok North Avenue near the Bedok Reservoir in Singapore. A man, woman and their child were creating a life for themselves until, in an effort to make extra money, the husband got caught up in gambling. After destroying the family's finances and owing loan sharks a large sum of money, the financial stress started taking a terrible toll on the marriage.

Eventually, the husband met another woman and informed his wife he wanted a divorce. In an event worse than any Shakespearean tragedy, the young mother threw her three-year-old toddler down 25 stories to his death before jumping out of the window herself. 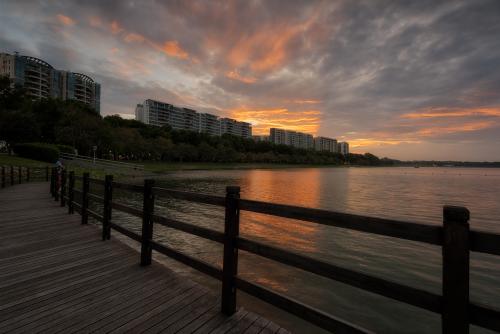 The story turns even more unbelievable as local legend describes the widower eventually had another child with his mistress. On the child's third birthday, the ghost of a young boy, whom the child previously called his kor kor (brother), convinced the child to leap off of the balcony to fly. The child tumbled to his death.

Local residents report the Bedok flats are terribly haunted, and apartments often remain vacant because of the extreme paranormal activity there. Rumors persist that another entire family committed suicide in one flat, and that another person was murdered in an elevator accident caused by a ghost.

During World War II when the Japanese occupied Singapore, the Japanese government wanted to cleanse the population of anti-Japanese residents. Over a thousand Japanese soldiers set up screening centers throughout the country and screened all Chinese suspected of carrying anti-Japanese sentiments. All suspects were rounded up at several sites for execution. Tens of thousands of Singapore's Chinese residents were executed throughout 1942, but one of the most famous locations was Changi Beach. Chinese suspects were shot by a firing squad, and some witnesses report that many victims were beheaded by bayonet. 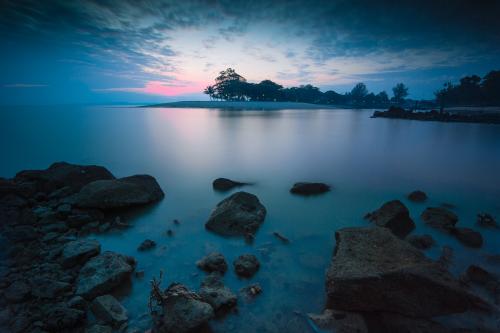 Today, visitors to Changi Beach report hearing screams and crying, as well as seeing ghostly heads flying through the air or headless bodies of the murdered Chinese victims walking along the beach. Visitors also report witnessing some of the mass executions and finding the sand soaked in blood upon examining it afterwards.

Singer Experiences Ghost in a Drain

Tufik Batisah is a famous singer from Singapore. One night, he was driving home when a friend felt ill. She got out of the car and sat by a large drain so she could be sick. Batisah noticed his friend was just sitting, not vomiting, so he got out of the car to go talk to her. She said she was watching a girl in the drain getting sick, but there was nobody there. His friend was lying on the ground, so he carried her to the car and drove her home, leaving the friend with her sister. Later, the sister called Batisah and told him her sister kept asking to be taken back to the drain so she could help the girl there who was all alone.

In 1989, author Russell Lee published Book 1 in his book True Singapore Ghost Stories series. The book cataloged various true ghost stories throughout Singapore, Indonesia and other countries in the region. It was a major hit throughout the world, and Russell went on to publish over 20 books as part of the series from 1989 through 2010. Today, Russell is considered one of Asia's most popular paranormal writers.

Your Ghost Stories has a section where readers can submit their own paranormal tales. You can search this section of the site by country, and there are always a lot of fantastic witness accounts posted here from Singapore.

SFOGS stands for Singapore's Freakiest Online Ghost Stories. The website certainly lives up to its name. One story about a man named Ah Wang describes how his mental and physical health deteriorated after he became possessed by a demon.

Many paranormal enthusiasts focus primarily on the ghost stories or paranormal events that take place in their own backyard, but it's always interesting to explore paranormal accounts from around the world. Ghost stories from Singapore provide a wealth of details from a unique cultural viewpoint.