Uncovering true stories of the paranormal especially those from the CIA weird desk is fascinating. The US government has been researching the paranormal for decades.

The Weird Desk Files are known mostly as Weird Desk among paranormal groups. These files are considered a collection of the CIA's projects and investigations of anything pertaining to the paranormal, ESP and psychic ability research.

Christopher "Kit" Green, M. D., Ph.D., FAAFS served in the CIA from 1969 to 1985. He left the service to pursue his medical career as Assistant Dean of Clinical Research, China, for the Wayne State School of Medicine in Detroit, Michigan, and eventually private practice. In the early 1970s, Dr. Green participated in the forming of a 20-year government research project into ESP and psychic abilities. 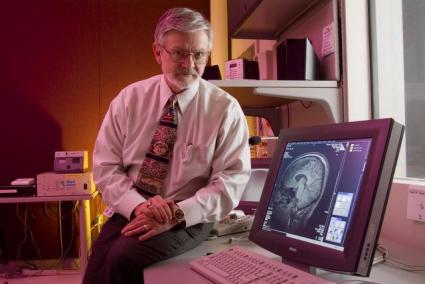 CIA Keeper of the Weird

Dr. Green was dubbed "Keeper of the Weird." He explains, "What has been publicly stated about the wide range of weird claims and even some of the actual data, ranging from terrible to fairly good, is basically correct." He states that over the course of his career, "This activity ranged from a few documents a month to spurts of activity that sometimes occupied a few days a month at the height of activities in the late 70s." He's quick to point out that the weird files only occupied about 10% of his time. He adds, "However, it has resulted in 90% of what is thought to be known about me!"

The truly weird files about the paranormal made up only about 10% to 20% of the material Dr. Green collected. This 10% to 20% had value because of the sources or data were good. More importantly, he was able to verify four out of a hundred cases. These were proven to be legit with no instances of fraud or of being a hoax. "This was because either I personally observed the data gathering and had it tested with a double-blind method, or personally experienced the results," Dr. Green says.

Most paranormal researchers know about the CIA's Remote Viewing program, called Project Star Gate (1972-1990s). In 1995, the Stargate Files documenting the U.S. government's research project of remote viewing were declassified. Dr. Green says, "I was very involved [Star Gate Program] from about 1976 until 1978 and still received briefings until the last one in 1985." After the project was terminated, Project Farsight took its place and is supposedly still operating.

The consensus is that remote viewing is a real phenomenon. Dr. Green says, "There were four experiments in which I participated where I was 100% sure and certain no tomfoolery or hoax was afoot." Dr. Green participated in each of the experiments. He was one of the controllers; the target he oversaw involved a medical emergency of the subject and the fourth ones was a session that took place in his home. Of the last one experiment, he states, "It was clear the results could not have been faked or planned."

Perhaps one of the most convincing and unnerving RV experiment that Dr. Green experienced was one he prepared. He explains that during the Saturday afternoon experiment he was on a phone call with a remote viewer some 3,000 miles away. The targets were in a sealed envelope that he placed on a music stand. The remote viewer described everything correctly.

During the experiment, the remote viewer began to scream that something horrible had happened. He described the image of a square-headed white dog with blood running down its throat. The remote viewer could feel sharp slivers of glass cutting his own body. He described how it was all taking place on a sea of green.

The remote viewer was panicked and concerned for Dr. Green's safety. Dr. Green describes how he rushed downstairs to check on his wife and children. He says, "I found them upset, and cleaning a huge mess of broken glass from the solid green carpet that had been just laid that morning in our empty family room."

That wasn't all. Dr. Green says, "My white bulldog, Charles, had overturned and shattered a glass lamp when running into the room unexpectedly." Charles was exactly like the dog the remote viewer described. He was told the dog had tripped while running around the room on the bright fire-red three-inch wide macramé collar. "It was around his neck and dangling under his chin, down his throat and trailing between his front legs," Dr. Green explains.

True Stories of the Paranormal From the CIA Star Gate Files

One of the better-known weird desk stories is found in the true stories of the Star Gate files. In a January 28, 1987 report, the remote viewer was tasked with three coordinates Titan, the planet Saturn's moon, Mt Hayes, South American/Africa. The remote viewer found bases at each location and described aliens and humans.

The remote viewer described a base on Saturn's moon, Titan. The viewer saw two young men operating a control panel supervised by a woman - all appeared to be human.

The remote viewer described a base with two entities outside a structure, attending to some undefined routine task. Inside the structure, she described two entities that appeared to be human. One sat at a circular console with a round object that served as a screen. The other entity worked in the background.

Two different entities were working on the site. One was tall with a round head on a slender neck non-human. Described more like a robot than human. The other was human in appearance, but had no facial hair, a very pale complexion, and a sharp slender nose.

For a time, the CIA was very interested in Skinwalker Ranch. The 500+ acre ranch in Utah, known as Skinwalker Ranch (also Sherman Ranch) has been on the paranormal radar since the early 1970s. The first reports of the strange frightening events surfaced soon after the new ranch owner and his family purchased the ranch from Sherman. The name skinwalker refers to the Navajo legend of the magical being.

In 1996, the ranch caught the eye of famous skeptic James Randi. Known for his Pigasus Award (tongue-in-cheek award name) given to investigators to prove paranormal hoaxes and fraud. James gave the award to real estate developer Robert Bigelow, founder of the NIDSci (National Institute for Discovery Science 1995-2004). The award was to provide the funding needed by Harvard professor John Mack (1929-2004) and author Bud Hopkins (1931-2011). For several years, researchers investigated the strange phenomena happening at the ranch. In 2016, Bigelow sold the ranch to Adamantium Real Estate, LLC, a privately owned corporation that trademarked the name, Skinwalker Ranch.

Whether you believe in the paranormal, the CIA certainly has a long-standing interest. There are many other true stories of the paranormal from the CIA weird desk that can be found in the CIA declassified files.