Urban legend hoaxes can be debunked with a little investigative research. Tracing these stories to their sources, especially those that seem absurd and impossible, is one way to debunk them.

It began in 2018 via WhatsApp and then resurfaced on Twitter in 2019. The Momo Challenge is a dire and urgent warning to parents that Momo is a suicide challenge targeting their kids. Supposedly, the grotesque female puppet pops up on the child's cellphone or device and challenges the child to participate in a game of suicide. Naturally, when parents see social media and mainstream media posting about the Momo Challenge, they panic and repost, perpetuating the hoax to a heightened level of fear.

Urban legend hoaxes are often advanced through email chain letters. This type of hoax usually has a demand at the end of the email to forward to a specific number of people within the next few minutes or suffer some tragedy.

One of the most famous chain letter email urban legend hoaxes is the Clown Statue. This email explains how a babysitter called the parents for permission to watch cable TV in their bedroom then asked if she could cover up the creepy life-size clown statue with a blanket. The father shouted to grab the kids and run from the house! They didn't have a clown statue. The police found the babysitter and children murdered by an escaped prisoner. The email message warns recipients to resend within five minutes or a clown will visit them, and they'll suffer the same fate. 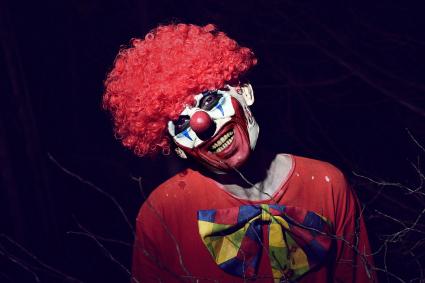 There are several versions of the "clown urban legend". There are a few possible explanations for the origin and perpetuation of this creepy urban legend.

There are numerous urban legends clearly invented as a way to curtail hormonal teens from exploring sex. Each version of this legend depicts a teenage couple barely escaping death by abandoning their plans to have sex, typically in a car. Another version is the dead boyfriend urban legends where the boyfriend is killed while the couple is parked at the end of a lonely road. Both types of stories are designed to strike fear in teenagers to dissuade them from indulging in their sexual urges. The car versions are still the most popular stories. 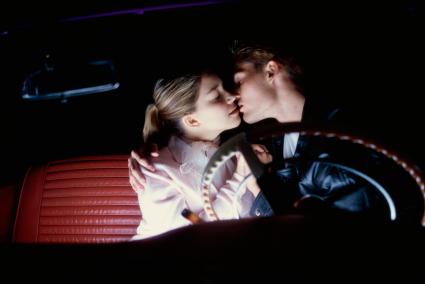 Hook on the Car Door Handle

In this urban legend, a couple is spooked while parked in a lonely isolated area and abruptly leave after hearing odd sounds moving outside the car. They speed off. On the return to the girl's house, the couple is frightened to discover a hook dangling from the car door handle.

This urban legend dates itself circ 1950s - 1960s based on car door handle style and the boy opening the door for the girl. However, this story could easily have been spawned from that era's horror movies that often depicted a night scene of a couple parked near a wooded area and a raging monster emerging from the darkness to attack the unsuspecting lovers.

A more modern spin on this urban legend tells of a couple in a parked car at night. The two teenagers hear a noise just beyond the car and eventually, against the girl's protests, the boy steps from the car to see what it might be. Soon after, the terrified girl hears this odd noise like something swinging back and forth. She overcomes her fear and opens the car door, stepping out of the vehicle only to discover her dead boyfriend hanging from the tree overhead. Again, this is the stuff of horror movies for a different generation. The underlying message is don't sneak around to remote places to have sex.

Waking Up in Tub of Ice With Missing Kidneys

Another modern form of this type of messaging is found in the warning email circulated as true. A person claims to know someone and offers what seems like authentication but doesn't provide names, dates or details to back up their claims. The story unfolds about a sister, brother, someone they know waking up in a tub of ice with a note not to move but to use the cell phone left on the stool to call 911 immediately that their kidneys have been harvested. The person recalls meeting someone at a party but after that they don't know what happened until they woke up in an apartment or hotel bathtub.

This urban legend has circulated the streets of New York since the 1960s. The stories described how New Yorkers returned from Florida vacations with baby alligator pets, grew tired of them and subsequently flushed the poor creatures down the toilet. With an ample supply of rats these creatures grew to frightening sizes. 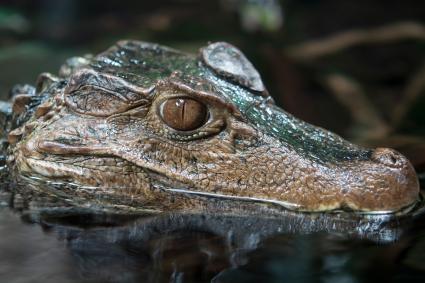 This urban legend is debunked in Chapter 89, Alligators Below of Richard J. Heggen's book titled In Underground Rivers: from the River Styx to the Rio San Buenaventura with occasional diversion. Heggen quotes Herpetologists, Sherman and Madge Rutherford Minton saying they hadn't been able to track down any alligators and could "assure New Yorkers that alligators are not among their urban problems."

It helps to research the origins of urban legends. If you can trace the facts behind some urban legends, it's often easy to debunk them.