The origins of legends of werewolves come from true stories of terrible events and diseases that took place centuries ago. Intermingled with those legends are also myths and rumors of magic that are woven throughout societies and cultures with deeply held beliefs in ancient witchcraft and black magic.

Werewolves tales have appeared throughout history. In fact, the earliest legend of a werewolf may have appeared in the Epic of Gilgamesh. The strange creatures also appeared in Greek myths and have continued in folklore across cultures and continents. Currently with the Twilight series of books and movies, werewolves are enjoying renewed popularity and interest.

Many cultures have werewolf legends that evolve over time as they are passed down through generations. Legends even exist in the United States.

This account comes from Talbott County, Georgia, in the United States. A farmer there lost sheep every night. Night after night, hunting parties attempted to capture or kill the animal that was slaughtering the livestock, but to no avail. A local woman suspected her sister might be involved, so one night she armed herself with a pistol and headed for the sight of the killings. Once there, an animal suddenly lunged at her and she shot at it, but it got away. The next day the woman's sister was missing her left hand. The girl was treated locally, and then her mother sent her to France to be treated for lycanthropy. As legend has it, the attacks on the sheep stopped while she was gone, but they resumed once she came home.

From the mountain region of France comes the story of a royal werewolf. A hunter visited the court of the local Lord and Lady and asked them if he could hunt in their forests. They gladly granted permission and the hunter then bowed to kiss the special jewel-encrusted ring worn by the Lady. While hunting, the huntsman encountered a fierce wolf who leaped at the hunter's throat. The hunter drew his bow, but only managed to sever the paw of the wolf before it ran off. He placed the paw into the basket he usually used to carry the game he killed. After the day of hunting was over, he sat next to his campfire and decided to examine the paw more closely. He recalled that the wolf had acted strangely and wanted to learn more. To his horror, he saw a woman's hand in the basket wearing the Lady's unique jewel-encrusted ring. He returned to the court the next day and with great sorrow, presented the hand to the Lord and Lady. The Lady confessed her werewolf affliction and was summarily executed.

Many werewolf stories refer to a wolf strap. Legend has it that to receive the strap you need to sell your soul to the devil, and anyone who possessed this magical device could wrap it around himself tightly and transform into a werewolf at will. In Russia there was man who lived on the edge of a village. He did not mingle much with the villagers and mostly kept to himself. Many whispered tales circulated throughout the village about the man's strange behavior and his sneaky ways. Some people reported seeing strange tracks in the snow outside his house during the winter.

One night the villagers hid in the man's barn to see what had made the strange tracks. Around midnight a candle flared inside the house. Soon thereafter they heard the howl of a wolf, and a large black creature leaped from one of the windows of the house into the snow. Sure enough, the tracks led away into the woods.

Frightened, the villagers hurried back to their homes and locked the doors. They held a quick council. The next day they knocked on the door of the man's house and asked him where he had been the previous night. When he refused to answer, they seized him and searched the house. There, hidden under a thick blanket in a chest of drawers by his bedside was a strange leather strap carved with symbols, and rubbed with herbs and a strange greasy substance. The village elders, recognizing it for what it was, immediately burned the man and his evil wolf strap at the stake. 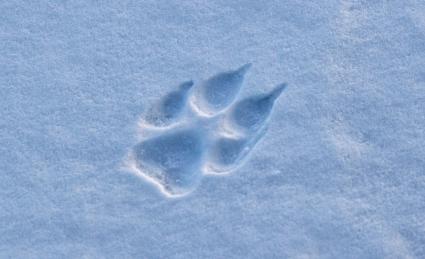 Lycanthropy is the term used throughout folklore for the ability of humans to transform into a wolf. Clinical Lycanthropy is a psychological term used to describe a mental illness where the patient believes he or she has the ability to transform into a wolf. There have been a number of documented cases throughout the psychological journals that detail many of these fascinating cases that psychologists now classify as symptomatic of schizophrenia.

Porphyria is a very rare genetic disorder involving a deficiency within red blood cells that causes myriad physical effects that amazingly parallel many of the old "werewolf" descriptions from most of the very old accounts.

Another rare disease is Hypertrichosis, also called "Wolfitis" due to the fact that the afflicted person suffers from dramatically excessive body hair. The overgrowth even affects areas of the body that normally do not have hair such the face. Many psychologists believe that this condition also results in serious psychological disturbances regarding how people perceive their own feelings about their body. They believe that severe body image distortions lead to a psychiatric condition where the afflicted begin to believe they've actually transformed into a wolf.

With such a long history of reports of werewolves, as well as the numerous legends surrounding it, it's virtually impossible to separate fact from legend. Many cultures continue to share stories of werewolves, making this creature a legend that lives on.