Historians have traced the concept of human shapeshifters back at least as early as 600 B.C.E. and probably earlier.

The Epic of Gilgamesh, which was written in about 2100 B.C.E., tells the story of Gilgamesh leaving a woman because she had turned a previous lover into a wolf. This may be the earliest literary reference bearing resemblance to later stories of werewolf transformations.

The book of Daniel in the Bible tells the story of King Nebuchadnezzar's curse. Believing his power and influence was self-created instead of coming from God, Nebuchadnezzar suffered a curse by living as and being treated as a beast. The king believed that he was, in fact, a wild beast and grew out his hair to fill that role. Eventually, when Nebuchadnezzar accepted God's supremacy, the condition was lifted. It wasn't until almost a thousand years later that medical science identified the psychological and physical condition as "lycanthropy." Throughout the centuries, people afflicted with the psychological side of this illness often only became convinced that they were werewolves and suffered from the werewolf curse even though there was no physical evidence to support they were werewolves. 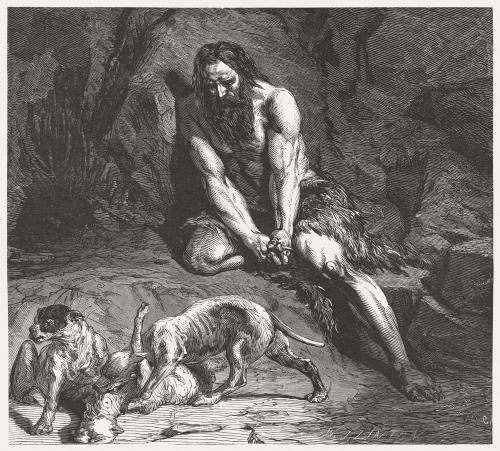 In many stories, becoming afflicted by a physical transformation into some sort beast is a form of a curse from the gods. In Greek mythology, the story of Lycaon has been recounted in many myths. Lycaon wanted to see if Zeus was all-knowing, so he fed him the roasted flesh of his son, Nyctimus. In return, Zeus punished Lycaon by turning him and all of his children into wolves. The 8 A.D. poem Metamorphoses by Ovid describes this transformation

In other historical cases, the werewolf condition was purely medical. The afflicted person grew hair at a faster rate and over a larger portion of the body than normal. For these folks, more often it was the community that became convinced that the person was a werewolf. Throughout the 1500s and 1600s, communities and cultures around the world experienced many werewolf sightings, and they accused and convicted both the innocent and the insane of being werewolves. These accusations were often tied closely to religious beliefs of the time. Recorded cases in France, Russia and other countries provide disturbing glimpses of murderers and the insane being diagnosed with this supernatural illness and convicted.

Peter Stumpp, The Werewolf of Bedburg

In the late 1500s, residents of Bedburg, Germany were terrorized by a creature that was slaughtering its animals and kidnapping women and children. The townspeople believed a werewolf was responsible. The horrible events were traced to a local farmer, Peter Stumpp. On trial, Stumpp claimed the devil had gifted him with a magic belt that turned him into a wolf who went on blood-thirsty rampages. Taking the belt off, Stumpp claimed, turned him back into the man. Stumpp was found guilty of being a werewolf and executed for his crimes.

Stories Suggest Causes for Transforming Into a Werewolf

Even today, a fair portion of the population believes there are creatures who can shapeshift from human to animal form. There are even more people who at least believe beasts exist that have not yet been identified by modern science. The field of cryptozoology is based on this premise. For those who believe in shape shifting, or the transformation from human to animal form, the transformation process is detailed in myths and legends throughout the centuries and throughout many human cultures.

Throughout the world, the werewolf curse remains a part of the local culture. For example, in Russia, Romania and even Italy such a curse is related to children being conceived on specific days such as a new moon, Christmas Eve, or Easter. In other parts of the world, this conception curse is based on numbers, not timing. For example, some myths from Brazil and Spain maintain that the sixth or seventh child in a family will be cursed with becoming a werewolf.

In some parts of the world, people believe the werewolf transformation is caused by certain food or drinks. Throughout Southeastern Europe, a common belief is that a special white and yellow flower with white sap (aconitum or wolfsbane) will cause lycanthropy. 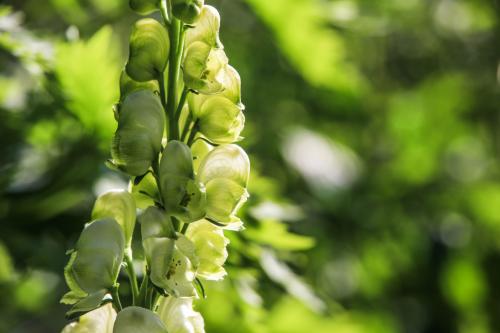 Drinking From a Cursed Stream

Another fascinating legend in Germany is that a certain stream in the Harz Mountains is cursed. Locals believe that anyone who drinks from it will turn into a werewolf. One particular tale is of Countess Hilda van Breber who drank from the stream before learning that it was cursed. The legend says that a number of children went missing in the area until the creature was trapped in a house one evening after stealing a child. The Count entered the house and shot the creature. Upon getting a clearer view of the werewolf, he realized it was his own wife.

Other Storied Causes of Werewolf Transformations

Other werewolf transformation stories around the world ascribe different causes for the affliction.

There are still many people and cultures around the world who believe in the reality of supernatural werewolf transformations. Werewolves are commonly fictionalized in popular culture, such as the Twilight movies and books or in the 2018 movie, Fang. And in many communities, werewolves remain a serious concern and creating anxiety for the safety of small pets, farm animals, and even children.