What Is an Out-of-Body Experience?

Before you can consider what causes out of body experiences, it's important to understand exactly what an OBE is. Throughout written history, humans have reported having an experience marked by a feeling of being outside of the physical body. The event is more than just a feeling. People actually describe seeing themselves from an external perspective as though they are looking at another person.

The Biology of OBE

The out-of-body experience was long considered a medical mystery. At least one out of ten people have reported having such an experience. Many of those experiences were passed off as delusions, but as more and more patients reported OBEs, the scientific community began taking it more seriously.

OBE Can Be Artificially Induced

In 2007, Scientific American reported about a study where neuroscientists used a video camera and virtual reality goggles to induce a sensation that most would describe as an out-of-body experience.

OBE May Be a Trick of the Brain

In 2009, three neuroscientists with the Coma Science Group Cyclotron Research Centre in Belgium published an article titled Towards a Neuro-scientific Explanation of Near-death Experiences? that outlined how the temporo-parietal cortex is involved during out-of-body experiences. This added weight to the theory the cause of those experiences is physical and located somewhere within the brain itself.

OBE Can Occur During Dreams

Another long-standing biological explanation for out-of-body experiences is based on sleep paralysis and the circadian rhythm. Numerous sleep studies prove that people pass through an intermediate sleep stage between wakefulness and REM sleep when the REM system produces paralysis. For some people, the REM system can malfunction and cause paralysis while the person is still alert, inducing feelings of floating outside of the body in combination with vivid dreams.

The scientific explanations are supported by numerous case studies which show that the biological cause may very well be the answer to the OBE. On the other hand, there are elements of those experiences that science has yet to explain, such as how people can report specifics about remote locations and events they witnessed during their OBE that they had not physically witnessed. Due to these reports, science still falls short in providing a viable explanation for all of these experiences.

There are a number of spiritual beliefs from around the world and throughout history that incorporate some form of the OBE experience. In these cases, believers explain the experience as having a spiritual cause. For example, Hinduism is very well-known for supporting the concept of astral projection and spiritual travel outside of the body. The practice is incorporated into Hindu meditative practices. Additionally, many Pagan religions also believe in inducing the spirit to separate from the body and explore the world on the astral plane. 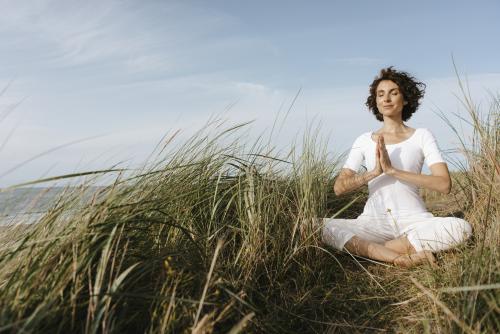 Christianity is split on the issue depending on denomination, and some Christians even believe that the practice opens up the soul to a dimension where demonic forces and evil entities reside. By contrast, many New Age practitioners of deep meditation and astral travel believe that traveling in the spiritual realm is a natural human gift that should be cultivated and developed. The one common theme that runs throughout all of these beliefs is that the phenomenon is induced by an altered state of consciousness where you are able to exist consciously and travel in spirit form even when your body is not dead.

One common experience where OBEs are reported is in near-death experiences (NDE). Dr. Raymond Moody, a pioneer in NDE research, first wrote about the common threads of OBE in NDE described by hundreds of subjects in his book Life After Life. While the experiencers came from different backgrounds, many described multiple similar elements in their NDE and OBE including hovering over their body, feeling disconnected, traveling down a tunnel of light, a sense of ineffability, seeing dead loved ones, and returning to their bodies.

Regardless of the actual cause of an out-of-body experience, if you ever find yourself having one, you can expect it to be a very powerful experience physically, emotionally and many times even spiritually. However, you can rest assured that most people who have the experience report it as being a very positive and uplifting one, and that there's nothing to be afraid of when it happens to you.

4
Comments
© 2006-2020 LoveToKnow, Corp., except where otherwise noted. All Rights Reserved.
Resources, Advice & Tips for Covid-19
Read More
What Causes Out of Body Experiences?