The history of witchcraft is one of ancient practices. Witches have been revered, condemned, and persecuted. Witchcraft is found in one form or another in the history of almost every culture in the world with most differentiating between black magic and white magic.

Trying to pinpoint the exact recorded moment witches arrived on the scene is difficult. However, there are many historical texts that clearly reveal the belief and practice of witchcraft to form a written timeline.

The Sumerians are believed to have resided in southern Mesopotamia (6000 B.C. to 4000 B.C.) with their first written documents evolving around 3000 B.C. Their religion was a mix of various gods and magic. Witches were ultimately considered demonic and exorcists, using magic and commanding the supernatural were their liberators. Magic was therefore mostly condoned for use in helping people, especially the afflicted.

The story of the Egyptian god Ptah and the use of magic to create the human mind and language is told in one of the oldest known Egyptian texts. The god Thoth used words of magic bestow the people with a native language. There are several ancient texts filled with magic spells including The Pyramid Texts, The Coffin Texts, and the best-known text, The Book of the Dead. From 2700 B.C. to 1500 B.C., Heka was the commonly used magic in Egypt. The priests are credited with making inanimate objects come alive, and they exerted power over nature. Royal lector priests were charged with keeping the Pharaoh from evil and assisting dead pharaohs to reincarnate through magic spells. 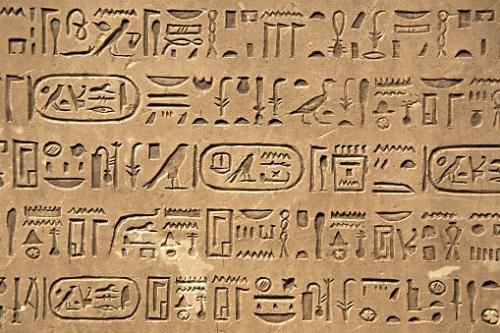 The ancient Chinese culture was closed to the West for the 6,000+ years of its evolution. By 2000 B.C., the practice of witchcraft was an accepted part of the practice of medicine. During the Han Dynasty (221 to 207 B.C.), the country endured horrific and bloody witch hunts. Both the Empress Wei (129 B.C. to 91 B.C.) and daughter of the Emperor Wu (ruled from 141 B.C. to 87 B.C.) were accused of practicing the dark arts. The Empress was exiled to the capital city for practicing love magic in her attempt to become pregnant. The woman helping her, along with 300 other people involved in creating magical potions, were executed.

The ancient Sanskrit texts of India, known as the Atharvaveda, were written sometime between 1500 B.C. and 1000 B.C. The Atharvaveda, also known as the Veda of Magical Formulas, offers various magical spells and religious rites specially for physical illnesses caused by demonic possession.

There were also many pre-Vedic practices of spirit worshiping, divination, and spells considered extremely ancient knowledge. In the book, A History of Sanskrit Literature, Arthur Berriedale Keith writes Buddhists, Jains, and Brahmins all shared the belief sages could attain magical powers, such as controlling nature, through self-discipline and avoiding overindulgence.

According to the Jewish Encyclopedia, one of the earliest references of witchcraft in the Bible was written some time between 931 B.C. and 721 B.C. The text is found in the story of King Saul taking counsel with the Witch of Endor. The witch summoned Samuel's spirit to assist Saul in defeating the Philistine army. Instead of giving Saul advice, Samuel's spirit foretold of Saul and his sons dying in battle. The next day, Saul's sons died in battle, and Saul killed himself.

The Jewish Encyclopedia states by eighth century B.C. this type of consulting with the dead (necromancy) was popular and rivaled the practice of prophecy. Isaiah and Deuteronomy tell how despite being condemned, witchcraft and other divination arts remained popular. The Jewish Encyclopedia points out the mention of witchcraft, divination, and magic fill the Bible, demonstrating how commonplace such practices were.

According to The Order of Bards Ovates & Druids, the first notable written documentation about the Druids was found in two works of Greek literature around 200 B.C. Unfortunately, those texts were lost to the world, but Julius Caesar wrote sometime in 50 B.C. that the roots of Druidism were in Britain. Historians disagree, believing the Druids originated in Ireland, western Gaul (France), and the British Isles. The magical practices of the Druids were filled with mystique. The Romans claimed the Druids practiced human sacrifices, documented in many historical accounts from Roman scribes.

Ancient Romans and Greeks are credited with making witchcraft a concept of magic and superstition. The Greeks tended to view witches in a negative light, while the Romans practiced and cast spells, believing in various superstitions. Romans are credited with making magia (magic) a type of generalized concept that was first used in literature sometime between 23 and 79 B.C. by Virgil, a poet.

Notably, witchcraft is an ancient world practice. Timelines are difficult to pinpoint for closed cultures, such as Native Americans, and to those that are a mix of religion and magic, such as those found in Africa (Vodou). Vodou migrated to Haiti, Brazil, Cuba, and America, specifically New Orleans, which evolved into Voodoo. America became a vast melting pot of cultures, religions, and beliefs, especially witchcraft and magic. A unique form of religion and witchcraft, Hoodoo, combined Native American traditions/practices with African and even European magical rituals that included grimoires. Biblical context was added to this New World hybrid religion that was Christian based to disguise the ancient magical practices.

The boiling pot of Colonial America brought a myriad of cultures, superstitions and of course, witchcraft. The fear associated with superstitions, magic, and witchcraft grew into a frenzied panic when three young girls from Salem Village, Massachusetts accused three women of witchcraft. Elizabeth (9), the daughter of Reverend Parris, along with her cousin Abigail Williams (11) and Ann Putnam (11) claimed to be possessed by the devil. The girls accused Tituba (Parris' Caribbean slave), Sarah Osborne (poor elder), and Sarah Good (homeless beggar) of casting a spell on them. This started a hailstorm of accusations and resulted in the Salem Witch Trials. After days of interrogation:

The paranoia spread to other townships and before it subsided, over 200 people were accused of witchcraft. Twenty were hanged.

According to Current Archaeology, in the 1800s, the Druid tradition was revived. The modern version of the Druidic Order was created by the Society of Antiquaries and the Royal Society.

In 1807, around 7,000 Druids participated in a grand meeting and then paraded through Birmingham, England. Annual festivals were hosted with oak boughs and banners used to decorate the towns, businesses, and homes. The Methodists took exception to the celebration of pagan, magic, and occult practices, especially the prevalent use of alcohol in the celebration.

With very little documentation available, modern Druids invented, borrowed, and created rituals, rites, and other witchcraft and magic practices to form their religion.

The Britannica Encyclopedia explains the creation of covens is generally attributed to English Egyptologist Margaret Murray, The Witch Cult in Western Europe (1921). Murray wrote a coven was made up of 12 witches with the devil as the coven's leader. She proclaimed the witches practiced animal and child sacrifices. However, in her 1933 book, The God of the Witches, Murray's opinion about witches and the devil seemed to have changed. In her second book, she referred to Satan as The Horned God and renamed the witch-cult as the old religion that predated Christianity.

Two other writers, Montague Summers, a Roman Catholic writer on witchcraft (1920s to 1930s) and Pennethorne Hughes (1952, 1965) agreed with Murray's first book explanation of covens. However, many 21st century witches reject the "stereotypical" view of witches and their covens. Some proclaim they don't worship the devil and don't practice the dark arts. There are many witches that practice Druidism and nature worshipping, as well as the natural/supernatural laws of the universe.

The distinction is made between White Witches and Black Witches. White witches practice nature magic, using the supernatural powers only for good and selfless purposes. The Black Witches use these same energies in a negative way for evil and selfish purposes.

Mystery and Magic of Witchcraft

The dual nature of witchcraft is portrayed throughout history as complex and contradictory. Intentions of the practitioners seem to be the determining factor if witchcraft is good or evil.