There is no absolute proof aliens have visited Earth or live among the humans on the planet. However, many people feel there is compelling evidence suggesting aliens have not only come to Earth, but they've made contact. Currently, all of this remains supposition based on reports of strange encounters and phenomena.

Is There Intelligent Life on Other Planets?

One of the most well-known arguments suggesting there could be intelligent life on other planets is the Drake equation. Dr. Frank Drake, an astronomer, presented an equation in the 1960s that showed the likelihood technical alien societies could exist in Earth's galaxy, the Milky Way. Unfortunately, while some numbers in Drake's equation are known constants, such as stars with planets around them, others are only rough estimates or complete unknowns. Because of this, there are a wide range of potential answers from zero possibility of alien societies existing to a high probability there are other intelligent beings in the Milky Way.

From the Milky Way to the Universe

However, the Drake equation only covers a single galaxy, and there are an estimated 100 billion galaxies in the universe based on data from the Hubble Telescope. This means there's a high probability that somewhere out there in those billions of galaxies, other intelligent, technical societies exist. However, to determine whether any of these societies are visiting Earth, one has to dig into evidence surrounded in mystery, conspiracy theories, urban legends, and the complexities of the human mind.

If Other Intelligent Societies Exist, Are They Visiting Earth?

People who believe aliens have visited Earth and interacted with its inhabitants base their belief mostly on eyewitness reports, including UFO sightings, possible alien abductions, and the existence of strange phenomena such as crop circles and cattle mutilations.

People regularly report sightings of unidentified flying objects (UFOs) around the world. Sometimes, many people at once experience the same UFO sightings, offering more corroboration and credibility. However, it's important to note there is no proof UFOs are alien ships; rather, they are merely objects spotted in the sky that people can't identify. And while these could be alien ships, they could be something else as well.

These are just a few of the many reports of UFOs from around the world that many people cite as evidence aliens are visiting Earth. 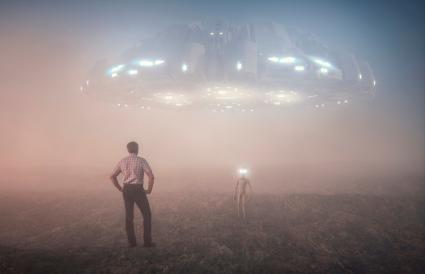 Another type of possible evidence of aliens visiting Earth comes from eyewitness reports of alien abductions. These reports come from people who claim to have been beamed aboard a spaceship where they encountered strange creatures who didn't look or act human. Many also claimed the aliens aboard the ships conducted invasive medical tests on them, and several claim to exhibit common symptoms of alien abduction.

While reports like these are compelling, however, they still don't constitute proof aliens are visiting Earth. There are many theories outside of alien abductions to explain the phenomena including sleep paralysis and false memory recall. 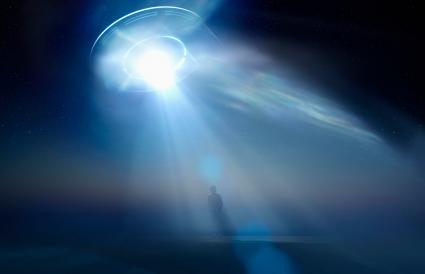 Others point to the occurrence of strange phenomena such as livestock mutilations, in which large groups of livestock (usually cattle) are found dead under mysterious circumstances. This was so widespread in the Midwest in the 1970s the FBI investigated, concluding there was no evidence of anything outside of natural causes for the death and mutilation of the livestock. However, many believe aliens visiting Earth are behind the mutilations, while others believe it is a strictly human operation.

Another phenomenon some people believe indicates aliens have visited Earth is the existence of crop circles, mysterious images that appear stamped into crops around the world. Many people believe all crop circles are hoaxes, especially given the fact hoaxers have come forward and demonstrated exactly how they create them. However, others point to the complexity of certain crop circles as being far beyond what hoaxers can create overnight under the cover of darkness and suggest they may be evidence of alien contact. 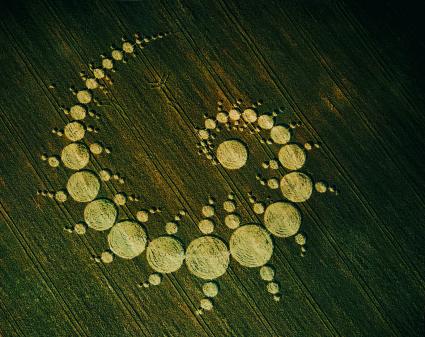 Of particular interest in crop circles is the Arecibo answer. In 1974, the Arecibo radio telescope in Puerto Rico beamed a message into space. It relayed information about the telescope, the solar system, and human DNA among other things. Some believe the response came in 2001 in two crop circles that appeared near the Chilbolten Observatory in the UK. One depicted an alien face, and the other seemed to contain a response to the Arecibo message, sharing information in the same format as the message but with a few key changes.

While no one has ever claimed to have hoaxed these crop circles, skeptics point to the fact the original Arecibo message would have taken about 25,000 years to reach its intended destination, so a response is premature. However, believers feel the message could have easily been intercepted by an alien civilization, which decided to reply in kind.

Other Theories of Aliens on Earth

There's no proof aliens exist or have visited Earth; but there are some interesting reports and theories. However, little, if anything, is truly known about aliens. Some people believe they can identify aliens living among humans. Others point to strange DNA evidence from unusual skulls. However, all of these remain hypothetical at best with multiple possible explanations including everything from hoaxes to the possibility aliens have visited--and continue to visit--Earth.