Many people define parapsychology in the context of the paranormal, but what is it really? Parapsychology is a branch of the social sciences. Its purpose is to use scientific method to study unexplained phenomena including ghosts and psychic ability. It has history extending well over a century, and some universities offer courses of study and degrees in parapsychology.

Parapsychology Definition and Areas of Study

According to the Rhine Research Center, the definition of parapsychology includes the study of interaction between the living and environmental occurrences that fall outside of currently known physical laws of nature. These studies focus on five areas.

This looks at phenomena that suggests human consciousness continues outside of the body, including after death. Included in this category are: 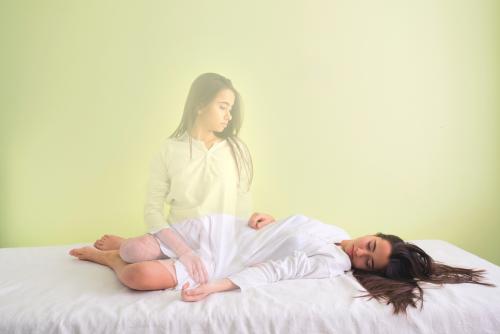 This involves mind-to-mind communication without verbal, physical, or written cues. Mind reading is an example of telepathy.

Also known as PK, psychokinesis occurs when the mind affects matter. For example, someone exhibiting PK may be able to bend a spoon with his or her mind. Likewise, in poltergeist manifestations, objects seemingly move by themselves or loud sounds occur. According to the Parapsychological Association, this usually occurs as result of conscious or unconscious energy generated by the mind of a living person, which results in a burst of PK energy that affects physical matter.

This is a form of psychic ability in which a person with precognitive ability foresees events in the future. This can come in the form of precognitive dreams, or it may occur in a waking state through psychic visions.

Psychic powers include being able to detect something that can't be sensed with the physical senses. There are several types of psychic powers. For example:

Definition of the Term Parapsychological

While history is littered with reports of unusual phenomena, it wasn't until 1882 when the Society for Psychical Research (SPR) in London, England became the first organization dedicated to scientifically exploring the paranormal. At the time SPR formed, the United States and Europe were in the midst of Spiritualism, a movement in which claims of the paranormal were commonplace. A group of scientifically minded men, many who were professional scientists, wished to explore these claims dispassionately using scientific processes. The SPR remains an active society for psychical inquiry to this day.

Nearly three decades later, Stanford University entered into psychical research, studying clairvoyance and psychokinesis under stringent laboratory conditions. Later, in the 1920s, Duke University entered the field, led by J.B. Rhine. At Duke, Rhine and his colleagues studied reported psychics and psychokinesis in an attempt to understand the mind's powers. The Duke University parapsychology laboratory became the Rhine Research Center, which operates to this day, publishing the independent peer-reviewed Journal of Parapsychology.

Along with the Rhine Research Center and the Society for Psychological Research, a number of other scholarly parapsychological organizations exist today, including:

There are too many parapsychologists to name, although some are more well-known than others. Some of these include:

Challenges to Parapsychology From Mainstream Science

Parapsychology has struggled with acceptance in mainstream science. Even though many men and women of science have entered the field of parapsychology, many others refer to it as a pseudoscience. Many scientists who have examined the evidence collected by parapsychologists call it shoddy science at best, with incomplete or poorly controlled data that is not adequate to draw a conclusion from. 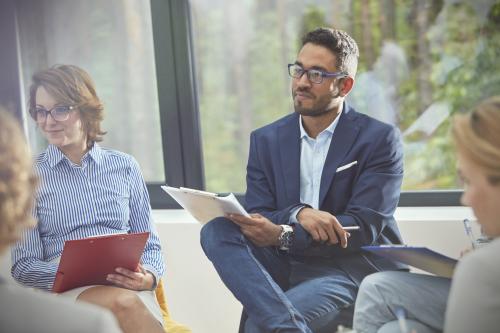 For example, in his article Is There ESP, David G. Meyers, a Psychology Professor at Hope College, notes that in order for people to consider parapsychology a credible science, parapsychologists need, "a reproducible phenomenon and a theory to explain it." According to Meyers and many other scientists, this does not exist in the field of parapsychology.

Other skeptics, such as James Randi and the James Randi Educational Foundation maintain that parapsychological research does not hold up to rigorous application of the scientific method. In fact, Randi is so certain that parapsychology is a pseudoscience that he has instituted the Million Dollar Challenge, offering anyone who can demonstrate any form of supernatural ability a million dollars. Since 1962, nearly 1,000 applicants have applied and Randi claims that none have ever met his stringent requirements for proof of abilities.

In spite of challenges from mainstream science, the field of parapsychology remains strong. Several universities have parapsychologists on staff. Likewise, claims of the paranormal continue to invite speculation as to the nature of reality. With so much interest, there is a need for ongoing scientific study of anomalous phenomena via parapsychology.

1
Comments
© 2006-2020 LoveToKnow, Corp., except where otherwise noted. All Rights Reserved.
History, Purpose, and Definition of Parapsychology