The consensus of people who claim to have experienced an alien encounter or abduction is that aliens don't believe in life after death. There's also a nefarious component to some of these cases. Several ufologists, experiencers, and researchers espouse a theory that a human soul net was created by aliens that preys upon the human belief of an afterlife or heaven.

Well-known Ufologist/ Cryptozoologist and prolific author Nicholas "Nick" Redfern writes about aliens and the afterlife in a 2014 Mysterious Universe article. In the article, Redfern discusses renowned UFO/alien author and radio personality Whitley Strieber's books, particularly one of Strieber's older books Transformation (1988), the sequel to his book, Communion. The latter was turned into a movie by the same title.

Redfern points out Strieber discusses the alien phenomena (Grays) and how they manipulate people and recycle souls. Strieber believes the Grays can move effortlessly between the two worlds of the living and dead. He talks about different claims by alien abductees being manipulated by the Grays into altered states where they come face to face with deceased family and friends.

Redfern shares his thoughts on the push for disclosure, citing in one of his books, Final Events, how secret parts of the government, intelligence community, and military know about the alien connection to the afterlife. He warns that should these secret groups decide to come through with disclosure, the truth might be colored by the human concept of heaven and hell. He believes Grays, a.k.a. aliens, aren't actually extraterrestrial beings but are somehow intricately connected with the afterlife. He postulates humans don't fully understand the nature or origin of the Grays. In fact, he states the aliens perhaps have some kind of connection with the human soul. 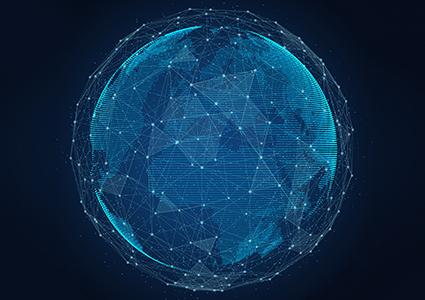 For people like David Icke, the term prison planet is used to describe the theory human souls are trapped in a matrix that is controlled by aliens. The purpose of recycling the souls is to siphon off the souls' energy to fuel these beings. The alien races believed to be involved in the prison planet are said to be the Annunaki, the Serpent Race, and the Sirian alien race.

How the Matrix Prison Was Created

In a nutshell, Lucifer and his fellow scientists were expelled from the Orion Empire when they attempted to overthrow the Empire. They retreated to Earth where the Luciferian group began manipulating genes to produce homo sapiens for the purpose of creating a slave race. The aliens then created a matrix to catch human souls in a cosmic net and force them to incarnate into a biological body (human). When that body dies, the net recaptures the soul. Using their technology, the aliens wipe the soul's identity and memories and then recycle the souls (reincarnation) back into a human body on Earth.

To ensure the soul doesn't regain its rightful sovereign status as an interdimensional being of Orion, the aliens supposedly set up an ideology of the light and tunnel that greet the soul when it leaves the body. To enhance this myth, they impersonate a family member or friend to greet the soul upon its exit from the prison planet. This pattern is repeated each time the soul leaves the body, and that memory becomes deeply embedded so the light and tunnel are familiar and easily accepted. The soul is entrapped within a cycle of reincarnation. This created a prison planet that few souls ever escape because of the ideology, religious teachings, and belief systems long established within the human culture. 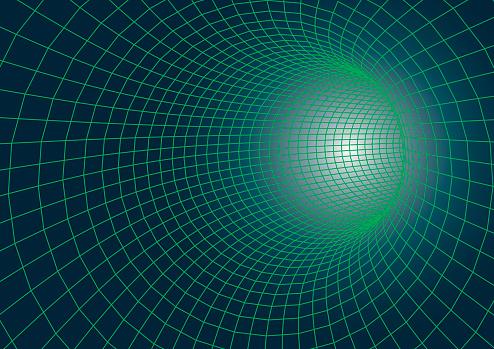 In an article by Makia Freeman, featured on the Freedom Articles website, she writes aliens feed off the energy of negative human emotions generated from the human condition on Earth. The aliens, called Archons, continually trigger those negative emotions through various means, such as wars, media, movies, personal conflicts, and so on.

Wes Penre offers a step-by-step process that enables human souls to escape the soul net. It sounds very simple, but according to Penre, human souls have been conditioned to trust the tunnel and light that arrives when their souls leave the Earth. He advises souls to turn away from the light and tunnel, and they will see the matrix grid. By exerting free will, the soul can escape through one of the openings in the grid and take its rightful place among other interdimensional beings.

Moving past the prison planet theory, one of the most talked about explanations about an alien view on death and the afterlife is a YouTube video. Supposedly the video is an authentic Area 51 interview of Gray. The short video features a Gray sitting across from a man asking questions. Setting aside the question of the video's validity, the exchange shows how an extraterrestrial might view life after death. The Gray reveals his kind doesn't believe in God and states rather matter-of-factly death is the something humans created. He states there is no death. To further bend the mind, the alien explains all lives are mere instances of the same life, and these lives are separated by what humans call death.

According to the prison planet theory, aliens don't believe in an afterlife. In fact, based on several books, videos, and personal testimonies, aliens play a deception role in how humans perceive the afterlife.

1
Comments
© 2006-2021 LoveToKnow, Corp., except where otherwise noted. All Rights Reserved.
Resources, Advice & Tips for Covid-19
Read More
Do Aliens Believe in the Afterlife?