One of the most important tools in a paranormal investigator's war chest is an electronic voice phenomenon or EVP recorder. While not all ghost voice recorders operate the same way, EVP devices are all designed to pick up the voices and sounds that are considered paranormal or supernatural.

What Is an EVP Recorder?

An EVP recorder is any type of recording device people use in an attempt to capture ghost voices on tape. There are several basic types of recorders available for this use; some of them are specifically designed for paranormal investigation and others are created for general use. Investigators choose their equipment based on personal preference and device features. 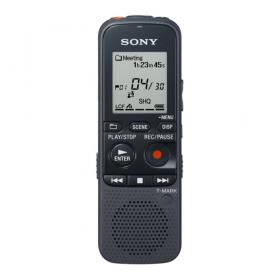 The main tool that a paranormal investigator uses while attempting to communicate with ghosts or spirits is an EVP recorder, also known as a digital voice recorder. There are many versions available. Some are simple and only record during the investigation, requiring an analysis once the investigation is over. There are others that allow investigators to listen to the recording live.

A standard resolution digital voice recorder allows you to record to a relatively small file size, which is desirable if your device has limited storage space. In general, the quality of the recording is fair, and the format used to record keeps file size manageable because the recorder uses sound compression by recording in WMA or MP3 file types. These devices also tend to have single channel recording and simple microphones. This means you'll give up crispness and clarity of sound for smaller, more manageable file sizes and a lower price point. For many people wishing to capture EVPs, these are a good starting point. You'll find them for under $100, and they're small and compact so they'll fit easily in a pocket. The Sony ICD PX333 Digital Voice Recorder is a good example of this type of recorder. 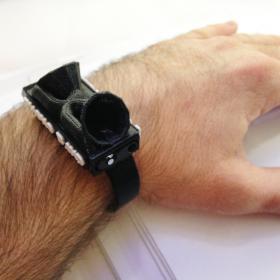 This audio recorder is a mini version of the standard resolution EVP recorder that attaches to the paranormal investigator's wrist. To use it, all the investigators have to do is hit record and begin their investigation.

In the past decade or so, high-resolution digital recorders (also sometimes called high-definition recorders) have had a big impact on how paranormal investigators record their audio. These devices record in uncompressed digital formats, such as WAV, and they have more sensitive microphones and multiple recording channels. This means the audio file size is much larger, but the sound is crisper and clearer, so it's far easier to recognize inadvertent noises such as a shuffling foot as exactly what it is versus how it sounds on a standard definition recorder. As a result, these recorders are more expensive, the recordings have a much larger file size, and they tend to be larger than their standard-definition counterparts. However, as the technology has progressed, these recorders are becoming smaller and more affordable. Costs for such recorders run from about $150 and upward. However, for serious paranormal investigators who want to get the highest quality audio evidence, these are well worth the investment. An example of this type of recorder is the TASCAM DR-40 4-channel recorder, which costs around $180.00. While you may feel you get fewer EVPs on these recorders, in fact what has happened is the sound quality keeps you from misidentifying false positives because you can hear those sound events for what they actually are instead of interpreting them as a potential EVP.

Manufacturers are now creating many digital voice recorders with a listen live feature. Some are made specifically for paranormal investigation, which allows you to go back quickly and review something you think you heard live so you can note in your log the possibility for an EVP while you're still on site. Paranormal investigators also like this tool because they feel it allows them more real-time communication with spirits instead of waiting to hear what they said in the days following the investigation when they go back and analyze the recordings they captured during investigation.

These recorders have all of the advantages and disadvantages of other standard resolution recorders with the added feature of live listening. For example, the Olympus EVP recorder from Ghost Stop has this feature, offering compressed sound in MP3 format with live listening via headphones or speaker.

As paranormal investigation continues to grow in popularity thanks to shows like Ghost Hunters and Ghost Adventures, more and more smartphone apps for ghost hunting are finding their way to the market. Some of these allow you to use your phone as an EVP recorder; however, it's important to understand the quality of your recordings will be limited by the quality of your phone's audio input and output capabilities. You will always get crisper recordings on devices specifically designed as recorders than you will on multi-use devices such as smartphones. Therefore, these types of devices are best for casual ghost hunters or for people who have limited budgets and want the convenience of multiple instruments in a single device.

This app is an EVP recorder for Android phones. It allows you to both record and analyze audio evidence directly on your phone, with playback and slower or faster speeds available. Download it in the Android store for just a few bucks.

This is a free, no-frills recording and editing app for your iPhone. It has a simple interface, it's easy to use, and it's well-reviewed. While it's not specifically designed for EVPs, you don't need bells and whistles to go out and get down to some good, old-fashioned recording.

ECHOVOX is an enhanced EVP recording app for iPhone or Android. ECHOVOX allows you to record audio, but it adds multiple reverb settings with the idea the reverb may give spirits more opportunity to manipulate sounds to communicate. The app costs around $20, but many investigators like using it so it may be worth playing with to see what happens.

How to Use EVP Recorders

All recorders work slightly differently, so please read the manufacturer's instructions carefully before you start investigating with them so you can use them smoothly and seamlessly on an investigation.

Often, other equipment is needed to further analyze the voices, such as filtering software that can eliminate and/or separate some of the background noise and bring the voice to the foreground.

When using an EVP recorder, investigators differentiate the type of phenomena they capture. There are three classes of EVPs: Class A, B and C. These are graduated levels of clarity with Class A being the highest. EVPs can range from voices that are easily understood to those that sound as though they are saying something, but specific words aren't discernable. Class A EVPs are the best audio evidence available, while it's best to toss out Class C EVPs because they may be ambient or background noise that has been misinterpreted. You'll notice you get fewer Class C EVPs if you use high-resolution recording equipment. 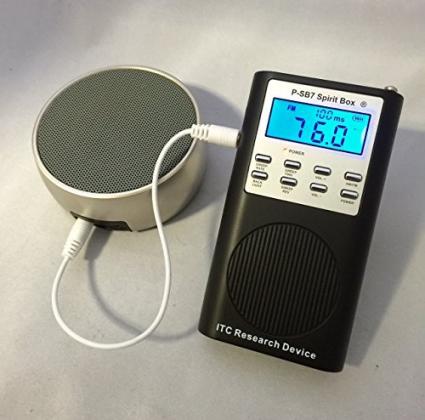 Many people mistake ghost voice generators, such as spirit box, ghost box, or Ovilus for an EVP recorder. It's important to know that these aren't the same thing at all. While some of this equipment is attached to a voice recorder (such as the Spirit Box P-SB7 with live listening), the purpose of this equipment is to generate spirit communication as opposed to record EVPs. If these have a recorder attached, then they can be considered an EVP recorder.

The most common theory that explains how a recording device can capture a disembodied voice states the ghost manipulates the energy of the device to create something that sounds like a voice. Parapsychologists believe this occurs because spirits use telekinesis (a form of psychic energy also called PK or psychokinesis) to imprint their voices onto a recording medium. Currently, there is no known way to prove this theory, or that what is being recorded is actually a ghost.

The sounds and voices recorded during EVP sessions are attributed to ghosts or spirits of the dead. So far, it's the only known plausible explanation for the phenomena. Recorders continue to be the best tools to capture these mysterious disembodied voices and sounds.

1
Comments
© 2006-2020 LoveToKnow, Corp., except where otherwise noted. All Rights Reserved.
Resources, Advice & Tips for Covid-19
Read More
EVP Recorder Types and How to Use Them