Good karma versus bad karma is often a spiritual discussion defined by various religious doctrines. Karma and reincarnation are part of the belief systems of Buddhism, Hinduism, Jainism, and Sikhism.

It's fair to say that good karma is the effect of cause, your action in either a deed, thought or word. Your intention drives the effect of your action to manifest as good. Good action is returned to you either in this life or the next.

A possible example of good karma is a woman who in a past life selflessly cared for the sick, often sacrificing by placing others above herself. In her current life, she is constantly surprised by the generosity of others and never wants for anything.

Bad karma is the opposite of good karma and acquired by bad deeds, thoughts and/or words. Bad intentions motivating bad actions create bad results. Like good karma, bad karma can be earned either in your current lifetime or the product of a previous life. 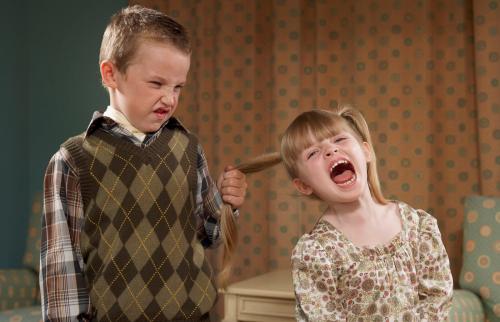 One example of bad karma is a man who mistreated his sibling in another life. This bad action reaped bad karma, and he was reincarnated in the same role as his sibling.

The law of karma demanded that he experience the effects of his actions in the previous lifetime against the sibling that he persecuted. If he meets his karma without anger, hatred and other negative emotions, he can overcome the bad karma and be free of it in the next lifetime.

Good and Bad Karma Work Together

The belief in doing good deeds and reaping good karmic rewards doesn't always mean the good deeds you do this lifetime will bring you good karma during this lifetime. It's more likely that good karma just as bad karma will accumulate and present itself in your next life. By the same token, a past life filled with good deeds could be reaped during your current life.

The idea that karma is black and white and very simply either good or bad is a common assumption. There are times when you might think you've created bad karma through the wrong action, but with the right intent. Intention of an action weighs it either as having good karma or bad karma.

There are times when you might have a good intention but must take a bad action. Does this mean your karmic result is bad? For example, you might decide to lie to your friend, in order to spare her feelings. The simple action of telling a lie goes against most karma doctrines. However, your intention in telling your friend the lie was good and motivated by compassion and love. Will your karma result be bad according to the doctrine of telling a lie creates bad karma? Or, will your good intention outweigh the bad karma of a lie?

You may have heard the term, instant karma used to identify when sometimes there is an immediate retaliation for a bad or reward for a good deed. Instant Karma is often visited on you when you're in need of an urgent lesson, or when you could use something good to encourage you.

Ideally, Buddhism doesn't describe karma as a good vs bad. Karma is defined as simply the product of actions made during this and past lives. Unlike Buddhism, Hinduism, Jainism and Sikhism that believe in good and bad karma.

Karma in Hinduism can be good or bad depending on the individual. Your karma can be the result of your actions in this life or from a past life. 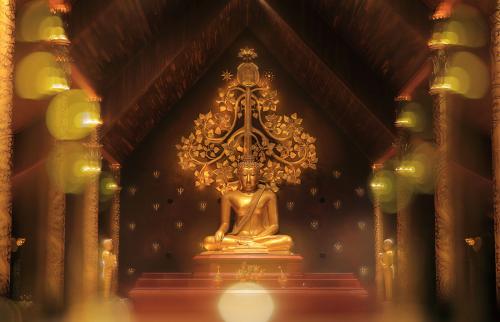 Just as good deeds can bestow you with good things in your life, bad deeds will return the negative energy back into your life. If you speak harshly or critically of another person, you can expect the same type of judgement to be made against you. If you focus on bad thoughts, harbor hatred toward another person, you will also find others thinking badly of you and hating you.

The Sikhism religion also believes in karma and reincarnation. However, the Sikhs' take is different since they believe it's the law of karma, and not your deeds that doles out good and bad karma.

Law of Karma and God's Grace

While Buddhists believe you can control your karma through actions and achieve liberation (break the reincarnation cycle), Sikhs believe it is only through the Grace of God that your cycle of reincarnation can be stopped. To be worthy of this grace, a Sikh is guided to live a life of good the way God expects his creations to live.

Jainism religion views karma not as intangibles guided by personal deeds. To a Jains, karma is a physical substance that is found throughout the universe.

Your soul is made of a similar energy to karma. As such, your soul attracts one of the eight types of karma that is either good or bad. For example, if you lie, steal, say bad or good things, help or harm someone, the correlating karma is attracted and absorbed into your soul.

Accumulation and Transformation of Karma

Views on good karma vs bad karma is typically dependent on religious belief systems. If you wish to capitalize on good karma, you can follow the doctrines of Buddhism, Hinduism and other religions that recognize the existence of karma.