When you're dealing with a paranormal entity, it doesn't take long to realize there are a number of different types of spirits and entities to consider. If you are experiencing paranormal events or a haunting, it's important to understand the types of spiritual entities with which you may be dealing.

What Is a Paranormal Entity?

The word "entity" is used to describe something that seems to have its own form of existence. Any distinct "thing" is an entity, whether it is living or nonliving. What makes something an entity is that it simply exists and is distinct from other "things" around it. Paranormal experts use the word "entity" because so little is known about these paranormal beings except for the fact that they exist and interact with our world in both predictable and unpredictable ways. 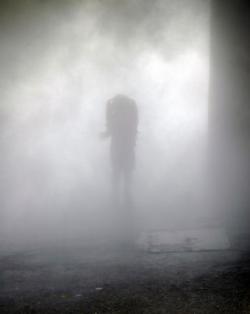 Due to the different experiences paranormal investigators have when dealing with hauntings and other activities, researchers classify entities into various types. It's important to understand the phenomenon itself appears manipulative and unpredictable at times, so most of these classifications are only educated guesses. It's easier to explain an unknown cause of an event if you can place it into a classification system. This lets you determine whether you're dealing with only one "thing" or several.

Also referred to as a "haunting" or a "residual haunting," this type of entity appears to be a recording of energy that replays itself over and over again. Hauntings usually exists in a location where a person or animal repeated the same task over and over during its life. Some investigators believe through repetition, a psychic imprint is left within that space and remains long after the person or animal has passed away. Investigators have reported seeing people in vintage period clothing walking through the lobbies and hallways of old inns or peering out the window of an old home. Most often, the history of the location includes a person who experienced very strong emotions over a long period. If the emotion was strong enough, even as a one-time event, an imprint may have been made. A few examples include:

Unlike hauntings, apparitions appear to interact intelligently with people in the living world. Spirits may knock, open and close doors or cupboards, move objects, answer questions on voice recorders, and sometimes even interact with electronic equipment like flashlights and EMF (Electro-Magnetic Field) meters. The existing, yet unproven, one hypothesis states spirits are made up of energies of varying power levels, and they take energy out of the area around them in order to manifest those interactions. A room may become colder; electronic devices may fail, or the batteries may be drained. Some examples of what may cause this type of paranormal entity include:

Most often, spirits that remain with one foot still in the material world can't seem to pass over into the spirit world completely. Something that occurred in their lives keeps them anchored to this reality.

Poltergeists are also referred to as "noisy ghosts," and many people think they are a specific type of entity. However, in actuality, poltergeist activity is the manifestation of certain types of activity that can be attributed to either apparitions or living agents (people) in which objects appear to move on their own. This occurs through the use of telekinesis (also called psychokinesis or PK), which is essentially bursts of psychic energy that cause objects to move, doors to open, knocking sounds, and more. 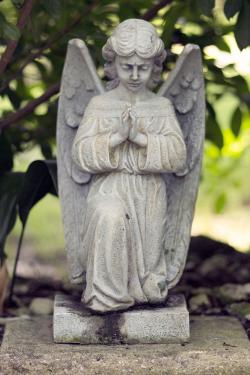 There is crossover between religion and the paranormal; especially in the case of certain entities that, if they exist, are paranormal in nature although they also fit within religious theologies. The entities below come from Christianity and other religions, although many people also believe they fall within the category of paranormal entities.

Angels are popular in many religions. In Christianity, angels are believed to be beings God created to help serve His greatest good. People outside of Christianity may take a looser view of angels, considering them spirit guides or guardian angels.

Demons are believed to be entities of pure darkness and evil commanded by Satan himself. Some also believe these are fallen angels. Evidence from possessed individuals and extremely violent poltergeist cases suggest a form of violent and hateful entity certainly exists in parallel to material reality. These cases involve anything from objects flying across the room to shoves and pushes from invisible forces. People have even reported being pinned down, punched, and scratched by unseen assailants. As terrifying as such cases can be, they are also the rarest.

Other paranormal types of entities come from a variety of cultural backgrounds and belief systems.

This category includes spiritual entities that are a natural part of the planet. These may include:

Tuplas are thought projections that take form on the physical world. These come from powerful and persistent thoughts by a single individual or a group of individuals that create the physical form of what it is they imagine.

Folklore and urban legends discuss a number of other types of paranormal entities as well. While many of these are most likely the stuff of legends, some people believe they are real. They may include:

For now, much of what is known about any type of paranormal entity is still just a hypothesis, but paranormal investigators may one day gather enough evidence to prove beyond a shadow of a doubt what these phenomena truly are.