What are the signs of alien abduction? While some people report wildly different alien abduction experiences, others share a picture with many commonalities. Since the 1960s, there have been a number or reports of people having experiences that match alien abduction symptoms with some surprisingly common threads.

Modern alien abduction experience reports have been around since 1961, when Barney and Betty Hill claimed they were abducted from their car while driving through the White Mountains of New Hampshire. Since then, stories have emerged all around the world of people who believe they've been pulled from their regular lives and beamed aboard UFO spacecraft. Some of these are credible and some less so. Some are well-known while others have been kept quiet. So how would you know if you'd been abducted by aliens, and what are the alien abduction symptoms?

Loss of Time and Memory

In the Betty and Barney Hill case, their first clue something was wrong was when they finally got home, neither could remember approximately two hours of time on their drive. The drive took much longer than expected, and neither knew why. When they tried to recall it, they couldn't until they underwent regression hypnosis. As with the Hills, many alleged alien abductees first realize something is wrong when they realize they can't recall a period of a few hours or up to a few days; that time is simply gone.

A subset of possible alien abductees believe they were abducted from their beds while they slept. While reports differ from person to person, one experience common among many claimed abductees is feeling unable to move just before they are beamed aboard a spaceship. Some report noticing a figure standing at the foot of their bed or a bright light shining in through the window while they are unable to move. The experience often feels terrifying, and the subject is filled with a sense of dread. 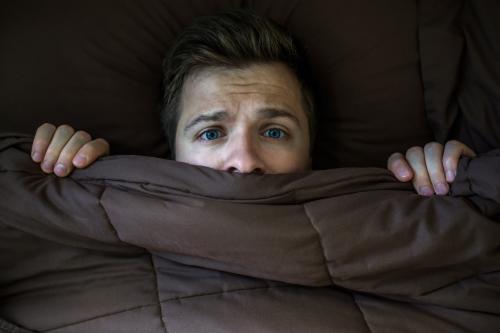 For some, their first sign they were possibly abducted by aliens are dreams of an abduction. These dreams may have a hyper-real quality to them, causing the dreamer to believe they are experiencing a repressed memory. In some cases, these dreams are recurring nightmares, causing terror that extends into the waking state.

Some believe other sleep disturbances, such as sleepwalking and insomnia may also signal you are being abducted by aliens while you sleep. There are also perfectly logical explanations for these issues, as well, including medications, drugs or alcohol, and stress, so it's important to seek evaluation from a physician if you experience chronic sleep disturbances.

Some people who believe they've been abducted by aliens also report physical changes and symptoms including the following:

Some who suspect they have been abducted by aliens believe this because they have symptoms of receiving an alien implant. Many believe finding an unexplained possible implant under the skin, such as a piece of metal or silicon, is a common sign of alien abduction.

Of course, experiencers reports are all anecdotal. There's no way to know for sure that these subjective experiences occurred or whether the claimants misconstrued natural phenomena as a paranormal experience. There are other logical explanations alien abduction signs as well.

Time loss doesn't necessarily mean you've been abducted by aliens. There are many other potential causes for time and memory loss incidents including drug and alcohol use, dissociative fugue states, and dementia to name a few. If you experience loss of time or memory, before you default to the alien abduction theory, it's essential you seek evaluation from your primary medical care provider.

Sleep paralysis is a common sleep phenomenon, and it's been misinterpreted over the years as alien abduction or something called "Old Hag Syndrome" in which people believe a scary phantasm (often interpreted as a ghost) is sitting on their chest or standing at their feet and keeping them from moving. In fact, everyone experiences sleep paralysis when they sleep; most just don't awaken while they are still in this state. Sleep paralysis occurs to keep you from acting out your dreams, and it's temporary. Some people wake before the effects have completely worn off, which can lead to disturbing experiences since your mind is usually still in the twilight state between waking and sleeping when you notice the paralysis. People with conditions such as narcolepsy may be prone to more frequent and disturbing episodes of sleep paralysis, so if you experience this more than once or twice, go see your doctor.

While suppressed memories can arise in dreams, the content of your dreams can also be highly symbolic. According to the website DreamMoods, dreams of alien abduction represent a fear of change or stress about losing something familiar, such as home or family.

Physical symptoms associated with alien abduction have possible logical medical/physical explanations. Therefore, it's always in your best interests to have a full physical evaluation before you consider paranormal causes. In the case of implants, if you haven't ever had anything implanted such as birth control implants, RFID chips, or similar, you could still have things such as cysts or bone chips that look like implants, so medical evaluation is indicated.

According to Psychology Today, Harvard University has identified several psychological characteristics of people who believe they are alien abductees, including New Age beliefs, regular sleep paralysis with hallucinations, tendency for false memory recall, high levels of absorption, and familiarity with the alien abduction narrative. However, as the publication points out, it's hard to know whether these traits arise because someone was abducted by aliens, or whether they pre-existed the "abduction" and therefore contributed to a false belief an abduction had occurred. 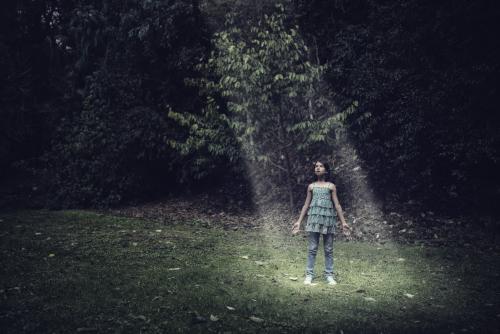 Do You Have Signs of Alien Abduction?

Currently, no proof exists that alien abduction is a real phenomenon, but there's no proof it isn't occurring, either. People who believe they have been abducted by aliens report eerily similar experiences, signs, and symptoms. Many have credible sounding stories of their own alien abduction experiences, and others recall detailed events while under hypnosis. Until there is definitive proof, all anyone can do is continue to collect accounts of experiences in search of the truth.