Rainbow children have specific traits that set them apart from other children. You are as close to a pure soul as possible when you encounter a rainbow child or give birth to one. If you think you have a rainbow child in your family, you can compare typical traits recognized in these very special spiritual beings.

The traits of this special star child are prominent characteristics. It's said this is the rainbow child's very first human incarnation. If true, it certainly explains the positive, happy and enthusiastic energy these precious children display.

Many people believe the majority of rainbow children were born in 2000. There is speculation that a few latecomers arrived within a two to three-year span after 2000.

Last of the Star Children

Rainbow children are supposedly the last of the star children. These souls signed up for the mission of guiding humanity by assisting in the effort to raise the human vibration or frequency.

Indigo and crystal children are said to be the first lightworkers to usher in the new age of enlightenment. Their very presence on Earth assisted in raising the human frequency.

The rainbow child is the final manifestation of souls traveling to this planet to help with humankind's ascension into the next dimension. That is a tall order, and it appears rainbow children are up to the challenge with their forever positive attitudes. 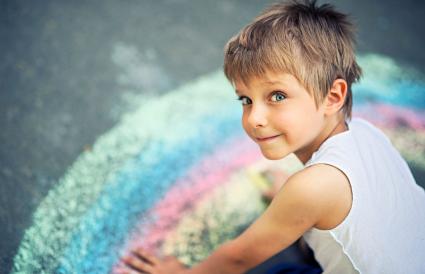 Trait 3: No Karma, No Baggage

The rainbow child has no Earthly karma. They aren't encumbered with lifetimes of habits, patterns, expectations, and karmic debts. They have a clean slate. Their mission as lightworkers is to spread joy, peace and happiness. And, they certainly bring all this and more to the families they choose to join.

In order to facilitate their mission of love, peace and the way of ascension, rainbow children are believed to be very selective of the family they choose for their own. They require a happy home with stable parents and loyal siblings so they can achieve their goals.

The rainbow child's mission is their number one priority in life. It's often said that Indigo parents paved the way for the crystal children who in turn created the ideal environment to receive their rainbow children.

The energy patterns established by the two preceding generations of indigo and crystal parents are inherited by the rainbow children. They in turn establish their energy imprint on the foundation of positive energy lovingly turned over to them.

It's said that rainbow children have extraordinary empathic powers, psychic abilities and early signs of telepathic tendencies. A rainbow child is believed to possess the innate ability to manifest their deepest desires and uncannily acquire the things they need in life.

A rainbow child sees the world through the idealistic prisms of a soul sojourning their first incarnation. They enthusiastically embrace life's experiences exhibiting a thirst for knowledge. Their openness and all accepting nature inspire and encourage others to embrace new things and ideas. 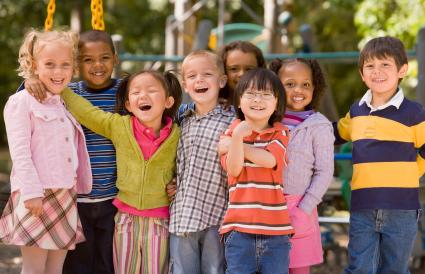 Forgive and Move On

A rainbow child quickly bounces back from emotional hurts. They are quick to forgive, forget and move forward. They don't nurse old hurts, hang on to grudges or seek revenge. They're emotional strengths prevent them from succumbing to pettiness.

Since rainbow children are so open, loving and forgiving, they are often underestimated when it comes to their abilities. Some people underestimate a rainbow child's determination, willpower and staunch stance on what is good and just. This child is no pushover! A rainbow child can be stubborn, especially when she/he wants something. There are no compromises when this child sets out to achieving a goal.

No Compromise on Goals

A popular Reddit video is a good example of this type of stubbornness and unwillingness to compromise on what the child deems is appropriate or necessary. In the video, a little boy refuses to throw out the first baseball of the game until he is allowed to do so from the pitcher's mound.

Resolve of a Rainbow Child

Whether or not the boy is a rainbow child, he clearly demonstrates a rainbow child's resolve of not compromising on his goal and getting what he wants. He doesn't throw a temper tantrum, just stands his ground, pointing to the mound before the adult relents and allows him to throw the baseball from the pitcher's mound.

It shouldn't be surprising that a child tagged with the descriptor rainbow child resonates to lively colors. In fact, every color of the rainbow will appeal to this creative child.

Is Your Child a Rainbow Child?

You can often recognize rainbow children by their unmistakable endearing traits of behavior. If you're lucky enough to have a rainbow child in your family, be sure to nurture their creativity while encouraging and supporting their high ideals!