Grey aliens are what many people believe to be the servants of other aliens involved in human abductions and illicit human experimentations. There are countless reports of encounters with these non-human creatures. Where they are from and what they are is often debated among ufologists and skeptics.

World famous science fiction author, HG Wells is credited with the first introduction of the grey aliens. In1893, Wells wrote how the humans transformed into short, childlike grey beings with bulbous heads and large almond-shaped eyes through the evolution process. Wells wrote about this grey alien in other stories, such as The War of Worlds (1898) where he described Greys as a snack food for the invading Martians.

Those who disbelieve the real-life claims of encounters with the Greys point to the first science fiction stories that described the frightening aliens in various scenarios. These skeptics believe the greys are something of an urban legend deeply rooted in a cultural subconscious thanks to fiction. They also consider abduction stories tall tales from the Roswell UFO crash and the Hills' abduction claims.

Roswell and the Greys

In 1947, a UFO crash in Roswell, New Mexico stirred a controversy that still exists today. Eyewitnesses claimed that small, childlike, grey creatures were pulled from the smoldering wreck of downed flying saucer. The bodies were then taken to Wright-Patterson Air Force Base in Dayton, Ohio. Tales of one Grey alien survivor spread and how the wreckage along with the bodies were stored in Hangar-18.

Books and movies emerged from the incident, blurring what is real and what is fiction. Many researchers believe the first story given by Major Jesse Marcel was the real story and that General Ramey swooped with his cover-up story of a weather observation balloon for damage control. Decades later, Major Marcel spoke out and his son conducted lectures about his father and the Roswell Crash.

Also known as Roswell Greys or Zeta Reticulans, in the ufology circles, these small three to four-foot-tall, child size creatures have grey-colored skin and enlarged bulbous heads with extremely large wrapping almond-shaped black eyes. Abductees claim the Greys have telepathic abilities and some form of technology that paralyzes the victim. Some witnesses claim the beings can pass through walls.

It's highly debatable who the greys are but popular opinion is they are from the planet and serve as slaves to a different type of alien. As servants or slaves to this dominating race, the Greys execute various jobs, one being that of abducting humans for unknown reasons, one being physical experimentation. Many believe the greys are organic robots.

The Greys' home world is said to have been identified by the first publicized human abductee case of Betty and Barney Hill. Through regression sessions, the Hills unlocked memories of their abduction and their encounter/interaction with the Greys. The Hills underwent forced examinations and afterwards, Betty claimed she was shown a Star Map of the aliens' home world.

It was revealed that the Greys' Star Map featured solid lines they identified as trade routes and regular travel routes. Series of broken lines represented their various expeditions. Through regression therapy, Betty recalled and drew the Star Map. 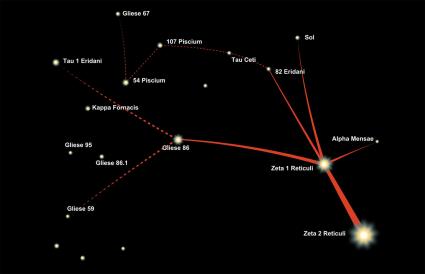 After learning of the Star Map, artist and teacher Marjorie Fish became obsessed with finding the constellation Betty had drawn. Eventually, Fish identified the constellation as Reticulum and the Greys' home world with two suns as a planet orbiting the second sun, Zeta 2 Reticuli. On September 20, 1996, a possible planet orbiting the star Zeta 2 Reticuli was discovered.

The ending of the 1977 movie, Close Encounters of the Third Kind depicts Greys as part of a human and alien exchange program. According to Gaia, Project Serpo was the real alien/American exchange program. Twelve aliens arrived on Earth and 12 humans (American citizens) traveled to the Greys' home world Serpo some 39 light years away for a 10-year exchange program. Gaia states the trip to Serpo took 10 minutes. 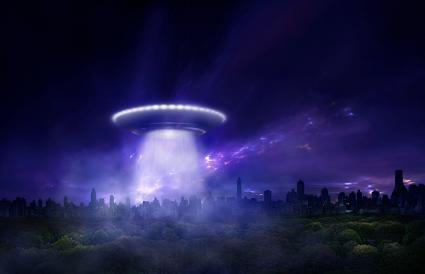 The fate of the 12 Americans was mixed. One American died from an accident, two others died from radiation due to the planet's two suns. Two Americans chose to stay on Serpo and the remaining seven returned home 13 years later, three years past the scheduled return. The solar cycle differences for Serpo's 40-hour days was blamed for the calendar miscalculations of the return trip. Gaia reports the last surviving American of Project Serpo died in 2002.

The alien abduction phenomenon has been researched and documented with individual testimonies. Professionals have devoted their lives to understanding what is happening to so many people.

Dr Mack (Professor John Edward Mack MD) (October 4, 1929 - September 27, 2004) was Harvard Medical School's head of psychiatry. He was a clinical expert in child psychology, adolescent psychology, psychology of religion and the leading researcher of teenage suicide and drug addiction. He also was a pioneer and researcher of alien abductees. Dr Mack worked with abductees or experiencers.

In an interview with PBS, Dr Mack discussed that some abductees recall being used to create a hybrid species to advance the human race. Others recalled having a dual identity where they are both human in this dimension but also are alien in another dimension. They also believe they're active and willing participants in the hybrid program.

Unraveling What Grey Aliens Are

The history and encounters with those described as Greys or Grey aliens is long and extensive. Many people believe that only when disclosure is allowed that the whole truth behind the phenomenon will finally be revealed.