Understanding what ectoplasm is and when it appears is to explore the supernatural and the fraudulent mediums who duped many followers of the spiritualist movement. Some scientists attempted to identify what was claimed to be ectoplasm, but the few who did lost standing within the scientific field.

What Is Ectoplasm and When Does It Appear?

Those dedicated to examining what was called ectoplasm were told it was the manifestation of a supernatural substance that would materialize during seances. Unlike the slimy green goo depicted in the popular movie Ghostbusters, the Victorian era ectoplasm was attracted to the medium conducting the séance. The mediums would sit in a spirit cabinet usually with the curtains drawn only to be pulled open to reveal the spirit. Some mediums allowed the curtains to remain open during their psychic trances.

It was widely believed within the Spiritualism movement that ectoplasm was of supernatural origin. It was seen to pour out of the mediums when they were in a trance. The consensus maintained that ectoplasm was somehow controlled by the medium's subconscious or that of spirits. In some instances, the ectoplasm transformed and materialized into a human shape.

The word ectoplasm was coined by Nobel Prize winner psychical researcher, Charles Richet to describe what he'd witnessed during a séance. The substance began as a vapor that slowly materialized as a wet, gooey substance that took the form of a gauzy type of material.

While many charlatans capitalized on the emergence of ectoplasm and the Spiritualism movement, there were cases examined by some of the leading scientific minds of the late nineteenth century and early twentieth centuries. Dr. Charles Richet was one of those interested. A member of the Spiritualism movement, he delved into the phenomenon by attending seances conducted by mediums reputed to be visited by ectoplasm.

The ectoplasm phenomena witnessed during the nineteen and early twentieth century was described as vaporous streams or cloudlike vapors that often left a watery trail along the floor or ground. Others described it as a white substance that was usually sticky and literally oozed out of the mouths, noses and ears of mediums. Sometimes, the ectoplasm was gray or black. 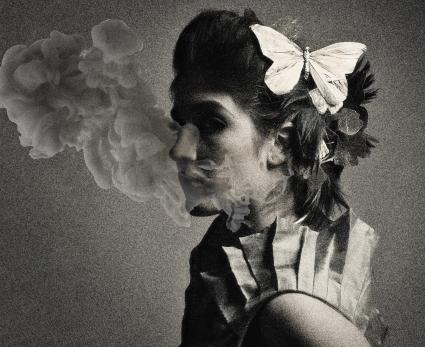 Richet described several times he witnessed the emergence of ectoplasm from mediums. In one instance, he described the materialization of Katie King emerging out of the body of medium Florence Cook. He wrote the spirit first appeared as a "cloudy, faintly luminous thread."

In Hilary Grimes' Book, The Late Victorian Gothic: Mental Science, the Uncanny, and Scenes of Writing, this event is described with a quote from Richet about the movements of the ectoplasm. He states, "It creeps, rises from the ground, and puts forth tentacles like an amoeba. It is not always connected with the body of the medium but usually emanates from her and is connected with her."

Before and after his Sherlock Holmes series became popular, Arthur Conan Doyle was obsessed with capturing spirits with his camera. He was especially captivated by stories of ectoplasm. 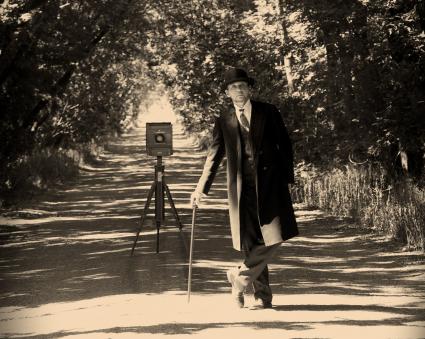 In his book, The History of Spiritualism, Arthur Dole dedicates Chapter 18 to Ectoplasm. He writes about a rather obscure 19-year-old medium referred to as Eva C and EA Brackett, author of Materialized Apparitions, who shared the key to successful spirit encounters.

EA Brackett first viewed the ectoplasm generated beings as dull and having no real presence. It was suggested to him by a spirit to welcome the spirits as old friends. Brackett reported that as soon as he did this, the spirits became animated, chatty and lively. In fact, one embraced him, stating she was his deceased niece and rested her head on his shoulder.

In another account, Doyle tells how Charles Richet witnessed Madame d'Esperance manifest ectoplasm that first pooled on the floor then rose into the shape of a man who identified himself as Bien Boa. The spirit walked with a limp and on two occasions sunk down and disappeared into the ground [floor] with a "Clac! Clac!" sound. Richet compared it to the sound of a body falling onto the ground. 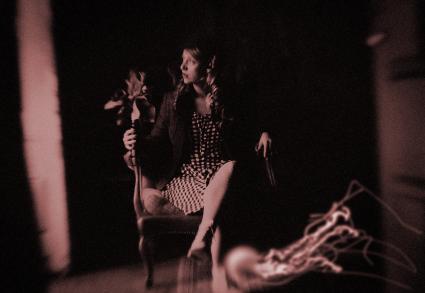 The medium still in the spirit cabinet was observed the entire time that the spirit emerged. A second time, the spirit rose from a small white ball on the floor and the same clacking sounds accompanied it when once more it sunk again and disappeared. Richet reported the spirit's limbs struck a nearby attendee as it sunk into the floor.

Richet checked for a trap door and even tracked down the architect and obtained a certificate stating there were no trap doors in the house. Still, Richet was ridiculed for his exploration and reporting of ectoplasm.

Perhaps the most compelling aspect of these ectoplasm materializations observed by Richet and others was the dematerialization of the medium's arm. Richet described it having a flat appearance. He and others surmised it was part of the process that allowed the manifestation of the spirit.

Madame d'Esperance and Her Guide, Walter

During the Victorian era and the height of Spiritualism, the ethereal nature of ectoplasm gave charlatans a new tool to use in defrauding people. Those desperate to connect with their deceased loved ones were easy prey for the use of the spirit cabinet and various tricks and techniques used to deceive.

You can find a large collection of old ectoplasm photos online. Many appear to be fake photos of gauzy material and in one instance a woman appears to be coughing up a long white glove.

This video is a montage of T G Hamilton's ectoplasm photos.

This video is a compilation of photos of supposed ectoplasm and the mediums.

Many of the photos from the Victorian era that reveal ectoplasm appear to be hoaxes and poorly faked double exposures. Is it possible that a Nobel Prize-winning scientist and a famous detective series author could be so easily fooled? If ectoplasm was a real phenomenon, why did it stop with that generation of mediums and no longer appears in a cellphone camera armed society? Keep those questions in mind as you consider this phenomenon.

4
Comments
© 2006-2020 LoveToKnow, Corp., except where otherwise noted. All Rights Reserved.
What Ectoplasm Is and When It Appears