Spiritual energy is described by different names in different cultures. This energy is considered a universal life force or spiritual source energy that exists in all living matter.

What Is Spiritual Energy

What is spiritual energy? It is the manifestation of divine, pure love. Depending on an individual's religion, that love comes from a deity, deities, or an energy that defies description and explanation. It's considered the life force that binds the soul to the body. In this concept, the soul is itself everlasting. There are many religions that define spiritual energy and teach how to receive it.

There are more than four types of spiritual energy, but these four are the most commonly understood; all refer to life force energy using different words.

Simply defined, prana means "breath" in the ancient Hindu language of Sanskrit, but is "more correctly understood as a life-sustaining force." Ancient Hindu writings identify prana as an energy that thrives in all things, even something as intangible as human thoughts. This life-sustaining force survives the death of the human body and can return through reincarnation.

Chi energy (also spelled Qi, and both are pronounced as "chee") is the life force of the world and contains female (yin) and male (yang) energies. The goal of working with chi energy is to achieve perfect balance between the two opposites of yin and yang. This is achieved by opening the chakras so the chi energy can flow through the body into all energy vortexes.

Christianity, Judaism, and other religions of the world define spiritual energy as coming from the divine love of God. This love is pure and cannot be corrupted. It is eternal and constant. The methods for connecting with divine love varies from one religion to the next.

Mother Earth Spirituality is the great common point of the Native American nations that once populated America. Each Nation had its own specific belief system that generated from this spirituality and viewed Earth as the mother and the sky as the father. Total respect for all things of the Earth is the breath of this spirituality. 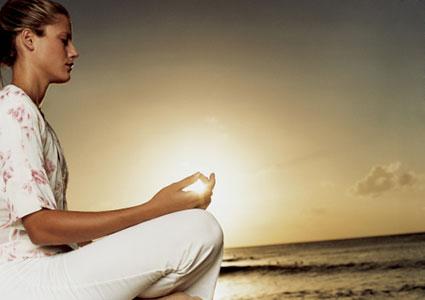 The Kundalini energy (prana) rests at the base of the spine (root chakra) and must travel through all seven chakras and three knots before enlightenment (nirvana) can be obtained. Some yogis believe activating prana is a prerequisite to activating the Kundalini while others feel Kundalini and prana are the same thing.

There are several meditation techniques that allow you to tap into spiritual energy, and many believe meditation can create transformation and even lead to enlightenment.

Most religions and cultures have a ceremony or practice that can deliver healing through the receiving of spiritual energy. 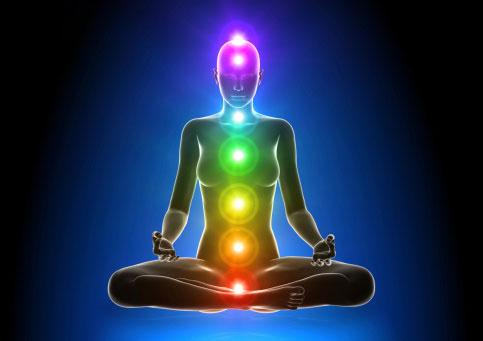 This centuries-old medical practice opens up blocked chakras or quietens over-active energy channels and chakras within the body's electrical/energy system.

This whole-systems practice can realign the body through various repetitive physical movements. Using Qigong can open chakras to allow healing chi to enter and heal the body. Taoism (Daoism) and Buddhism are the parents of Qigong.

This ancient practice realigns the body through held physical positions (asanas). The poses force the mind, body and soul to work together with the result of beneficial chi energy flowing freely through the chakras.

Ayurvedic medicine uses the chakras to bring the body, mind, and spirit back into balance so the prana can flow throughout the body.

The oldest known Chinese healing art is Tuei-Na. Tuei means "pushing away abnormality," while Na means "taking out abnormality." The two work together to create "manual or implemental manipulation of meridian points to encourage, adjust and balance" the body.

Laying on of Hands

This Biblical practice, especially that of Jesus Christ, is a form of healing that transfers the spiritual healing energy of God through the conduit (person laying hands on the sick) to the sick individual. Many also anoint the sick with oil as depicted in the Bible.

A Japanese technique, Reiki is taken from Rei that means "God's Wisdom or the Higher Power" and Ki that translates to "life force energy." A Reiki Master uses a laying-on-of-hands technique to heal an ailing person. Reiki can also be used for long-distance healing since the Reiki Master is able to direct the energy and manipulate it.

The Native American Purification Ceremony is called oenikika (breath of life). The ceremony is different from one tribe to the next. According to medicine man William J. Walk Sacred, the medicine man leads the ceremony as a physical representation of the spirits. He "works within the invisible realm, in order for you to become aware of the healing process within yourself."

The sweat lodge is typically at the center of such ceremonies along with sacred rituals of preparation and tools for accomplishing the renewal. When requesting a Purification Ceremony, the person will offer tobacco (symbol of person's spirit) to the medicine man. At the time of presenting the tobacco to the shaman, the person also states the specific healing required, such as an illness, unsettling personal issue, or "something in the non-physical world."

A spiritual healing that doesn't involve rituals, ceremonies, or transference of energy through another person is described as a healing of faith. It is through the individual's own faith in the divine that spiritual energy is conveyed directly to the person for a physical, mental, or emotional form of healing. Many Christians believe in this type of spiritual energy that heals based on the person's faith and earnest prayer.

Can Anyone Tap Into Spiritual Energy?

Anyone is capable of tapping into spiritual energy and receiving the various benefits of pure love. An open heart and a willingness to receive without attempting to control are both necessary. Some people are adept at doing this while others will find themselves challenged. Perseverence and patience will assist in achieving the goal of receiving spiritual energy. Try some of the methods listed above, including meditation and yoga, to begin exploring this source of energy.

A Tether to the Divine