As the first human aura band, the etheric body (band) gives a clear snapshot of what energy rules your body and guides your life. The yellow aura is connected to the third chakra, solar plexus. When your etheric band is yellow, it reflects your connection to the solar plexus and how you're guided through life by your intellect and a true sense of being.

You are very creative and must have something going on all the time to engage your creative streak. As a yellow aura person, you approach life from a place of creativity. If this expressive energy isn't properly channeled, you will grow restless and suffer from depression or a sudden illness. Once your situation is remedied, your health quickly recovers. This need for freedom is prevalent in everything you undertake in life. For instance, you won't stay in a job or relationship that stifles your creativity or freedom of expression.

You won't tolerate anything that confines you, whether it is creatively, physically or mentally. The saying, "Doesn't suffer fools," correctly describes how you interact with others when they don't exhibit the same mental prowess. While you're graced with good social skills, you won't tolerate someone who tries to guide or instruct you when they're wrong. This trait often gets you in trouble and sometimes called arrogant or worse, a snob. In your mind, it's pretty cut and dry, the person was wrong, and you were simply pointing out their error while explaining why they were incorrect. You would want to be told if you were wrong even if you rarely are.

One of the most persistent traits of your yellow aura personality is a positive attitude. In the face of some of the most profound adversities, you continue forward until you've met the challenge. This unrelenting attitude carries you through life and attracts positive things to you. Peers and employers are always impressed by your never-give-up attitude.

The phrase "carpe diem" (seize the day) could have been coined just for you. Dedicated to living your life to the very fullest possible, you're a free spirit. You appreciate going with the flow in most situations with a laid-back attitude until something challenges your freedom or stands between you and your goal. When this happens, you can become bitter and resentful until whatever is stopping you is no longer a threat. This form of impatience and lack of tolerance is a life lesson that should be learned quickly so you can move past it. 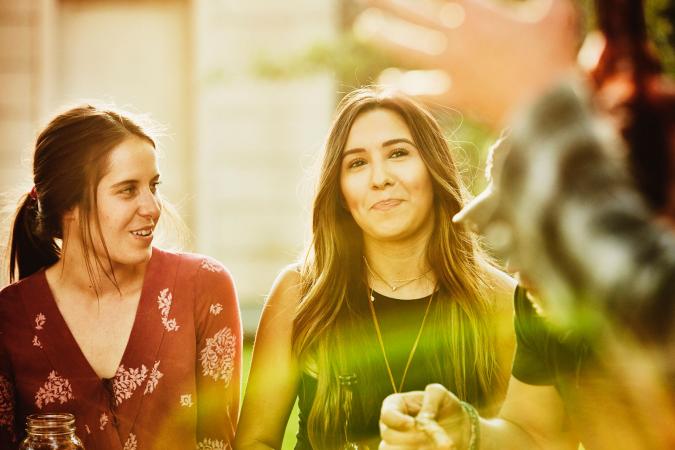 You enjoy a very social life, but you also like time alone for a truly balanced lifestyle. You tend to gravitate to those on the same intellectual level and who have the same interests. This provides you with a great deal of interaction and depth that allows you to develop strong friendships and bonds than most people don't.

As long as there is an equal exchange of ideas and energy your friendships or love affairs will be long-lasting. However, should the other person lean too heavily or emotionally on you for unreasonable support, they'll quickly find themselves alone. Your perception of hidden motives meant you'll never tolerate being used or allow yourself to become the victim of someone else's agenda, much less let anyone take advantage of your good nature.

The Allurement of the Unknown

The unknown captures your imagination and intellect You thrive on new ideas and discoveries. Somewhere among all this is an important trait - the logical mind. This brings a refreshing dimension to your creativity and originality.

All of these personality traits support a career choice as a researcher, artist, explorer or scientist. While you want to have the backing and support of a company or institution, you don't work well under micro-managing conditions. You're a free spirit and need space and freedom to explore outside the confines of conventionality. It's a rare job that can support this kind of criteria, but with your positive attitude, you'll end up finding that perfect career. You may decide it's best to work for yourself, set your own work schedule and work parameters if any.

On the Job Tendencies

You have a refined business acumen that makes for a sharp executive. You can tend to have perfectionist tendencies that seemingly contradict your laid-back persona. This trait is mostly seen in work-related activities and overall career goals since yellow aura personalities hold themselves to impossibly high standards, especially when it comes to their work ethic.

You can have a very narrow determined focus when it comes to a project. If your imagination is engaged and captured by a concept, you can easily forget to eat or even sleep until you've reached the goal or at the least a reasonable stopping point.

You are spiritual by nature and appreciate other belief systems. If someone holds a different ideology, you not only respect their beliefs but are curious and will ask them to explain it to you. When you come across a new thought or idea you want to explore it thoroughly. Once you have a full understanding, the attraction or appeal typically disappears, and it's on to the next challenge or new idea.

Auras colors demonstrate which chakra is the guiding force in your life. When you dissect the different personality traits found in people with yellow auras, it's easier to understand the impact of aura colors may have on your life.