America's Psychic Challenge was a television reality show that appeared on the Lifetime Network in 2007. It was billed as a psychic game show, and it ran for one season and featured various competitions to determine who was America's #1 psychic.

The show had eight episodes beginning in October of 2007.

The first four episodes featured four psychics each. The psychics engaged in various psychic competitions, such as remote viewing, finding someone who was lost, a personal reading and other challenges. Based on a points system awarded throughout the challenges, each episode had a "winner" who advanced to the quarter-finals along with their second place runner-up.

Episodes five and six were quarter-finals episodes where the eight remaining psychics went head-to-head with competitions similar to the initial rounds. The top two from each episode moved forward to the semi-finals.

Episode seven featured the semi-finals, where the top four competed in similar competitions as the previous episodes. The top two from this episode moved forwarded to compete head-to-head in the finals.

There were several challenges each episode. Although the exact challenge varied from episode to episode, they all had the same goals.

Psychics were taken blindfolded to a location where something had happened (for example, one was the hotel room where Janis Joplin overdosed), and they had to provide information they picked up from that location. Points were awarded based on the accuracy of the information. 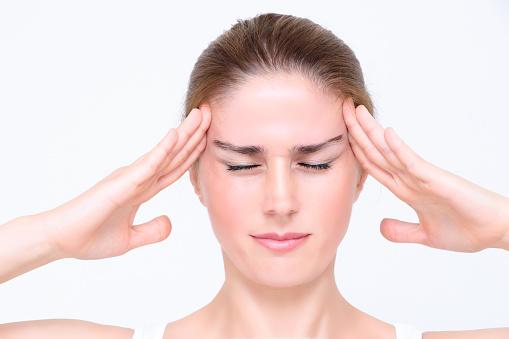 In this challenge, each person had to determine where someone was hidden. For example, a man was hidden in a room in an empty hospital in one episode, and the psychics were timed as to how quickly they were able to find that man. Points were awarded based on time.

Psychics sat with a client behind a wall and performed a psychic reading. Points were awarded based on accuracy. For example, in one episode, psychic Lisa Williams sat behind a wall and readers tried to discover information about her without seeing her or having her speak.

In the remote viewing challenge, the psychics were asked to determine who was in a room behind four closed doors. They were awarded points based on how accurate the reading was, such as whether there was a person there, whether they were sitting or standing, whether they were male or female, or what they were doing.

Psychics and Personalities on the Show

Actor John Burke hosted all episodes of the challenge.

The four psychics competing in the second episode included:

This was the fourth and final qualifying round, and it featured four new contestants, including:

The Winner of America's Psychic Challenge

The final episode came down to a head-to-head competition between Michelle Whitedove and Jackie Barrett. In the end, Whitedove edged Barrett out, winning $100,000. Since that time, Whitedove has written books and competed in other psychic challenges, including an international challenge based on America's Psychic Challenge.

The show only lasted one season. While it has had little lasting impact in the United States, other countries have hosted versions of the game show.

Where to Watch America's Psychic Challenge

If you want to watch the show legally, it may be a bit of a challenge. Even Lifetime no longer has episodes available, and there are no DVDs. However, you can find portions of episodes available on YouTube or on some of the websites of the psychics who participated, although they aren't official, sanctioned videos so exercise caution.