If you want to learn about how to communicate with spirits, you'll find the greatest success through working with psychic mediums. However, spirits may also communicate in various other ways with those who are willing to pay attention and have an open mind. Talking to the dead can be very subtle and nuanced.

Psychic mediums receive their information from spirits in different ways depending on what their psychic abilities are and how the spirit is best able to communicate. Spirits can communicate with mediums through the five senses, the mind, and the emotions. The psychic medium may experience sensory information internally-that is, in their mind's eye-or they may actually experience it physically, such as seeing something with their eyes. Information received may be symbolic or literal. The medium should share the information exactly as presented and allow the living person to reach their own conclusions about its significance and meaning. 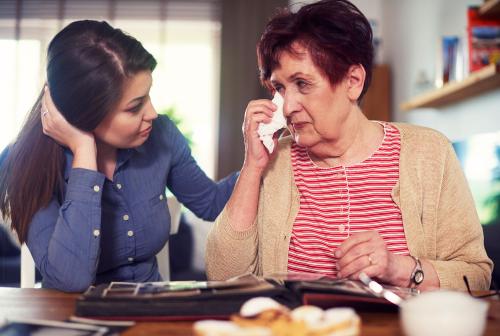 Also known as clairvoyance, psychic seeing involves communication via a medium who is able to receive images or visual snippets from spirits that appear almost like a video. For example, someone who is clairvoyant may see white roses which could symbolize true love, or it may actually mean white roses are somehow significant for the spirit and the person receiving the communication.

Clairaudience, psychic hearing, occurs when a psychic medium can hear a spirit trying to communicate. The spirit may communicate with sounds, words, music, names, or phrases. An example might be hearing the sound of crying or small strains from a certain song, or the medium may hear a name or a specific phrase.

Clairsentience, or psychic sensing, occurs when the spirit communicates with the psychic medium through physical sensation. This may include feelings, such as goosebumps or hair standing up on the arms, or the medium may feel sensations, such as discomfort, in different parts of the body. For example, a spirit may communicate he or she died of a heart issue by causing discomfort in the medium's chest.

Clairgustance, or psychic tasting, occurs when a spirit communicates with a psychic through the sense of taste. For example, some mediums report tasting blood or having a metallic taste in their mouth during a reading. For example, the medium may say, "I taste oranges," and allow the client to draw his or her own conclusion, or he may say, "I taste blood in my mouth, which is usually a sign someone died of violence."

Clairolfaction, psychic smelling, happens when a spirit communicates through aromas. For example, a psychic medium may smell cigarette smoke if the spirit was a heavy smoker, or he may smell a specific perfume.

Sometimes called clairempathy, psychics may receive information from spirits through the language of emotions. In this case, the spirit communicates emotion by making the medium feel those emotions as if they were their own. In this type of communication, a medium may start to cry if a spirit is feeling sad or may feel scared if the spirit is trying to communicate something frightening that happened.

Some psychics have the ability to channel a spirit directly if the spirit is capable, allowing that spirit to speak through them. This is the type of spirit communication you often see in movies, such as how Whoopi Goldberg's character channeled Patrick Swayze's character in the movie Ghost. Channeling is often difficult for both the spirit and the medium, as the medium needs to step aside to allow the spirit to speak through them.

Another form of channeling, automatic writing occurs when the spirit comes through the medium in the form of writing. During this process, the medium makes no attempt to control the pen or keyboard, but allows the spirit to move the writing tool as needed.

Spirit Communication Without a Medium

Although communicating through a medium is usually the easiest way to be understood, spirits may also communicate with the living who have no psychic abilities in various ways. In some cases, the person receiving the message may be aware it is spirit communication, but this is often not the case, and it takes repetition of the same symbols for the living person to recognize the nature of the communication.

One way spirits may communicate with non-psychic living people is by sending signs and symbols. For example, the living person may find pennies in random places around their home left by the spirit, or they may see the same hummingbird or butterfly over and over again. These can be communications from the spirit to let their living loved ones know they are well and still with them. According to well-known parapsychologist Loyd Auerbach, spirits are able to do this using psychokinetic energy.

A common way spirits communicate is through psychokinesis, which is the act of manipulating objects physically with psychic energy. Auerbach notes much of the evidence paranormal investigators collect, for example, occurs because spirits are using psychokinesis to manipulate various objects. 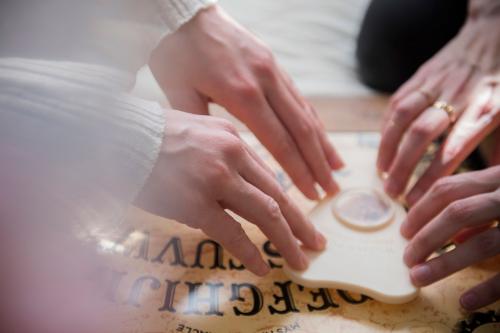 Spirits may also communicate with the living in their dreams. This is because in a dreaming state, people set aside their biases and preconceived notions so they are more open to communication. Dreams of spirits often have a hyper-real quality to them, which make them differ from other types of dreams, such as symbolic dreams.

Spirits communicate in a multitude of ways. How they communicate depends on how much energy the spirit has, how they have figured out to communicate, the instruments people have available, and the abilities of a particular psychic medium. Whether the communication is simple or sophisticated, however, the result is the same. Messages from the other side allow you to know your loved ones are still with you and consciousness continues after bodily death.

1
Comments
© 2006-2021 LoveToKnow, Corp., except where otherwise noted. All Rights Reserved.
Resources, Advice & Tips for Covid-19
Read More
How Do Spirits Communicate With Us?