Psychic attack symptoms are often difficult to prove. Some people suffering from what is called a psychic attack might not be aware they are being targeted. There are several types of psychic attack that carry significant signs the person is being victimized.

What Is a Psychic Attack?

Many of the world's cultures believe in the ability to harm others through what's known as a psychic attack. Some refer to this form of violence as placing a spell on someone. Black magic practices are often used to create this type of harm to another person. Ancient cultures define psychic attacks as real and once the symptoms are recognized can offer various remedies.

How a Psychic Attack Is Carried Out

Other predators attack the person deliberately. They focus on interfering with the targeted person's energy fields, such as chakras or the aura. There are various ways to attempt this, but the common thread is to send negative energy to the targeted person. This can be in the form of mental pictures, thoughts, and even emotions. Some strong attackers use suggestive and hypnotic techniques.

You can be under a psychic attack and not be aware of it. You can assess these circumstances by making a list.

Symptoms of a Psychic Attack

Once your list is completed, you'll have a wealth of information to assess and determine if you're under attack. There are certain symptoms you can identify as the result of a psychic attack. These include:

People claiming to suffer from psychic attacks often reveal they have negative thoughts that are not their own. This type of attack is not always easy to recognize. In fact, sufferers often question their sanity since the strange thoughts come out of nowhere. If the person is attuned to their inner being (higher self), they can quickly discern such an intrusion into their thought processes. This kind of attack starts with subtleties that aren't easily recognized and build upon each other until the person is mentally exhausted and confused. A manipulative adept can even control their victims by sending disturbing mental images and even thoughts. They can cause their victims to act out of character through this mental disruption. Empaths that haven't come into their own are very susceptible to this kind of attack.

There are a few things you can do to counter this kind of psychic attack. These include:

Nightmares of Being Attacked

A very common symptom of a psychic attack occurs when you are most vulnerable - asleep. This type of attack comes in the form of a nightmare. The victim dreams of being hunted or chased. The nightmare heightens with the victim being viciously attacked. Fear and panic drive the nightmare, and it often becomes a repetitive dream that over time physically and mentally exhausts the victim.

The best defense for these nightmares is to program your dreams before going to sleep. This takes practice, but with diligence and patience it works. It 's an excellent defense about psychic attacks while sleeping. 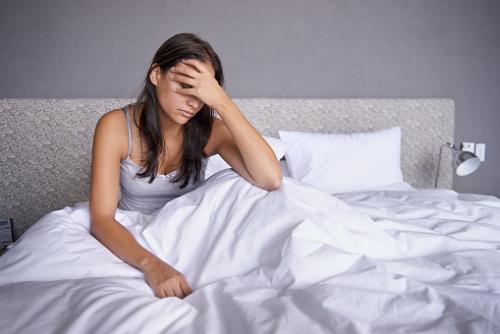 Feeling as though you're in a trance-like state or under a hypnotic influence could point to a psychic attack. The victim is usually in the presence of their attacker. The attacker's energy field can be strong enough to overpower the victim. Some attackers are trained in hypnosis and know how to modulate their voice and use specific words.

How to Defend Against Involuntary Hypnosis

There are a few ways you counter involuntary hypnosis:

Another possible symptom of being under a psychic attack is the sudden inexplicable sense of fear. This often isn't any kind of fear that you've ever experienced. It can take extreme measures, such as a fear to drive the familiar road to your place of employment, a sudden fear to venture outside your own home, or fear to enter a church or other religious gathering place. The fear overcomes the victim until the individual is simply unable to move. They fall into a state of inexplicable panic and suffer the physical symptoms of terror.

To counter this kind of attack try the following: 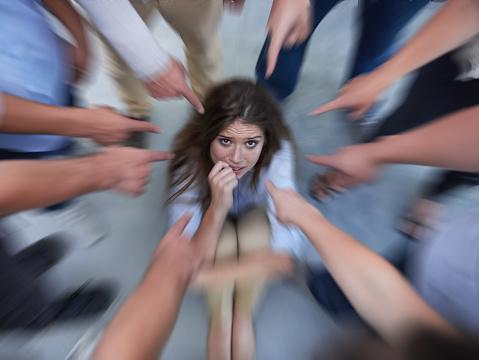 You can feel the effect of the energy a person generates when they create a curse or black magic spell. This comes to you as an outside force or energy. It may give you a headache or some other physical sensation. The good news is such acts always ricochet back to the person creating them.

There's an old saying, "Be careful who you point your finger at, 'cause you have three more pointing right back at you." This is how sending negative thoughts and energies to another works. The universe holds up a mirror and sends it back threefold to the perpetrator.

To Protect Against Curses and Black Magic

Still, you need to protect yourself from such evil actions.

A lack of energy can wear you down and be the result of a psychic vampire draining your prana or chi energy (life force). Some people don't even realize they're psychic vampires. The symptoms of coming in contact with one are weakness and exhaustion. If you've ever witnessed someone who was feeling low suddenly burst with energy and comment how you always make them feel better, it's possible that person is an unaware psychic vampire. They feel better because they siphon off your chi energy, leaving you feeling drained.

There are several ways you can protect yourself against people who drain your energy. 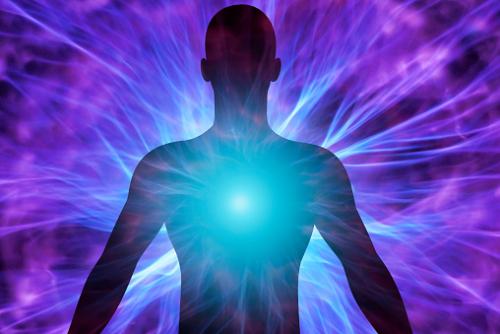 Once you understand the various forms a psychic attack, you can assess your situation. Undertake a two-prong line of defense to ensure you've covered all the bases to take care of yourself. This includes medical and psychic assessments followed by any treatments and defense techniques specific for the type of psychic attack being waged.

It's important to realize you can have symptoms of a psychic attack and not be under attack. There are very real physical and mental illnesses that mimic psychic attack symptoms. Be sure you approach any analysis with a healthy dose of skepticism. For example, if you're depressed or have suicidal thoughts, consult a medical professional immediately. The truth is, you'll need all the help you can get to defend yourself if you are under psychic attack. Establishing a healthy medical first line of defense will keep you from deteriorating while you fight with a second line of defense.

The second line of defense is both spiritual and psychic. Analyze when the attack occurs or escalates. Write down where you were, what you were doing, what you were thinking and who you were with. If you're convinced you're under attack, plan and execute your defense.

A Sovereign Child of God

It's important to remember you are a sovereign being of God, and no one underneath the divine Creator has the right to exert their will over yours. Don't give your permission to them. Stand up against a psychic attack by declaring yourself a child of God. State you have dominion over those trying to manipulate you. You'll immediately feel their hold over you release and disappear. Always protect yourself by encasing yourself in a bubble of white light. Anything that isn't of divine light won't be able to enter your bubble of light and harm you.

3
Comments
© 2006-2020 LoveToKnow, Corp., except where otherwise noted. All Rights Reserved.
Symptoms of a Psychic Attack