How an out of body experience (OBE) feels is highly individual. You may ask ten people about their experiences and get ten different results. However, there are some generally reported physical, spiritual, and emotional sensations common among astral travelers that occur before the spirit separates from the physical body, during the OBE, and after the experience is complete.

Out of Body Experience Symptoms Before Separation

Astral travelers report numerous sensations that occur before the spirit separates from the physical body. Those listed below are common among astral travelers, but not everyone notes some or all of the sensations. In fact, some people may feel as if they are sleeping and suddenly realize they are out of their bodies without any physical or emotional sensations or build-up.

You Are in an Altered State of Consciousness

OBEs occur during altered consciousness when brain waves are in highly relaxed patterns, such as during delta, alpha, or theta waves. These include the following:

You Feel Sleep Paralysis or Heaviness

One of the first signs many astral travelers report is experiencing sleep paralysis or noticing overall heaviness throughout the body that makes it feel difficult--if not impossible--to move. Some OBE researchers suggest sleep paralysis is the gateway to OBE, and when you realize you are experiencing sleep paralysis, you may be able to generate an out of body experience intentionally. For some, however, suddenly realizing you are unable to move is stress-inducing, so you may also notice associated discomfort, fear, or worry while you are in this state. The best thing to do for out of body travel is to recognize the fear, release it, and relax into the sleep paralysis knowing you are safe and your body will continue to do everything it needs until you are able to control it consciously once again.

You Hear Buzzing, Humming, or Whooshing Inside Your Head

Astral travelers frequently report hearing strange noises that seem to echo inside of their heads. These sounds are most commonly described as a buzzing, humming, or a whooshing similar to the sound of the ocean. The intensity of this sound may be very quiet, or it may be overwhelmingly loud. Other reports of sounds include hearing tones, ringing similar to tinnitus, bell-like sounds, or hearing what sounds like a choir.

You Notice Vibration or Shaking Sensations

Another common sensation out of body travelers report is feeling vibration or shaking sensations.

While in your state of altered consciousness, you may notice your awareness shifting back and forth between being in body and being out of body. This may lead to an understanding that you have two bodies, astral and physical, or it may cause you to understand that while your physical body is part of you, it is not all of you.

Even experienced astral travelers sometimes face these sensations and shifting awareness with fear or trepidation. If you've never had an OBE before, you may be more likely to feel fear about what you are experiencing and what it means for your physical incarnation, particularly because OBEs are associated with the death state and near-death experiences. This fear can range from mild discomfort to overwhelming terror. Others may feel curiosity or excitement. If you do feel intense enough fear, it may cause you to return to your body quickly, ending your OBE. If you notice the sensation of fear and want to continue your OBE, try to relax and know your soul is perfectly safe as you travel outside of your body. 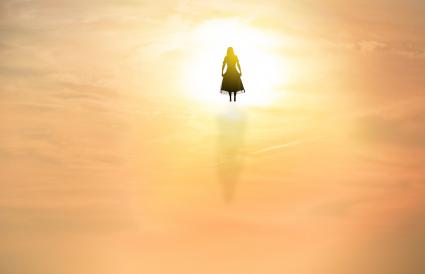 All of the above are precursors to the actual OBE. The moment your spirit separates from your body, however, you are now having a full out of body experience and traveling astrally. And while experiences vary from person to person, there are some common sensations many people report.

You Somehow Find Yourself Outside of Your Body

For many people, there are no precursors to an OBE. They don't hear buzzing or notice sleep paralysis. Instead, they are suddenly aware they are outside of their body. Many people have their first OBE spontaneously and without warning. So in some cases, you may think you're fully awake and get up to do something like turn on a light, only to have your hand unable to flip the switch. The startle from this experience might cause you to slam back into your body and end the OBE, but if you can stay calm and remain in a state of relaxed awareness, you can continue your astral adventure.

Your Experience Feels Dreamlike but Much More Vivid

In astral travel, many experiencers report they feel as if they're in a dream-like state, but an unusually vivid one. You may notice sounds, sights, and smells appear real and accurate, but they are bright and and intense; they're even more vivid than when you're awake. Some refer to this as a sense of hyper-reality, as if everything is brighter, louder, smellier, and more brilliant than it would be in normal life.

Common to many OBEs is the sensation of floating, drifting, or flying. This varies from person to person. For some, it may feel like riding on a roller coaster. Others may feel peaceful and joyful. You may drift quietly and serenely, or you may zoom about rapidly. Some even experience a portal opening and floating through into a different dimension.

You See Your Own Body as an Observer

A common report of people who have had OBEs is that they notice they are somehow hovering over their bodies observing all that is happening to them. This is particularly common in NDEs or during a surgical procedure. Some people who have had these experiences later report what they saw while unconscious to people who were there and have their experiences confirmed.

You Look Down and Don't See Your Body 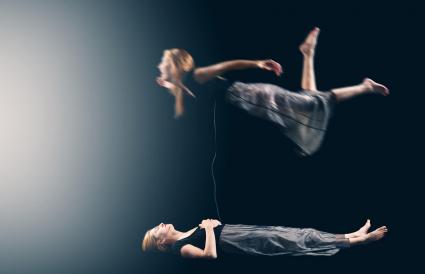 While some people report seeing a ghost-like (astral) body when they look down at themselves during astral travel, others don't have body awareness at all. A few also report seeing a silver cord connecting them to their physical bodies while many don't see or sense any connection between the two. Others report an awareness of two bodies and the increasing understanding that their physical self is only one of their bodies.

You Experience a Sense of Freedom

Once away from the low-vibration human body, people astrally traveling frequently report a sense of freedom unlike they've ever had before. They may feel lighter or notice an absence of the aches and pains that often plague human bodies. They may also experience a sensation of unlimited joy associated with that freedom. Others report feeling as if they are expanding like a balloon, growing far bigger and more expansive than is ever allowed by their human bodies.

You Can Pass Through Solid Objects

Often the first sign to someone they are truly having an OBE is that they pass through a solid object, such as a wall or closed window. They may also try to grasp or touch something, only to realize their "hand" passes right through it.

You Experience Depersonalization or Dissociation

During astral travel, some people recognize that, while there is still identification with the body and ego as an "I," they are also part of a much greater whole. They may experience a feeling of distance from their sense of "I-ness" and recognize that while the "I" of their physical presence is part of them, they are much larger than the small sense of selves they have when they are identified with ego.

The Experience Is Unpredictable or Difficult to Control

Especially for people new to OBE, they may find their travels, at least initially, are difficult to control. Some people report feeling as if they are being pulled along by magnetism or gravity or by a force greater than themselves. With intention and practice, however, many people discover an increasing sense of control during their travels.

What You Experience After Astral Travel 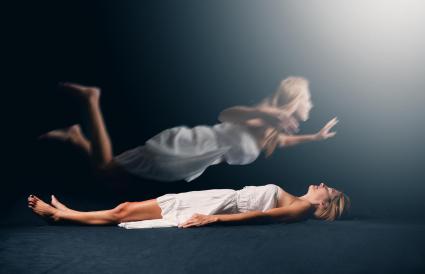 For many people, out of body experiences offer profound proof they exist far beyond the physical realm. And while sensations and experiences differ, again there are commonalities that may arise.

You Feel Like You Are Suddenly Smacked Back Into Your Body

Many astral travelers report hard landings after their spirits have roamed away from their physical bodies.

Not everyone experiences a hard landing, however. You may slowly come to awareness, much like waking up from a dream or coming out of a deep meditation.

Sleep Paralysis May Remain for a Few Moments

It's not uncommon to experience ongoing sleep paralysis for a moment or two after you are aware of returning to your body. Relax into it, and you'll soon be back to normal.

You Feel Skeptical of Your Experience

It's perfectly natural to feel skeptical you've had an OBE, especially if your experience was spontaneous or happened during sleep. Many people believe it was just a realistic dream or a hallucination.

You Feel a Sense of Enlightenment or Spiritual Awakening

For others, an OBE is a profound experience because they become aware of themselves as an astral body, a soul, or a spirit. Others may have encounters during these experiences that are life altering and enlightening. For some, astral travel is a life changing experience that may challenge what they believe they know of the universe.

You're Excited to Try It Again

Many people love their first OBE and want to try it again as soon as possible. For some people, this sets them on a path of exploring astral travel during meditation or dreaming as a way to learn more about the universe in which they live.

No Two OBEs Are Alike

While there are similarities reported among astral travelers, no two OBEs are ever exactly alike. You may have some, all, or none of the above experiences. As with all forms of psychic and supernatural abilities, your experience with astral travel is meant for you, and it occurs as a gift from the universe to serve your highest and greatest good.

11
Comments
© 2006-2020 LoveToKnow, Corp., except where otherwise noted. All Rights Reserved.
Resources, Advice & Tips for Covid-19
Read More
What Does an Out of Body Experience Feel Like?